“If I ripped this seatbelt out, it couldn’t possibly do any harm, right?” 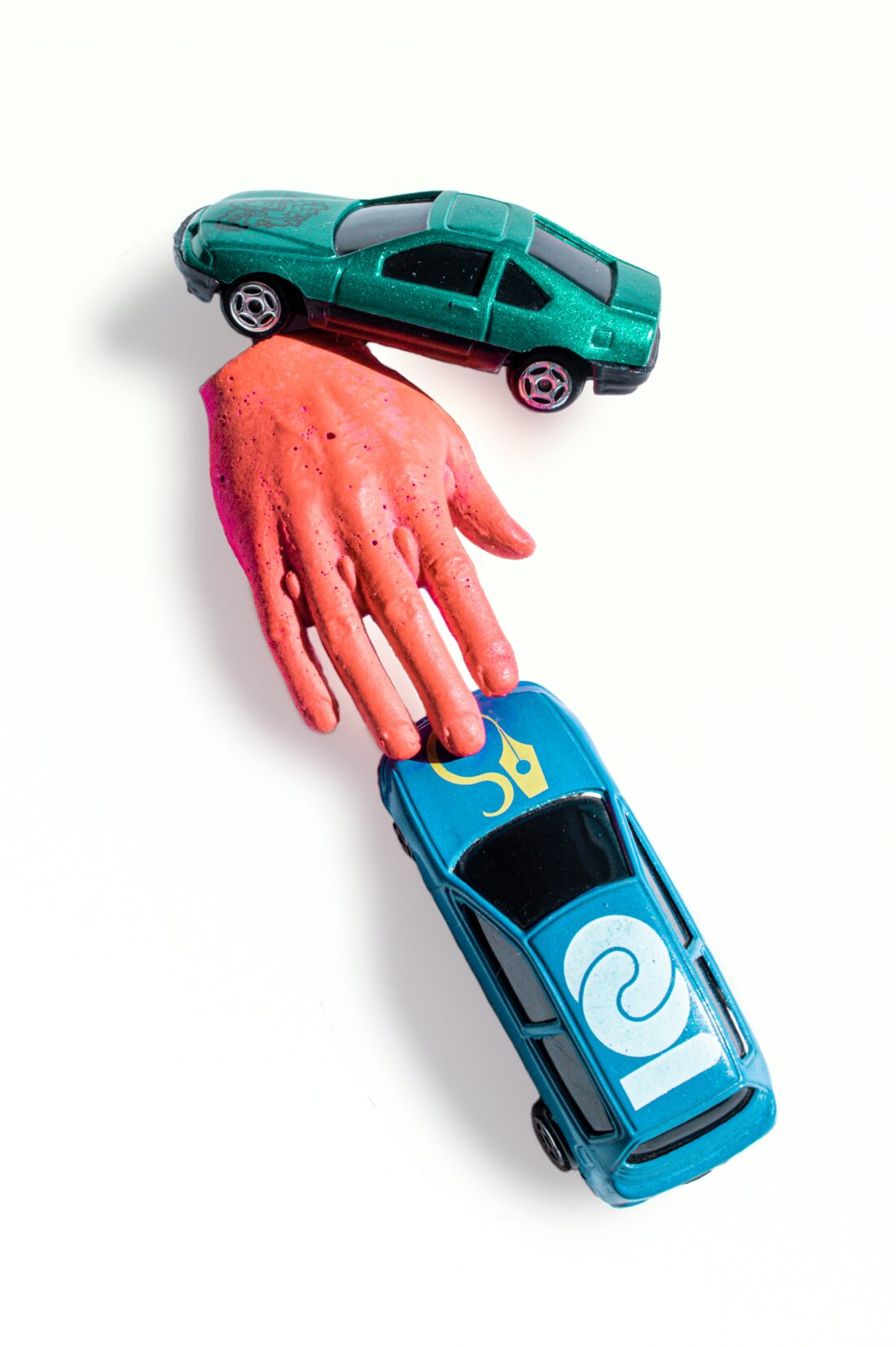 Why the hell are we slowing down?

To feel the jerking and rattling of the large steel cage currently carrying me at 40 miles an hour through an area it should be going 60 in would be to understand that I am cold, to my very core, and I am tired. I am tired of the rattling of this stupid contraption that brings to mind the harried words of an old professor drilling that heat comes from the hot reservoir and into the cold reservoir and we, humans, can never ever achieve maximum efficiency, and that’s what makes an engine.

I am tired of the relentless press of my earbuds on my skull. You know that tiny bit of cartilage that sticks up into your ear, and that nobody except the kid who always sat in the back of my science class seems to know? Right now, it is being bent much too far by the little pieces of plastic that I can’t bring myself to remove, and I’m sure it’s only a few degrees, so really, it’s no big deal. And I am tired of this driver – who had the audacity to pick me up in a cab the size of a mack truck. No, I don’t know what a mack truck is, but people use the expression all the time, so it must be right. This driver who refuses to go the speed limit no matter how much I yell at him in my head. This driver whose head rest is bent forwards. No, not towards me. Forwards. Towards his head. How anyone can drive, presumably all day, with their head bent down and forwards I will never know. But the curve of it, of his headrest, looks kind of like an isothermal curve on a diagram I saw once, and once again an old professor is screaming in my head that I need to use calculus to find the area under the curve so we won’t be doing that in this class, because none of you know how.

I have already taken calculus, and I want to scream back, but a rattle from the jerking contraption I’m strapped into right now brings my eyes back to the tinted window that is trying valiantly to hide how bright and glaring the sun’s descent truly is, and I become highly aware that my shoulders have been creeping towards my ears with a just slightly faster than glacial pace and that I am talking to myself in my head. Perhaps I should be worried about that. I would be, in fact, if I wasn’t so annoyed that my driver is slowing down.

And my neck is getting a stitch in it, which means I will have to put a hot towel on it later and lay on it with my head bent at a slightly unnatural angle, but I really want to see what this building is we are driving by because random buildings don’t just appear out of the brush and long grass that no one has bothered to cut. I’ve always wondered who takes care of the land that no one owns but seems to be kept up anyway. This land is definitely owned though because the stone and brick towers rising on it were not made by little pixies. Why don’t people put signs on things? If they would just put up more signs I could see what this place is, but this seat belt is cutting into my neck and it’s going to leave an ugly red mark that will make people wink and ask me if I got a hickey and I will have to disappoint them but that future is worth it because I have to lean forwards so that I can see who these sign-haters are. Which I can’t do, because the jerking of this horrid bus is going to force me back in my seat, because I can take a lot of abuse from this seatbelt because I don’t want to die and all that but it’d be just too ironic for me to die of asphyxiation because of the damn thing. I can see my tombstone now, right in front of my eyes actually because that’s what those little stone bumps on the grass have to be.

This driver is getting on my last nerves, but I don’t know which specific ones because I am too consumed by the awful feeling of lava seeping back into everything below my neck. I hadn’t noticed there was no sensation coming from my collarbones anymore, but when do we really notice our collarbones? I am noticing them now unfortunately because this stupid driver, and I really should report him for reckless driving, is swerving, and that may have been to avoid a pothole but really, he could have killed me back here with this ugly grey plastic snake that has to have a grudge against me. I’m just really beginning to be sure of that when I finally see something that must be a sign, because I doubt it’s just a random pillar but then the cross on top of it, like someone was playing with chopsticks and happened to be friends with Medusa, clues me in that this really is a graveyard I’m seeing.

We’re supposed to show some kind of respect but the sight of a bunch of bumps rising out of the ground like a forest of grey, ugly tree stumps is not exactly awe-inspiring. At least if they have to put a graveyard out here they could have built some nice memorials or something. I realize that may not be nice because maybe these dead people couldn’t afford the big shiny marble monuments like they give to poets and celebrities, but now that, that is definitely a sign. Which will hopefully enlighten me to the purpose of the large building that has not gone away, has in fact only gotten closer as we’ve driven, to I’m sure the chagrin of this driver who probably believes that if he slows enough he could actually go backwards. Which he probably could, seeing as this hill we’re on is getting slightly steeper, but the elevation actually helps me get a good look at the sign, so that can stay, as long as the driver doesn’t slow any more.

The words on the sign are faint, and look like they need to be repainted, which is annoying because that’s what the letters on my school’s sign look like and every morning I creep in on my bus and turn my face the other way because I can’t stand to see such a terribly sad sight, but they’re coming closer and I can just make them out enough to realize that the ugly, squat building is a school. A school. Who would put a school this close to graveyard I don’t know, and I’m not sure I want to, and maybe I would because I’d really like to have a go at the person who made the decision because the graveyard must be older than this squat neo-classical Jenga tower of a building. The person who would make poor, defenseless children stare out the window every day not at freedom, but at a damn graveyard full of rotting bones in tiny boxes. A rattle from the metal enclosing me harshly reminds me that I too am in a box, and so perhaps I should not pity those sleeping in the ground quite so much. No, perhaps I should pity myself, because the driver was slowing because he was curious too, and the sacred flame of curiosity hasn’t been doused in this race, and I want to throw my hands up in exaltation but I don’t because I’m afraid that my seatbelt will take the opportunity to exact its vengeance on me for a sin I’m not aware of committing against it. Perhaps it’s telepathic. What a world that would be, huh? Telepathic objects. I should write something like that. Yeah, I’d make a good writer. I’m only not a writer because I choose not to be really, because the blank page might be a worse fright than the now very cozy looking boxes directly to my left, down six feet.

But this driver might just be my new best friend, because I can’t believe that the same flame of want flickers in him, and that I am not alone in wanting to know and to understand and to see, and perhaps I should thank this stranger for the gift he has given me, of restoring my hope in humanity and this world. Ultimately, I decide not to though, because that would require opening my mouth, and I’m not sure I have the energy to part my lips because I am tired, and cold. Very cold.