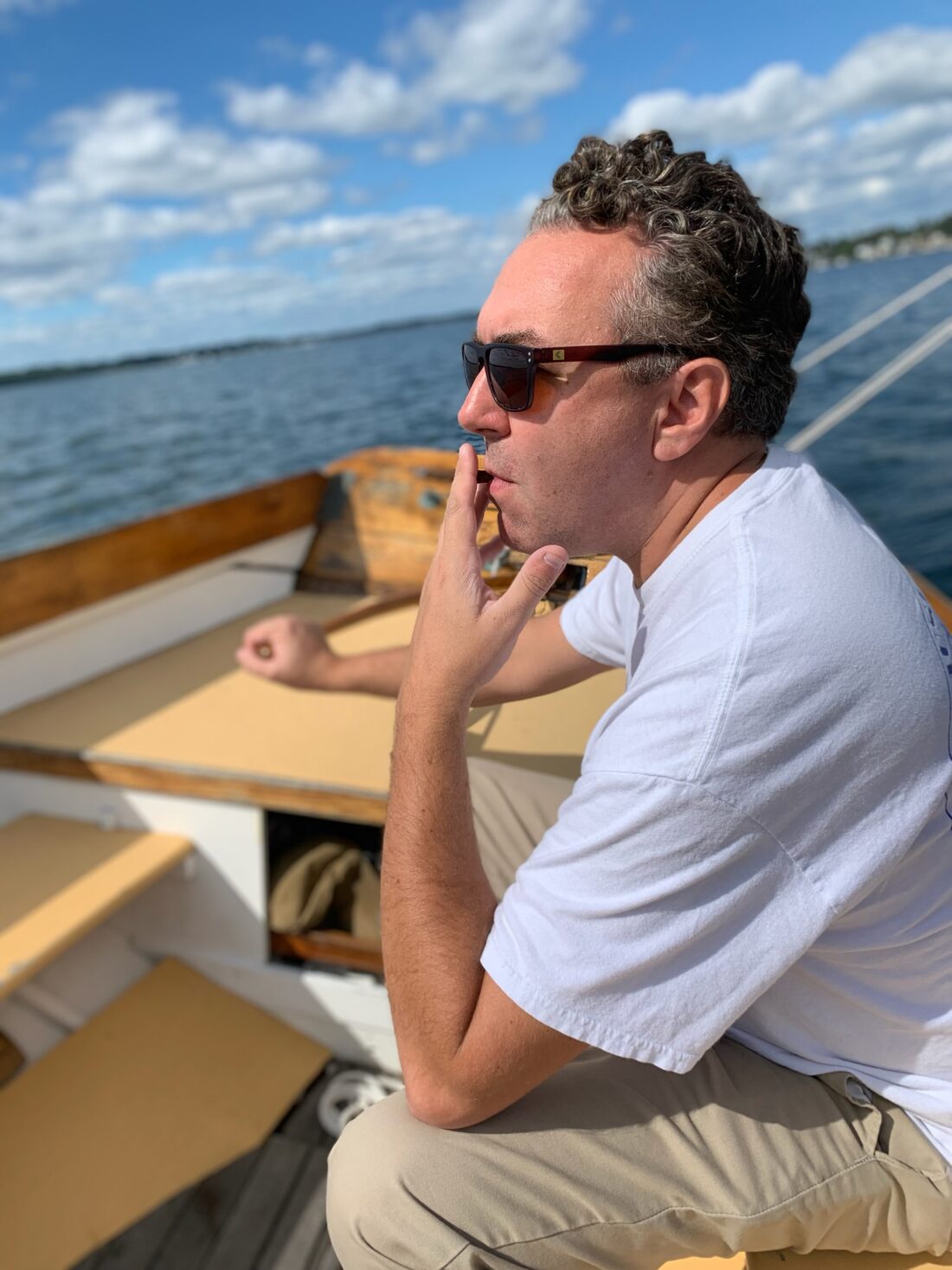 Writer of the Week: Jeff Schneider

Jeff Schneider is a writer, founder of Pig Roast Publishing, and the former guitarist and songwriter of the noise-rock bands Arab On Radar and Made in Mexico. He spent decades touring internationally and performing. Since founding his publishing company in 2017, he has produced a diverse catalog ranging from novels to comic anthologies. Pig Roast Publishing has found a space within the indie-lit scene. In recent years Jeff has begun performing live readings of his written work in the United States and Europe. The books he has written are Psychiatric Tissues: The History of the Iconic Noise Rock Band Arab On Radar (a memoir), Gallons Per Minute (a collection of short stories), and Therapists Gone Wild (a novella). He has been interviewed in numerous publications and also plays on several albums. He is a husband and father of three children. In addition to all of this, he has helped many people in his 20-year career as a mental health therapist.

Jeff Schneider’s writings are tragic comedies about failure, loss, and the unravelling of dreams. Psychiatric Tissues is a comprehensive documentation of the ’90s noise-rock and underground music scene of which Jeff was a part, full of entertaining stories from the road. Gallons Per Minute exemplifies the Gen X trope oriented around depression and societal trauma. Therapists Gone Wild is dark, satirical tale about a therapist who ultimately goes insane.

Jeff is busy with family life and work. He is building his kids a treehouse with leftover lumber from the swing set he constructed for them last year during the lockdown. He also sails, and is the steward of a 1929 Herreshoff wooden sailboat, which he maintains through sanding, varnishing, and painting many layers. He enjoys experimenting in cooking Caribbean cuisine, and highly recommends everyone get some Tajin seasoning!

Jeff is enjoying reading Mary South’s You Will Never Be Forgotten, a tremendously weird and well-written book. He loved the essay collection Tonight I’m Someone Else by Chelsea Hodson, as well as Jon Lindsay’s novella, Body High.

Non-fiction recommendations include You and Your Profile (Identity After Authenticity) by Hans-Georg Moeller and Paul J. D’Ambrosio. He also recommends reading The Price of Greatness by Arnold M. Ludwig. Jeff was asked to be in a documentary film on the connections between mental health and musicians/artists/writers/creatives, and this is an essential book addressing the creativity and madness connection.
Another recommendation is D. T. Robbins’ book of poems This Is What Happens When You Leave Me Alone. Jeff is not a self-proclaimed poet, nor does he publish poetry, but this book had him belly-laughing when he most needed it.

Links to check out: