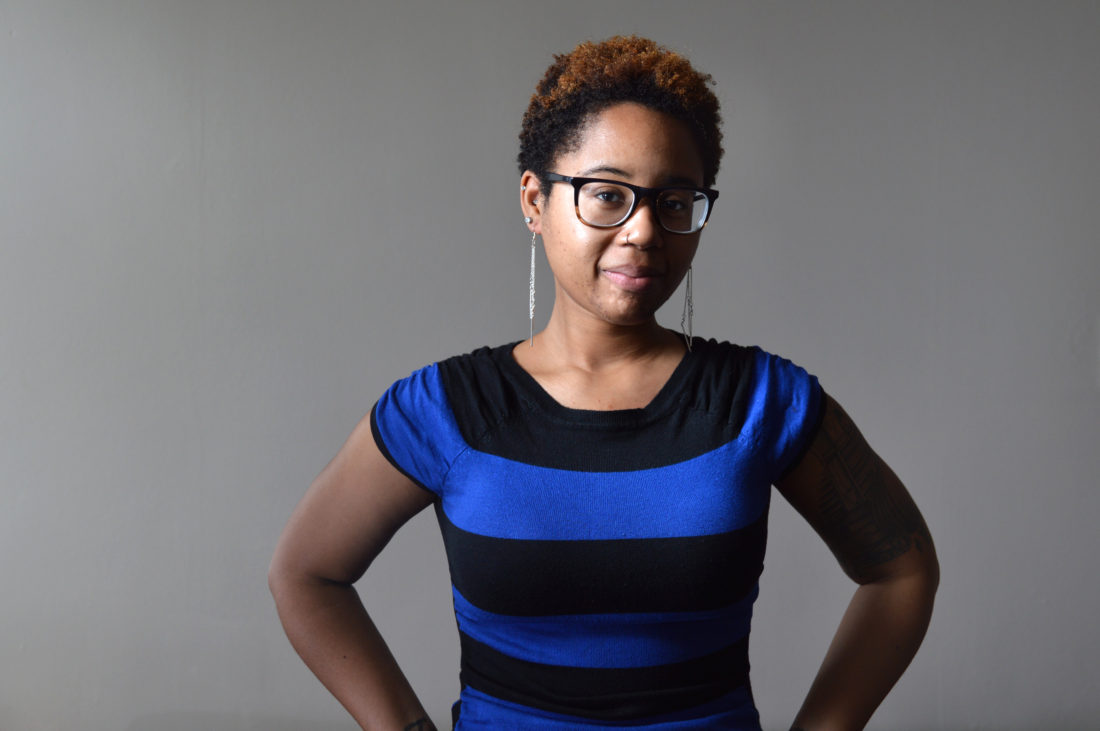 Maya Phillips is a poet, culture writer, and born-and-bred New Yorker. She studied poetry and journalism in Emerson College in Boston and then got her MFA in poetry from Warren Wilson College. She worked at several local and national newspapers, magazines, and newspapers over the years and also worked on the editorial team of the Academy of American Poets. Now, she’s working as a web producer at The New Yorker, where she also writes cultural criticism, and is a freelance writer at The New York Times, Vulture, The Week, Slate, and more. Her poetry has appeared or is forthcoming in At Length, BOAAT, Ghost Proposal, Hayden’s Ferry Review, Vinyl, The Gettysburg Review, The New York Times Magazine, and The Rumpus, among others, and her debut poetry collection, Erou, is forthcoming this September from Four Way Books.
Maya writes about family and mythology, absence and loss. In her book Erou, she re-imagines the story of her father’s life and death through the framework of classical epic poems and the hero’s journey.
Maya spends most of her time writing, whether it’s poetry or theatre reviews or long-form criticism on nerdy pop culture. She always likes to test out new forms, like playwriting, creative nonfiction, and fiction, but she won’t guarantee anything on those fronts just yet. She loves going to the theatre, seeing movies, going to museums, binge-watching TV shows, and nerding out at comic conventions. And she spends most of her day job blissfully thinking about commas and discussing grammar, heds, and deks.
Some of her favorite writers include Anne Carson, Toni Morrison, Kevin Young, Terrance Hayes, Rita Dove, and Patricia Smith, and she recently finished Lanny by Max Porter.
website: mayabphillips.com