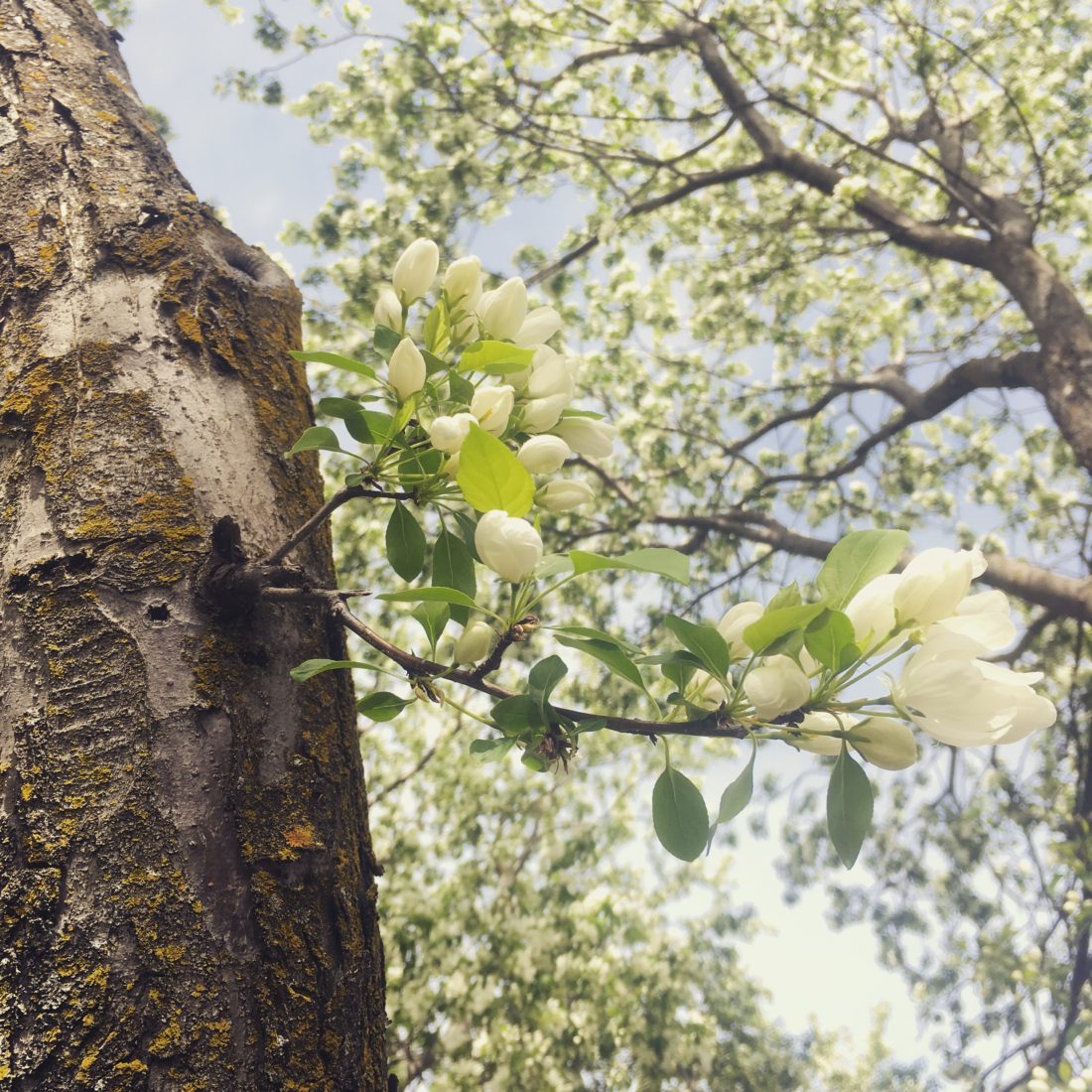 “We writers are the raw nerve of the universe.  Our job is to go out and feel things for people, then to come back and tell them how it feels to be alive.  Because they are numb.  Because we have forgotten.”

In each of the books I have read for this short series—and indeed in all of the writing about loss that I have come across (we can search for writing that isn’t at least a little bit about loss some other day)—there is a steady vein. Sometimes it lies buried, deep under dirt and worms and tears. But—occasionally—it lies exposed, like the mantle at Gros Morne, outsmiling the sun.

This vein is a common understanding, an ethos shared by those who have wrestled with their sorrow. It maintains that “raw nerves” are not receptive only to pain. Raw nerves hurt deeply where there is hurt, yes, but they are also sensitive to the beauty of the fleeting world—they provide the necessary shade of gratitude to each day’s mourning.

This is best exemplified by the book featured here—a strange storm of a book, in which sorrow and celebration smash and swirl together. It contains brief meditations on contending with our own mortality—that last loss that every person has to come to terms with at some point (or—more accurately—the loss that will draw each of us from the breeze and the sunlight down into the earth, whether we have come to terms with it or not)—but is also so very full of laughter and sex and food (oh god, the food!), as any proper account of a death must be.

This is, so far, the best book of 2018—and now that the lede has been buried deeper than any coffin…

The House of Broken Angels opens with the death of Mama América. That may sound like the start of a heavy-handed political allegory, but The House of Broken Angels never escalates to such overbearing symbolism (which is not to say the work is apolitical—just that it, like the best art, is not a simple dialectic). Rather than remain restricted to the role of commentary, her death—specifically, the gathering of a long-dispersed family for her funeral—is the catalyst that sets off Urrea’s shining new novel.

Big Angel, América’s son and the family patriarch, knows that his funeral will be next. Cancer ravages his body, and though he bears it stoically—save for a few outbursts of undirected anger over his fall from wellness and authority—his will has been sapped. While the family is gathered for América’s funeral, he and his nearest decide to play host to one final birthday party: a celebration never to be surpassed.

History seeps into the present. Old tensions are refreshed, estrangements and affections are renewed, and throughout, Urrea makes us feel the presence of the border—a division between generations; between siblings; between the glow of the past and the shadow of the future. Time, in all these reunions, reveals family as something both doomed to cyclical repetition and constantly transforming. Variations on foolish mistakes and foolhardy courage present readers with a fugue that often brings us to wonderfully unexpected new territory.

Urrea displays a masterful command of soft, surprising changes to point of view. As in To the Lighthouse, perspective slides from one mind to another, revealing to us the pasts, secrets, and hopes of even the most seemingly minor characters. For example: in one moment, we are with Big Angel, living out his reflections on his long history with his wife, his Pearl-of-Great-Price, Perla. The next paragraph shows us Big Angel from her eyes, reveals to us the worries and weights that she carries—an unexpected transition, but one always deftly executed.

It would be a thrill to go through this book with a highlighter and color each point of view, but I worry I’d run out of colors. Maybe that says more about me and where I get my thrills, but it is certainly true that nearly every character who appears is allowed at least a moment to tell the story from their own point of view. In a contemporary literary context filled with fiction that defaults either to first- or a very limited third-person perspective, this constant shuffling seems like a crucial feature of The House of Broken Angels. It allows every character, even distant relatives and slimy antagonists, an unusual degree of interiority—and asking us to empathize with each and every one of them. This choice emphasizes perhaps the essential ethos of Urrea’s literature:

There is no them; there is only us.

Big Angel can be as hard as Urrea is generous. It is necessary, he thinks—he must defend his family and himself against a hard world. And we are indeed shown his stubborn ill-fortune; we are asked to watch him harden as life tries again and again to dash his little self against the rocks.

But a softness enters his life in the form of Pastor Dave. Big Angel hopes to do what he can to improve his odds at an eternal happiness, aware that the hard limit on his earthly time is no longer a hypothetical horizon. Pastor Dave suggests that Big Angel make a list of the things he will miss when he dies. This, Pastor Dave says, is one of the greatest and simplest forms of prayer.

Big Angel finds this depressing, and doesn’t think it should count as prayer at all. I absolutely shared that initial reaction—it seems to close, I think, to wallowing, to soaking in your own self-pity. But it reveals itself, throughout The House of Broken Angels, as a near-perfect exercise in gratitude.

His mind burned with random glory. Sunsets over La Paz. The shadows in a ruined Mexican cathedral after the workers had shoveled out the dead pigeons and dung. The infinity of folded shadows between his wife’s thighs. The whale he saw in the Sea of Cortez, rising form the water and hanging there in shattered glass skirts of sea water as if the air itself held its impossible bulk aloft, and flying fish as tiny and white as parakeets passing under its arched belly and vanishing in foam.

These lists become a kind of beautiful poetry—an attentiveness to the details of the world that touches at the heart of the human experience. These lists cut through to the core of the issue: what matters most, in the end? Not the cars or the watches; not the office job. It is his relationships—the things that remind Big Angel of his family. It is in the moments of grace and beauty that are revealed to him (to us!), but it is not only these moments—it is the meaning that these moments accumulate as they are shared time and again with those he loves.

On this day he repented that he had ever loved eating sea turtle soup. Sopa de caguama, how rich it was. With lime and cilantro, fresh rolled corn tortillas with salt in them to catch a bit of borth, and some chile. He didn’t like chile, really, but his father had taught him a man ate chile until he broke out in a sweat…Suffering had been his religion. Big Angel shook his head. But his tongue wiggled from just thinking of that soup. Now all he really wanted was to simply swim with the turtles and beg their forgiveness for finding their flippers delicious for so long.

“Simply” is a word that colors much of the prayer in this book. Big Angel faces his death with an overfull heart, brought nearly to tears by the profundity of the everyday. His new respect for the simple and the minute surprises Big Angel’s relatives and allows Urrea some of his greatest moments.

I remember watching my grandfather cry in the ninth inning of a perfectly pitched baseball game. He wasn’t rooting for either team in particular; he was touched to his core by the sight of the striving man alone on the pitcher’s mound, doing what he loved with all his heart. There is such great joy to be had in witnessing someone do what they are best at…and reading Urrea’s incantatory descriptions of food—of the landscape, the sea, the first heart-pounding assault of love—is precisely such a moment. He plays his heart out all the way through this book, pitching his own perfect game, and it left me in a reader’s rapture.

Four Nights in the Apology Hotel