Condemned to the shadows of Joy: a Review of Comaville by Kevin Bigley 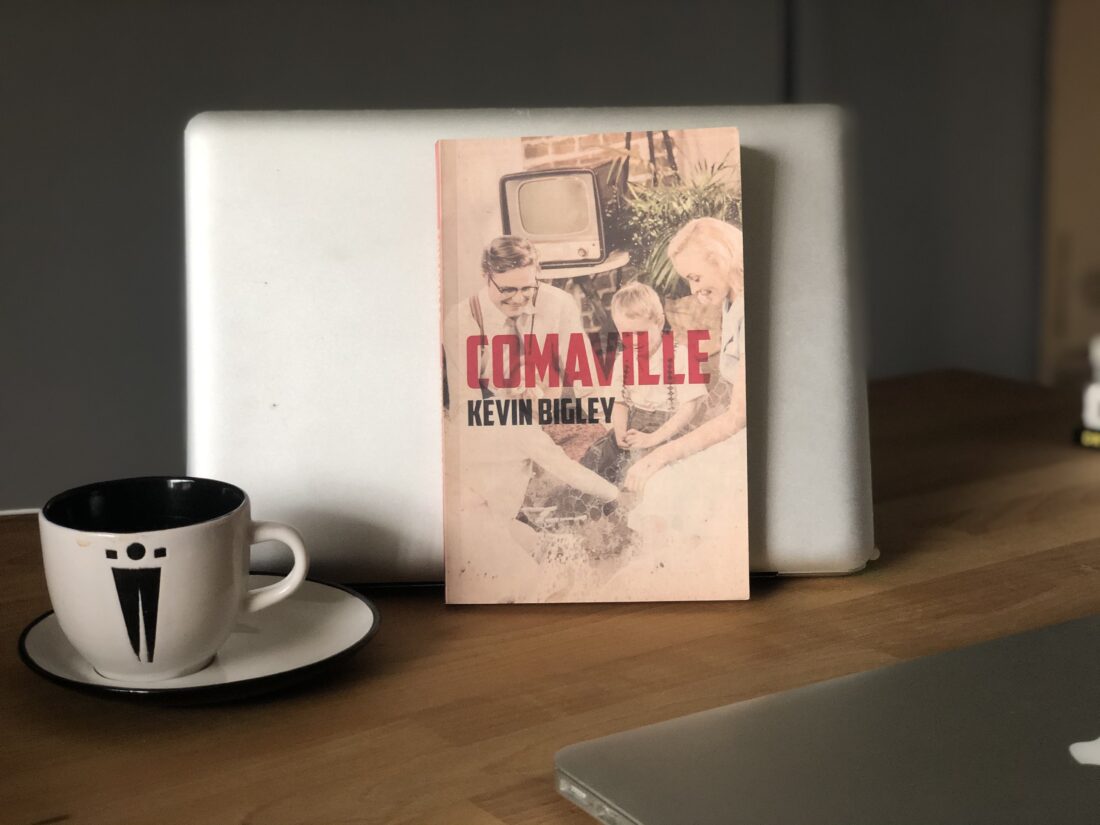 I’ve been bouncing around from book to book these last few months, that seem to have lasted a lifetime. And during this era that we are both sardonically and lovingly calling “endtimes”, it comes as no real surprise that many of us have become drawn toward dramas that depict the struggles and anxieties of the mind. Like exposure therapy, we are all in one boat trying to cope with a sense of unease and inability to take control of our lives by consuming ourselves with content that mirrors our anxiety. Here is where the author and actor, Kevin Bigley, comes in.

No stranger to the genre of chaos and the mind, in this interesting time Kevin Bigley has managed a spectacular feat of not only starring in a new show on Amazon called Upload, that tackles the messy subject of the afterlife but also of writing this debut novel that explores a strange kind of purgatory that might come before it.

Though the two projects are unrelated, they both convey a certain type of hopefulness when it comes to the uncontrollable. One can’t help but feel that Bigley was likely inspired by his work on the show. Regardless, his literary forays are something to be marveled at.

His whimsical and deadpan style is only matched by his insightfulness that comes off as thematically deep. This nostalgic existential crisis of a novel becomes a vehicle through which we may explore ourselves and all the strange things that make us human. He takes the macabre and glorifies it with wistfulness.

Comaville takes us on the mental journey of a 36-year-old software engineer named Josh who has now found himself in a deep coma after a biking accident. Though the idea of the subject sounds full of drama and struggle, Josh has awakened to a better place. One that he knew as a child. Surveying the landscape around him in his deep stasis, he is full of nostalgia and happiness. He is now in his childhood home, surrounded by past friends, and old crushes. Joy and longing are what best describe the moods that define this novel. It is a mental escape that his mind is condemned to whilst his body remains immobile and his future unclear.

Such are feelings that we can all relate to at this exact time. For at least one brief moment in time, we can all now say that we’ve felt the world of the in-between that Josh now resides in. Stuck in a cold comatose state with only our best memories to keep us warm.

I can’t say much beyond that premise because it would only ruin the mystery and intrigue that one needs in the corona era.

But I can say this: as an editor, I can admit being somewhat biased due to my own press publishing some of his early pieces. But as a reader and critic, I can promise that after reading Comaville I am now Kevin Bigley’s biggest fan. This debut novel is the type of thing all of us writers hope to accomplish. Something full of feeling and relatability that even the author couldn’t have foreseen at the time of writing it.

Come for irony, stay for the hopefulness that lies ahead…