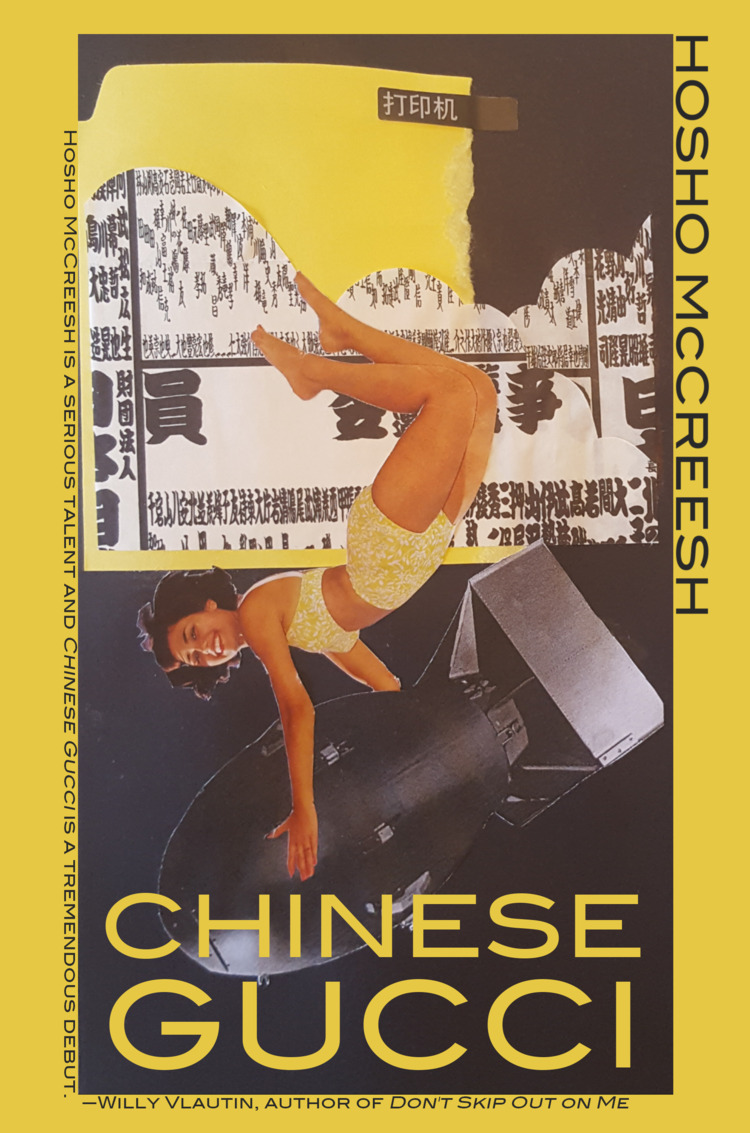 Odd and Lonesome and Fascinating: A Review of Hosho McCreesh’s Chinese Gucci

FOMO, lost-love, and the desire to be both liked and not give a fuck what anyone thinks about you are just some of the themes within McCreesh’s debut novel, Chinese Gucci. This book made all the bad feelings I had about being a shit teenager towards my parents resurface all over again. If you don’t want to be reminded of how terrible you were to basically everyone when you were a teen, don’t read this book. I mean, definitely read this book, but be ready for the flood gates of guilt to open right on up. If you can look back on your childhood and recall all of the lessons you wish you had known but took years to learn, I invite you to reminisce and painfully relive all of the brainless moments of adolescence with McCreesh and me.

The events unfold in sprints, with frequent, quite literal, nap breaks in between, all coming full circle while pulling you every which way to get there. I know it’s cliché to call a book a rollercoaster but here I am, telling you that is indeed a rollercoaster. At times the main character, Akira, leaves barely an inch for empathy. I have never felt a larger sense of sympathetic aggression for a person, real or made-up. The so-called conversations between Akira and his so-called friends, along with all of the blatantly naïve situations they find themselves in, will make you physically cringe away from the computer screen, palm to your shaking forehead. Chinese Gucci is mundanely observational yet curiously pulling and extremely personal. I feel like I watched this entire book unravel via live Twitch stream, wanting to both guide him down these paths but also sit back and watch it all burn the way we all know it sometimes does.

Though the book is masked through the raw lens of superficiality, it is nonetheless filled with premonition, parallel, and existential questioning, as every story told from the perspective of a flowering juvenile should be. I never thought I could be so enthralled about the circus that appears to be the coming-of-age for an adolescent boy. McCreesh writes whimsically but with an obvious understanding of America’s deep-seated and complicated relationship with capitalism, consumerism, and the delusion that it is something that it’s not and never will be. Though Chinese Gucci may, at times, seem annoyingly typical of the new, blossoming generation, it’s directive unearths latent disturbances in contemporary American society, especially that in which today’s youth find themselves drowning in while unveiling the conflict between how cruel they can be and how soft they actually are within the world.