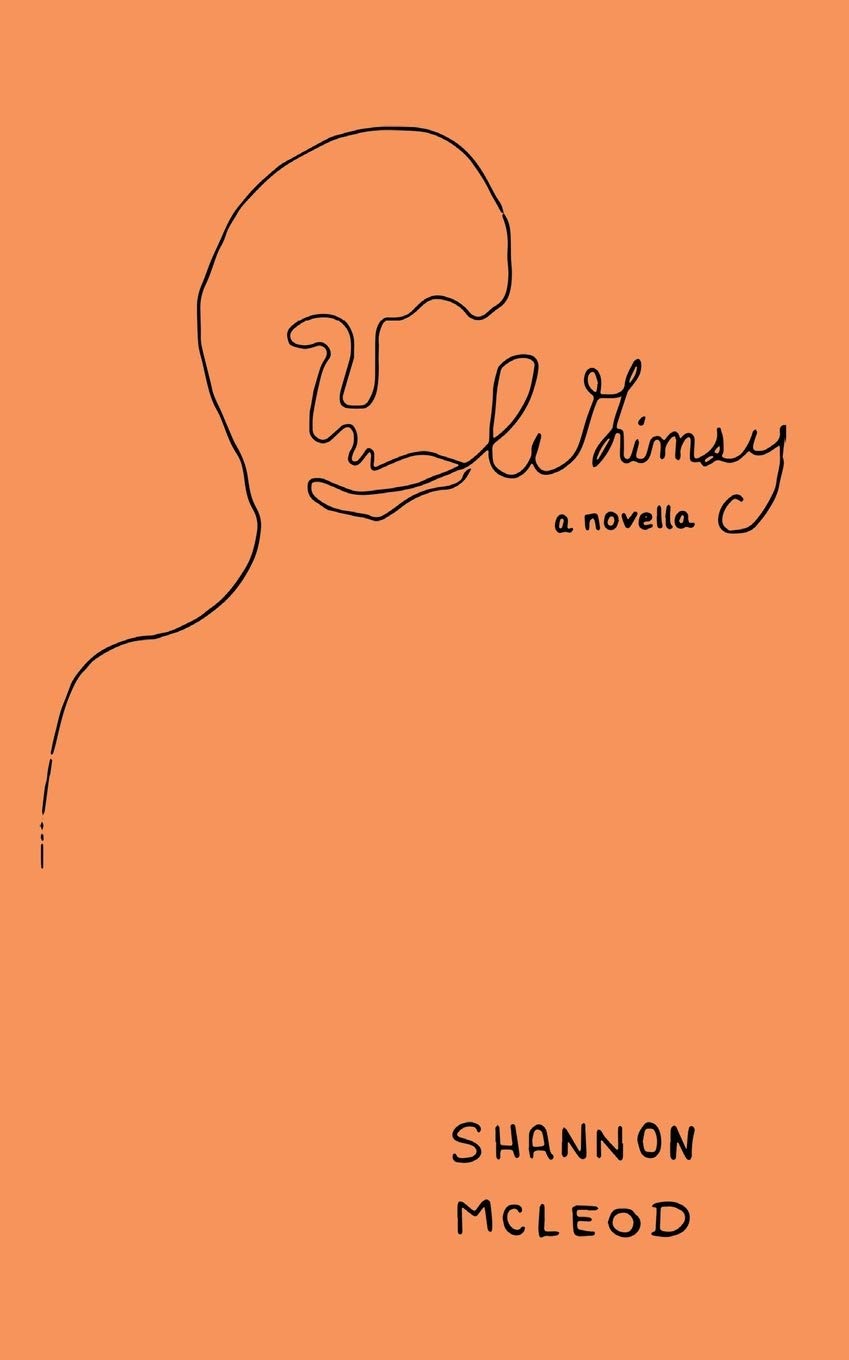 Night Cruising: A Review of Whimsy by Shannon McLeod

Whimsy Quinn, the ironically named anxiety-hero of Shannon McLeod’s 2021 novella Whimsy, is a middle-school English teacher and a woman with a reckless bent.  She does engage in some moments of carefree choice—or let’s call it careless, born from anxiety rather than joy. She operates with a sort of self-protecting, self-sabotaging caprice, making decisions on the relationships in her life quickly and summarily—neurotically protecting against second thoughts tangled with insecurities, past failures, and dormant fears.

Whimsy’s story is relayed to us in vignettes, brief in scope but dense with anticipation, anguish, and heartbreak, speckled with glitters of joy. We focus on two main epochs of her life: in the first, her freshman year of college, Whimsy is behind the wheel in a horrific car accident which kills her roommate, and which leaves her temporarily immobile and permanently disfigured. In its wake, we watch a young woman painfully reclaim her physical world: through interpretive dance, for strength, coordination, and expression; and through the confusing sexual experiences of late adolescence, in search of adult agency and some notion of absolution. The story shifts back and forth to the present day, where Whimsy teaches seventh grade—a dangerous arena in which she’s constantly aware of the cruelty of pubescent children, who are just forming their first conceptions of the adult body and what constitutes a “normal” form.

The major success in McLeod’s writing is in the quiet revelation of the events and tragedies that shape her character’s psyche. Much of Whimsy’s story is rendered in the negative space, but little is lost—we feel her present anxieties and the tender spots in her heart, and we can infer, as in this scene where she describes her mother’s divorce to the object of her romantic interest:

He laughed at my impressions of her. He made empathetic noises, little grunts and hmms when I described my guilt. I felt I should have been a better daughter when she was grieving her divorce.

“You were grieving too, though.”

I took a sip of my tea and licked the traces of liquid from my lips. He watched me. He wasn’t afraid to, like so many others.

Later, I would feel this exchange had been planned for weeks. He was completely aware of his intent behind every empathetic noise. I was aware of the intent behind sharing my incredibly ordinary mother-inflicted wounds. But maybe this is all rationale. Perhaps I still haven’t learned that a person who is kind is also capable of doing great harm. For this evening, though, the lamplight did not reveal metacognition. We were in a half-awake state. We were our hot toddies and the throw pillows our bodies gradually eased into.

Aside from the classic retrospective paranoia and self-doubt after a breakup, her subsequent unbeautiful feeling is especially fraught—since the accident, Whimsy has caked-on foundation to mask the scars on her face, the severity of which we never really understand. We are constantly reminded of Whimsy’s deformity—always fingering the ridges of her skin, covering with makeup, conscious of reflections and the perceived comparative beauty of other women. The scars make the world sympathetic and patronizing to Whimsy, something she hates to constantly navigate, but has even more trouble dealing with in its absence. She treats herself as abnormal and freakish, and so she cannot comprehend the motivations of those who treat her normally or see her as attractive. This is where McLeod’s character shines, or burns. Whimsy is so desperate to overcome her aversions and phobias that she cancels even ordinary apprehensions: she drives over black ice, tired and buzzed, assuming she’s been unlucky enough for one lifetime, and we read with a harrowed grip on the pages.

The aftermath of Whimsy’s trauma is visible to the world, but it’s not hard to extend McLeod’s ideas to unseen damage: the emotional, psychological, and sexual abuses we suffer privately and bear daily. How differently people would treat us if they could see our story at a glance—but perhaps it’s better they don’t.