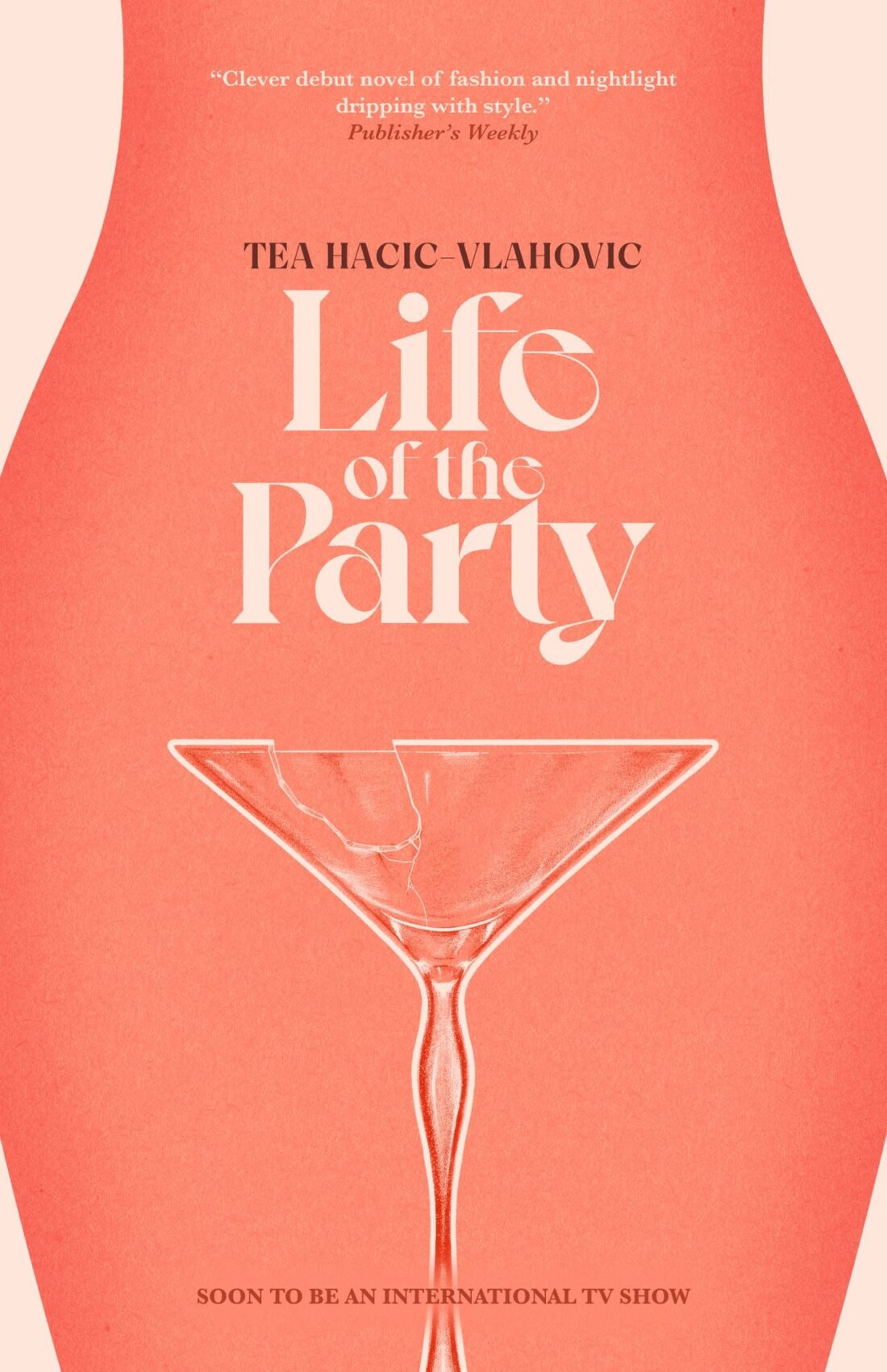 When I Was a Muse For Sin

A Review of Life of the Party by Tea Hacic-Vlahovic

How hard should you scrub, and with what chemicals, to remove stains from the fabric of the heart? Tea Hacic-Vlahovic’s novel Life of the Party, published this year by CLASH Books, doesn’t even try. The book frays, bleeds, fumes, and revels in filth.

Mia is a twentysomething fashion student in Milan and a vertex of poverty, opulence, beauty, ecstasy, and revulsion. She wears couture and wants to die. Her meals are cocktail olives, powder from strangers, and cigarettes. Her friends are models, enemies, fashion designers, and pigeons.

Somewhere in Mia’s heart is a punk rebelliousness, which she expresses not by rejecting our hypercompetitive, hyperconsumerist world, but by accelerating it to its absurd logical conclusion. Her name is literally “mine.” She doesn’t have a prestigious last name or a fat bank account. What she does have is her body, her attitude, and an acute perception of how others receive her. Among the amoral milieu of Milanese high-fashion, she is able to freely convert her self-currency into real commodities: free drinks, stolen highs, magazine shoots with a famous photographer, trips to Venice and Paris. “Being used isn’t a bad thing,” she says. “It literally means that you’re useful.” Never mind that the sex is selfish and pleasureless, or how much the men resemble gargoyles when they come, which we see through no softening cloud of arousal or attraction. That’s business.

All exchanges come at a cost, and Mia’s is, perhaps obviously, to her self-worth. Just throw it on her tab. Aside from the perks, Mia uses sex to affirm her horrific body image. Ever since a comment from a relative as a teen that her “ass was too big for boys to like [her],” Mia has skipped meals, counted calories, slammed laxatives, chewed and spat. It gives her a backward sense of control: in a world where her worth is determined by men’s opinion of her body, she takes pride in her ability to regulate its shape. Or, she did, until illness decimated her weakened body and forced her into an uneasy truce with food. “Sometimes I consider trying to eat normally,” she says, “but then what would be special about me?”

Hacic-Vlahovic’s prose is slanted and uncomplex, and the book reads like a night out: at times strobing and overstimulating; at times careening into a gutter and waking up there the next morning painfully sober, short on cab fare and serotonin. Mia’s narration careens, and she philosophizes in 140 characters or less: “We all know that sleeping with a guy is easier than trying not to.” “Sobriety is the worst eating disorder.” “Women are built to omit catastrophes.” Sometimes, though, there are moments of sustained clarity, as when Mia reflects on her inability to orgasm with a partner:

Mia’s absolution comes through a more pure form of sin. After an awkward introduction to her older, abusive boyfriend’s wife, she dumps him, quits her job, and becomes a stripper. Her newfound control over her relationship with male attention brings her life in Milan into renaissance: we see the filthy streets with a glimmer of joy, more beautiful pigeons, and a project for fashion school which, it’d been so long since Mia attended, I’d nearly forgotten about. What is Mia’s is, of course, ours, so she shares with her newfound wisdom classmates: “This collection is about living your fantasies all of the time. Sometimes you live out your fantasy on purpose and sometimes by mistake. Usually by mistake.”