Review of Boris By The Sea by Matvei Yankelevich 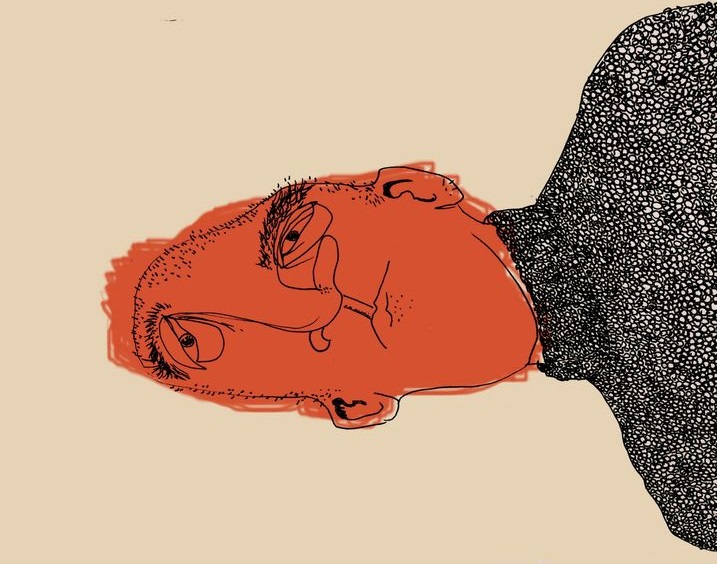 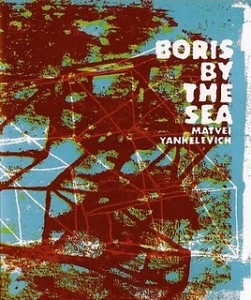 Boris is alone. He finds company with his dark house, his chair, and the sea. But he can’t tell us if anyone else inhabits the world. He isn’t able to let us know if he even exists. He can’t recall his parents or sense his fate. He could be an islanded being, or just an azoic, floating dweller of spaces carved out of hunger and thirst for answers. He spends copious amounts of time by the sea, questioning his own metaphysics. This is troubling for all of us.

Think of the most unknowable questions as sea waves. They come and they go forever.

How did the first people stumble upon the first kiss?

Who am I alone? Missing my role.

Boris said aloud: There is a limit to everything anywhere.

Think if you had the time and space to linger with these questions for an eternity. Boris can. The book where he lives is built out of prose, plays, and poetry. Boris can be a performer, or a character in a novel fragment. He has the freedom gifted by the author to walk around in different skin  and multiple realities in order to expand the curiousness of being.

Boris thought he had died, but actually he was just someone else.

Another Boris. In another room. By another sea.

Sometimes he can die quietly and wake up as an experimental character. Sometimes he remains in his house, and other times, he unhinges his physicality and becomes a house for anyone who needs a place to be still.

She closed her eyes and saw Boris. His mouth was a cave gaping wide. And she looked down into his throat. She went in and closed the door behind her. She was safe here from the rain and bad jobs and hardness. She cuddled in the wet blanket and put her head on an ivory pillow.

Boris gets bored easily. He winds clocks, and forgets how long he has been alone or if the house is actually empty. The hands of his watch stay on eternity. He is constantly busy with examining the ordinary. It’s a behavior that threatens to unravel the security of comfortable existing. When he is by the sea again, with no surrounding distractions, Boris hurts for answers. Whenever he tries to understand the mechanics of his own physicality, whenever he tugs on his shoulder blade, or compares himself to something inanimate, he develops an itch, a pain, or an endless thirst.

Boris was thirsty so he watered his plants. When the plants died   from being over watered Boris was still thirsty. Boris had no     more plants to water so he watered the sand that was left. The       water sat in the sand and went nowhere.

When you are alone, entirely alone, you may begin to question your own existence. Your origin, your material, your purpose before dying. But you will likely never sit and think about this perpetually, because you will never be entirely alone. If you were stranded on an island, there is still a piece of earth where another being exists, even if it’s thousands of miles away.  And you know this.  Boris is unsure. He is a language animated existential crisis who can change shape whenever he likes. He inhabits us all.

You can buy Boris By The Sea here: http://www.octopusbooks.net/books/boris-by-the-sea