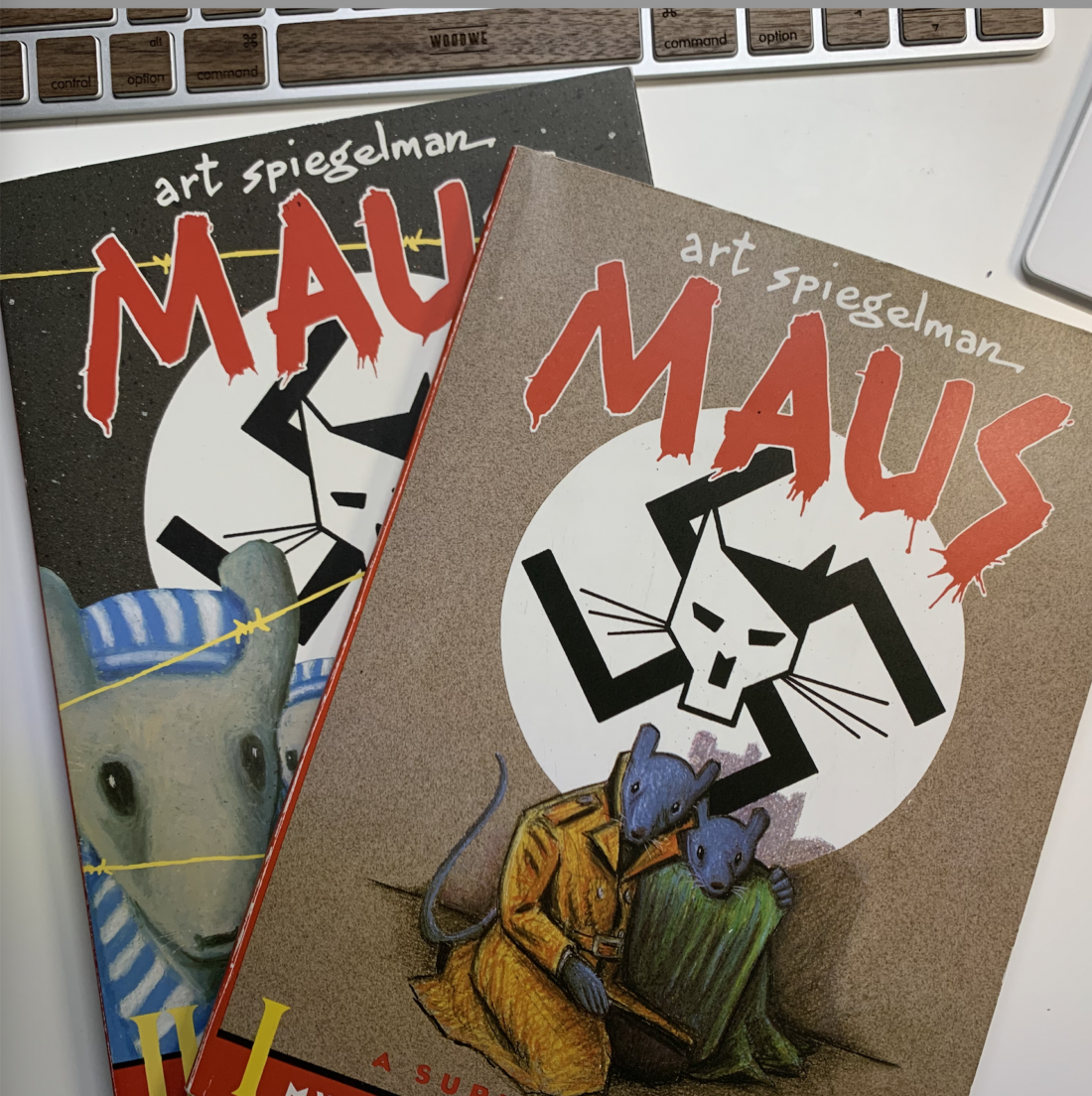 The Best We Could Do & Maus I/II

Unlike the novels Beloved and On Earth We’re Briefly Gorgeous that we explored in one of the previous weeks, The Best We Could Do (2017) by Thi Bui and Maus I and II (1980) by Art Spiegelman present narratives where the children, the authors themselves, feel a disconnect to their parents because of their differing experiences and discover that they were lacking in understanding their parents’ past traumas.

Thi Bui’s novel explores the past and present of her family through the graphic narrative form, where she uses iconic imagery to create a sense of plurality in terms of refugee experience, but at the same time, emphasize the presence of individual experiences. Bui seems to struggle to understand the traumatic pasts of her parents, her mother in particular but is able to reconcile with her family through motherhood. Unlike her parents, she did not grow up in the landscape of the Vietnam war, but in the comfort of city life in New York instead. One common theme that Bui explores throughout the length of the graphic novel is the cross-cultural and cross-generational gap between her and her family.

In Art Spiegelman’s graphic novels, he presents himself as a rather unsympathetic character, emphasizing the distance between him and his father and his lacking understanding concerning his father’s repetitive and systematic actions, which we come to understand is the result of his traumatic experiences during WWII. Much like Bui, Spiegelman also uses iconic imagery—where those of Jewish nationality is presented as mice and the Nazis as cats—to highlight the plurality of Jewish experience at concentration camps, but emphasize how individual experiences may still differ through his father’s story. Spiegelman illustrates, literally, and amplifies the horrors and violence of the holocaust. His graphic imagery depicts the inhuman treatment that his father had undergone, the racial differentiation and discrimination at the time, and how families betray one another to ensure their own safety.

The Best We Could Do and Maus I and II stress the disconnect of both time and space between Bui and Spiegelman’s generation and their parents’ generation, stressing how past memories largely influence current identities, current actions, and current values. Evidently, Bui and Spiegelman show their readers that traumatic wounds do not define refugees and survivors, but they are also something that never leaves. Where Bui uses differing background colors to show the disconnect between her and her mother along with the layout of the pages, Spiegelman mainly uses dialogue.

Nevertheless, by the end of each novel, it appears that both Bui and Spiegelman have come to better understand their parents and their traumas, and the psychological chaos that they lived with that is devoid in their own lives. But of course, since the narrative is told through the eyes of the children rather than the refugees and survivors themselves, there may be aspects of the narrative that remain unrepresented such as the ghosts that follow Bui and Spiegelman’s parents that they cannot see and can only imagine.