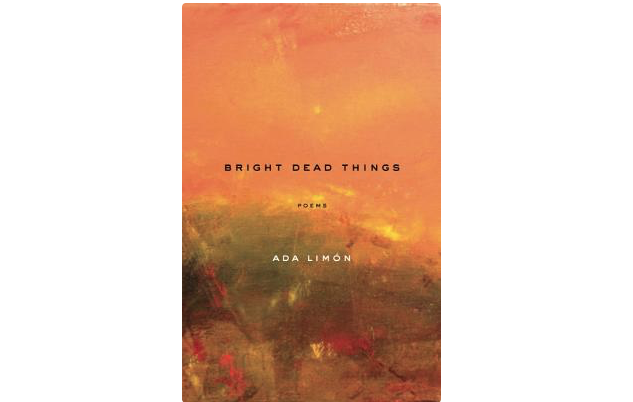 The Irresistibility of Life in Ada Limon’s Bright Dead Things

In Ada Limón’s “Miracle Fish,” she beckons her readers to “think of how far a voice must have to travel to go beyond the universe.” Surely, Limón’s Bright Dead Things (2015) is a direct answer to such a command. With a vast scope that takes its readers from Kentucky to Brooklyn and through the gaucheries of youth to the resigned wisdom of womanhood, this collection is a testament to the lasting wonderment of American poetry.

A seasoned poet having released Lucky Wreck, This Big Fake World, and Sharks in the Rivers, Limón immediately asserts her aplomb in the opening “How to Triumph like a Girl.” In a style reminiscent of Sharon Olds, the poem communicates ideas of feminism and oneness with gusto. The speaker imagines how it would feel to have the heart of a horse:

Don’t you want to believe it?

Don’t you want to lift my shirt and see

that thinks, no, it knows

it’s going to come in first.

Perhaps the most enticing aspect of poems like these is Limón’s ability to pull the reader into the poem. We are not mere observers of these wonders, but instead a part of the conversation. In a mix of prose and verse poems, an unpretentious verisimilitude evades. In the prose poem, “The Quiet Machine” the speaker navigates the quieter parts of the country, by trying to emulate their inwardness:

There’s how I don’t

answer the phone, and how I sometimes like to lie down on the

floor in the kitchen and pretend I’m not home when people knock.

The narrative writing straddles the accessible and philosophical in a way only a masterful poet can. Beauty is found in everything from roadkill to the dogs of America, and more importantly, Limón asserts, the self is found in these beautiful things. In “I Remember the Carrots” the speaker recalls the “bright dead things” of her childhood. There is magic in the ability to tear living carrots from the ground and still watch them glow neon:

What I mean is: there are days

I still want to kill the carrots because I can.

This strive for power over self and nature occurs again and again. It seduces the reader into finding their own, indigenous power. I mean “seduces” in every sense of the word, as Limón’s poems are sexy and charged with language meant to awaken. For example, What separates a woman from a pitbull? “Service” say they are the same:

So, right then, in the dim lights

of the strange garage, I lifted my skirt and pissed

Conversely, “The Whale and the Waltz Inside of It” answers that there is nothing that separates person from whale:

Did you know giant whales have a spindle cell

making them capable of attachment

and of great suffering?

What makes Bright Dead Things so remarkable is its constant grab at the readers attention. Imagine sitting alone in a coffee house and eavesdropping on an intimate conversation. Before you know it, the conversation has ended, the bill has been paid, but you still find yourself wanting to hear more. This collection propels the reader in a similar vein. It is irresistible in its almost Kantian reminder that there is beauty in all things, especially all things we’ve forgotten. The final lines of “Field Bling” read:

my light flies all

on its own, neon

Let the familiar light of Limón’s collection remind you of the light inside of everything.