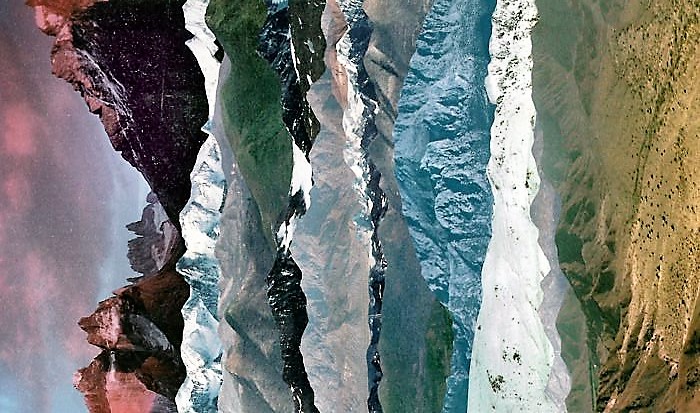 In this arbitrary assemblage of micro fiction, the importance of place is indirectly questioned. Can a person be anchored by what’s most familiar? Can roots from childhood remain intact while a country implodes? Castillo digs for answers in 49 novels, small but complete, heavy with cryptic histories. Echoing the storytelling forte of Garcia Marquez, the novels are drenched in surrealism and chimerical imagery. Some only a sentence deep. Together they blur the edges of what’s true and imagined. Castillo has written a method of survival. He draws the preceding gaps left by what’s dying closer together, and pulls what’s most sacred out of thin air to hid it in dreams.

There’s a lack of chronological order in Castillo’s collection. Not even page numbers can be found. It’s instinctive to read cover to cover, but one could initially begin on any novel with no consequence. It’s as if Castillo tries to keep his readers purposely lost. The only consistency is in his depiction of dreams, extraordinary and subtle. I quickly came to expect an impossible ripple while reading: bats flying out of the mouths of nuns. Playgrounds made of teeth. Surrealism rumbles thinly next to a tragic reality. It’s a tender distraction from the political and societal turmoil rearing Venezuela.

One morning, I noticed that my hair had turned into weeds. Long, tangled dirt filled weeds. I cried for hours . I was nothing without my horse-like hair. And I could never look at my mother in the face again.

The pithy prose Castillo puts into his novels is both distracting and unsettling. There is a moral edge eroding in the collection. Implemented by the impossible occurrences that regularly unfold, it’s like a tug between prescience and hindsight. He narrates a war torn childhood, and in another novel, the predictably hopeless state of the future. Guilt and shame pollute the air as much as smoke and rubble do. The aftermath is a disappearance of language and names. Castillo pins what’s intangible but precious down into dreams. He projects an urgency to preserve what threatens to go extinct.

An elderly woman stopped me on the street the other day, by my old apartment complex in Parque Central. She pointed to the largest fountain in the center of the busy plaza…I expected a big secret, but when she whispered in my ear, she said “this place reminds me of a dream,” and kissed the tip of my lobe.

Despite the very real uproar and protests in Venezuela, the turmoil Castillo references is kept ambiguous. He establishes a rudimentary regime imprisoning the country, where brutish men have authority. They stand guard upon garbage dumps or slump intoxicated under trees. In the 49 stories, they are cleverly mocked, written as ignorant clowns. Castillo claims in an early novel that he can never trust men who explain things to him, particularly men who are burly and laugh next to suffering. If not to describe an authority figure, a clown is a broken person, wilting worthlessly in a ruined society.

Three clowns sit under a palm tree, unemployed and wasted. Suggesting things. The plane of immanence: a balloon, not yet a dog. One of the clowns coughs. And then there’s the sun: an angry ball without ending.

Castillo’s novels come from the bones of cities picked clean. Although they aren’t sequential, they are all quietly similar to each other. Each feels strangely continuous, like they could be rewritten as often as they could be read again. Time and place are held in a desperate grasp, as Castillo slips just outside the border of reality. What’s most sacred and fundamental can be buried in dreams, and disguised through vivid reinterpretations.