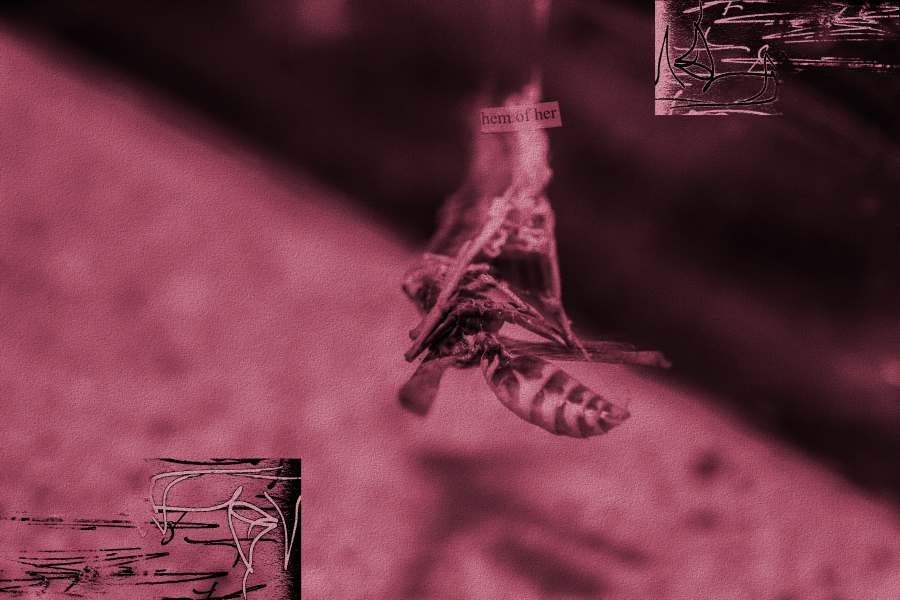 He helped his father herd bees. Their days were a tangle of bee paths and forest smells. They filled their pockets with lavender and rested in trees. He counted the bees’ wing beats. His father spoke in hums.

They gripped candles and led bees through night woods. The wax stung their hands. His father drew maps to empty hives and they guided bees to them through waterfalls and fields. They watched the silent hives become loud once more.

When he grew up, he tried to remember the bees’ words. He made bee shapes with candle ends and marked stripes on them with his finger nails. He put them in tree hollows. He searched until he found the old maps and followed them through brambles and winds. He listened to hives in the hope of learning the language his father knew. He ate nectar. He became small.

Rebecca Harrison sneezes like Donald Duck and can be summoned by a cake signal in the sky. Her best friend is a dog who can count. Her stories have been published in 99 Pine Street, Rose Red Review, Axolotl Magazine, Wild: A Quarterly, Quail Bell Magazine, The Story Shack, and The Teacup Trail.