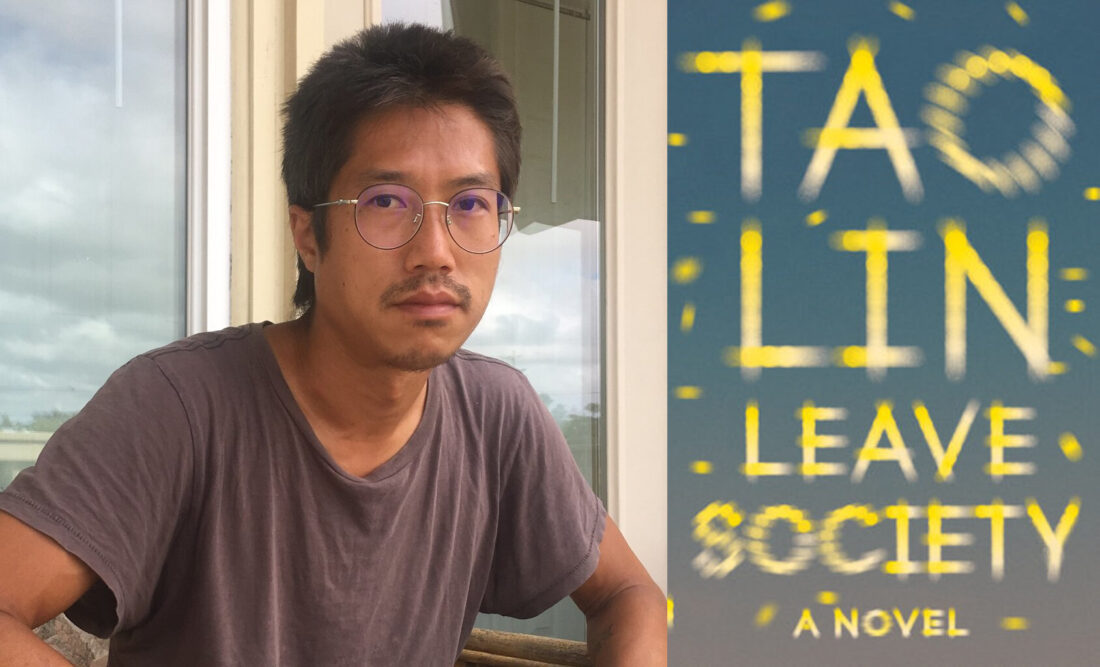 There are two ways to approach reviewing this novel. The first would be a look at the term autofiction, trying to address the failures in Lin’s work as well as account for the moments of ecstatic beauty. The second would be to isolate Lin and his work, to read the novel as the natural progression of an artist ditching his juvenile nihilistic outlook for a more personal, sincere relationship with his body, his parents, his art, his general outlook. Let’s do both.

Writing about autofiction remains a tricky process, where to begin? Hywel Dix cites Serge Doubrovsky’s 1977 novel Fils as an early usage. Doubrovsky used the term to describe the autobiographical aspects of his own novel.

Dix writes: “One of the major insights of French theory of the period 1966-70 is that a much larger network of people participates in cultural production than the individually named artists chiefly associated with particular genres or specific works. This adumbration of a critical concept of participatory culture provides one of the most significant contexts in which the emergence of autofiction has to be understood.” In the past decade, the term has been in vogue among critics to describe the work of Sheila Heti, Ben Lerner, Teju Cole, Jenny Offill, Knausgaard.

Some claim the genre is the stuff of dull literary marketing; use a term, convince the public of it’s contemporary importance, sell some books. Others see it as the death of plot, literary invention, even the death of the novel. For me, I’ll stick with DeLillo’s quip that the novel is whatever novelists happen to be doing at the time. Still, the genre at times stinks of a culture unable to escape itself as the assumed subject.

So, how does Lin use autofiction? Well, the results remain a mixed bag, his fiction can feel suffocatingly solipsistic. His sentences rarely propel a narrative forward, but pirouette inwards. In Taipei, every character Paul encounters act more like a projection of Paul. They don’t breathe their own oxygen, but exist as side characters to the central consciousness.

But Leave Society is different. This book marks a stylistic, even spiritual shift. It’s a story of a son connecting with his family. A man on the road to recovery. It’s even a love story.

Late in the book, Li walks to the East River with Kay, a woman who is a publisher at a small literary press and lives in his building. The two discuss the healing power of dreams, citing a study in The Twenty-Four Hour Mind that looks at people with post-divorce clinical depression: “the dreams of those who didn’t recover after five months were brief and simple; the dreams of those who recovered had complex plots, many different scenes and emotions, and a blending of images from past, present, and future.” This seems to both to be a powerful argument that dreaming heals the brain, maybe even the self. The dialogue happens in the last fourth of the novel, emblematic of the shift towards humanity in Lin’s writing. The disaffected, dreamlike dialogue signaled a general malaise, even at times a nihilistic outlook in Taipei. But in Leave Society, Li experiences bliss, moments of genuine awe, and happiness. His relationship with his parents, though at times dogged by his controlling nature over his parents health decisions, is genuinely moving. It makes one wonder what a true family novel, void of any Lin-like-portoganist, would look like.

So what’s changed? Well for one thing, the drugs. Gone are the adderall, Xanax, coke, and Percocet. LSD and weed are in. Li frequently microdoses LSD and takes capsules of cannabis while spending time with his parents. The new drugs aren’t a superficial change for Li, as anyone who’s read Lin’s nonfiction book Trip can attest: drugs are an important and deeply personal subject for him.

Trip recounts Lin’s fascination with Terence McKenna and the idea of “dominator vs. partnership” societies from Riane Eisler. If Mckenna is the intellectual star of Trip, Eisler would be Leave Society’s North Star. After finishing his third novel, Li leaves his former lifestyle of using pharmaceutical drugs, engages more with nature and yoga, and begins reading more nonfiction such as Eisler’s The Chalice and The Blade. Eisler’s work suggests an alternative model for society, a prehistoric “partnership model” where men and women live peacefully together.

Given Lin’s attempt at reconnecting with the world around him, it’s hardly surprising that animals play an important role. His parents’ dog, Dudu, connects Lin to his parents, creating moments of levity and tenderness:

Two minutes later, Li’s dad dropped Dudu while picking her up–she yelped loudly but seemed unhurt–and Li’s mom told Li about Dudu’s childhood trauma. When Dudu was one or two, Li’s dad had lifted her container without closing it. She’d fallen on her head and vomited.

“But the worst was…,” said Li’s mom, and told of how, on their way to the States in 2008, they left a five-month-old Dudu in a cage outside a boarding kennel, which they hadn’t anticipated being closed in the morning. In the cab to the airport, they’d called Auntie, who’d found Dudu by following her continuous screams.

Dudu isn’t the only one with childhood trauma. Li suffered from a condition called pectus excavatum, where a misshapen sternum crowds the heart and lungs. How this condition affects Li’s attitude toward the body, towards his attitudes on Western medicine, towards his self-definition of recovery seems to be up to debate. Li himself isn’t always sure.

Another dog appears towards the final pages: Lemoncake. Kay runs aheads of Li with Lemoncake who lingers with, “his head down seeming to subtly, without eye contact, direct their attention to a small plant that looked different from the others… Li took a leaf.” What else is the writer other than a listener? In this final image, we have Li turning outward, listening to the wisdom of Lemoncake.

The novel is arguably his best work to date. If you weren’t a fan before, it’s unlikely this book will change your mind. But it’s encouraging to see a writer develop and mature. We’ve come a long way from Eeeee Eee Eeee.