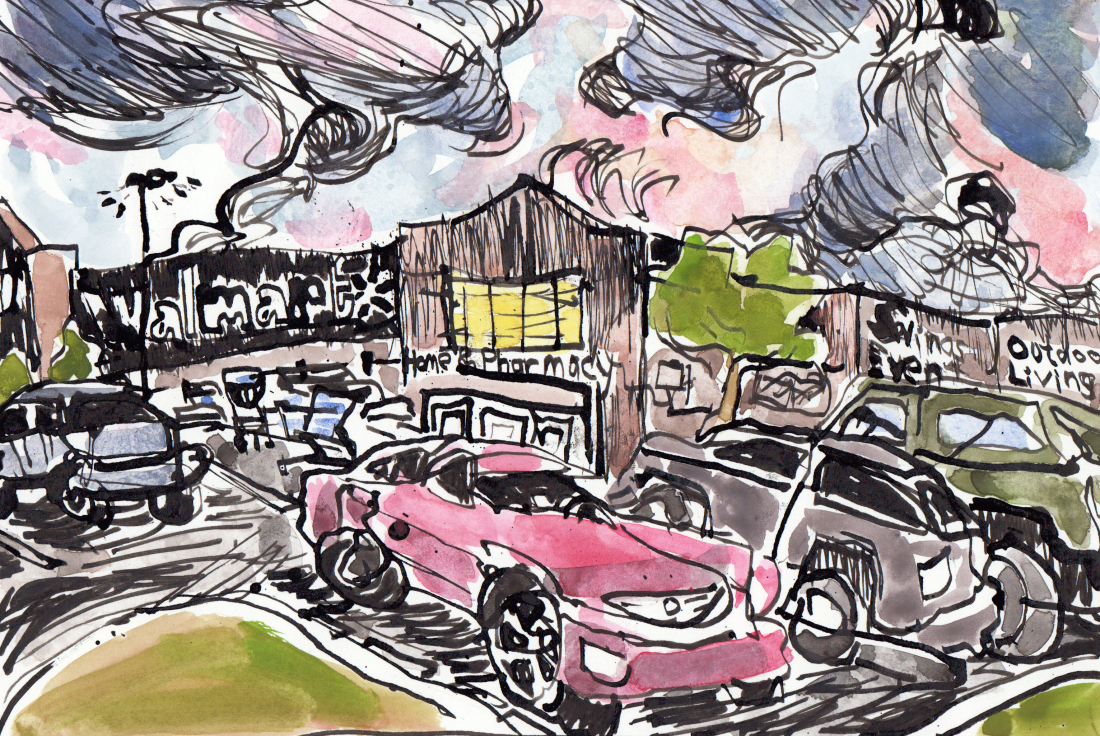 and now at Walmart Jesus

He’s the treasury of the eye in the cashier

who smiles at the guy who tries and fails

to cut in line.

a great road that shows his plasticity.

It’s here where a father on his knees

takes the hand of his young son

and drags it over the painted wounds

of a life-sized cardboard Jesus.

I sit in the moment’s gap of my standing,

wonder, as the boy pulls away and cries,

what size shadow he’ll need to swim in

The father stands, tells his son to quit crying,

and they make their way to the line at Aisle 5,

canes and something can be depended upon.

Cameron Conaway is a former MMA fighter and an award-winning poet. His work has been featured on NPR, Al Jazeera America, ESPN, The Guardian and The Huffington Post. Conaway served as a 2014 United Nations Social Good Fellow and he’s the author of five books, including Malaria, Poems (Michigan State University Press) and Chittagong: Poems & Essays (Iris Press). He teaches creative writing at Penn State University. Follow him on Twitter @CameronConaway.