Review of “The Grotesque Child” by Kim Parko 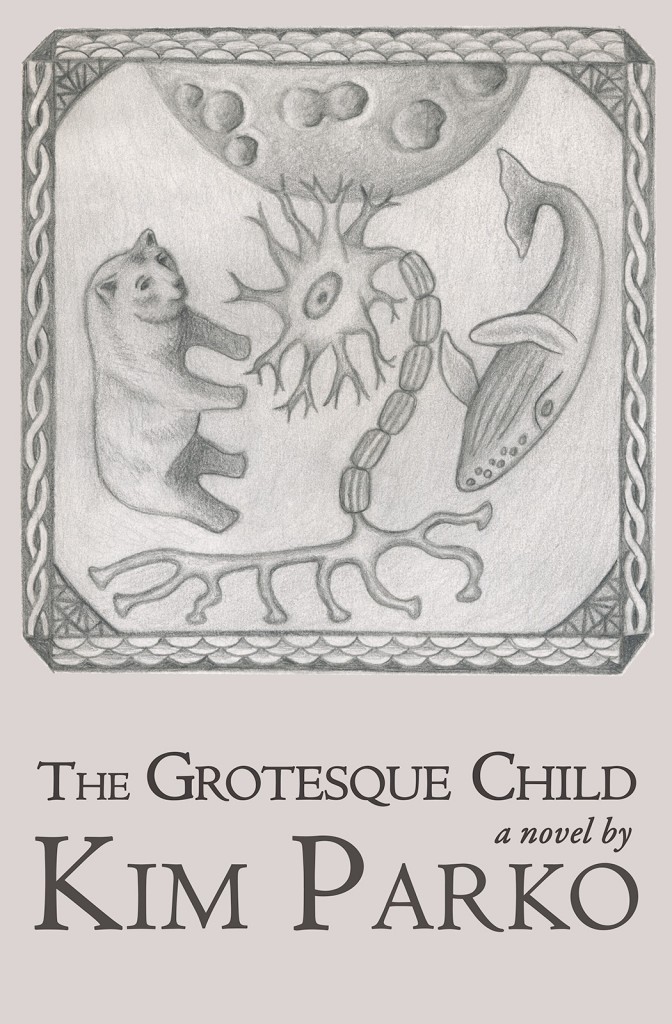 There are some books that remind you of childhood in all of the worst ways, and these are the books that our thoughts hang onto decades after we read them. They remind us of what it is to be a small, vulnerable thing, to feel consistently powerless and yet undeniably curious; it is the us before our fears have names, and before we know we are not alone in our terror. Kim Parko’s The Grotesque Child is one such book.

“When the captors opened the container, they were confused. They thought they had captured two creatures: one furry and soft and one distorted. But now there was only one: the grotesque one. Even though it’s grotesque, it’s only a child, said one of the captors. One can learn a lot about the mechanisms of sensitivity and desensitization from a child, said the other captor.”

This book is the sort of book that breaks genres not with intention, but because it simply doesn’t care. It is short and long and poetic, and heady in a way that means the scenes rarely feel like scenes, but instead feel like nightmarish dreams. It is not pretty or fluffy or filled with light; it has a story to tell, and so it tells it.

“The mother ship retreats to her pillow space-cloud of soft debris. It is the only place she can think clearly. The mother ship thinks for many days. She makes a decision.”

It reads, almost, like science. Like a, “You have not entered this world, but are pressed against the glass and watching it unfold.” There’s something strangely freeing about taking this position as a reader. I felt not like I was there, or like I was inhabiting character, but instead watching, distant, thinking. Trying to figure it out.

“Every day the grotesque child’s feelers find another cruel child to ensnarl. Then they savor the momentary quenching that the cruel child’s icy blood provides.”

It reminded me of the books I read (and was read) as a child. It felt like the point of the book, its argument, its lesson, was always just beyond my reach in a delicious way. I don’t think it’s the type of book I could ever say I understand because it is not a world I inhabit. I was a visitor, not a transplant. There is so much still to learn.

But I am happy to have read it. Because it existed in an entirely different place or universe or world, it did motherhood without doing motherhood as we know it, just did it did life and death and birth in entirely new ways. It felt important and thoughtful and completely devoted to telling its story, and it was so lovely to gain access to something so new.

You can buy a copy of “The Grotesque Child” from Tarpaulin Sky here.