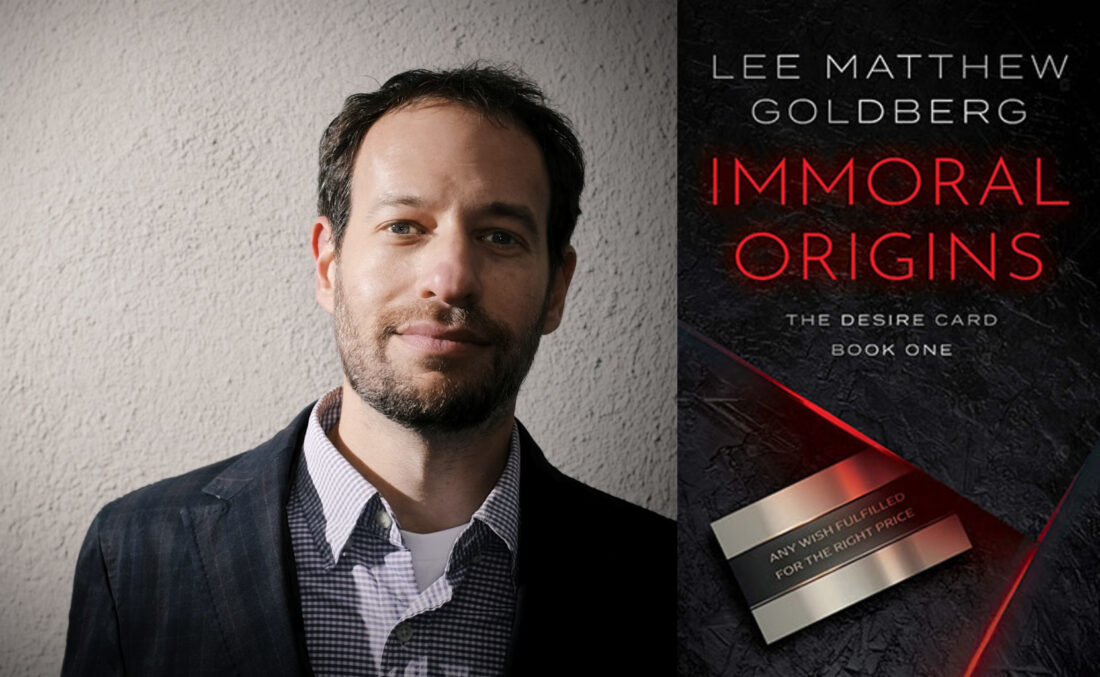 Any Wish Fulfilled for the Right Price

A Review of Immoral Origins: A Suspense Thriller by Lee Matthew Goldberg

Welcome to a land full of gangsters, murderers, petty thieves, and mysterious criminal enterprises. It’s a world, Lee Matthew Goldberg patiently sets up and then chaotically tears apart with a myriad of questions in this mesmerizing fast-paced thriller:

These questions are at the crux of Immoral Origins. They are the exigence behind every action and reaction that the characters have while trying to maneuver around the shady backdrop of New York in the ‘70s. There’s disco, death, secret societies, and so much more.  Immoral Origins is centered around one such secret society. An ominous criminal organization that grants desires in exchange for extortionate fees. In this novel, we begin with Jake Barnum who is living in Hell’s Kitchen at the time. He is a low-level criminal who sells “hot” coats in order to support his sick brother and make enough money to actually live off of. One crucial night, he stumbles upon a Marilyn Monroe-masked woman at a Halloween party who represents The Desire Card, a cryptic organization that claims to be able to grant any wish for the right price.

That night changes Jake’s life. He no longer is the low-level criminal he once was. Now he adapts to bigger and far more dangerous crimes. How far would he go to help those he loves? FAR. The consequences of his actions build up in this neo-noir thriller. But with every setback our main character endures, Lee allows us room to breathe with fun pulpy vibes that are reminiscent of James M. Caine. But he is delicate. He doesn’t force character exposition on us. He takes time to give the characters like these an atmosphere to exist within. Lee almost draws the setting of this world with his words so that we too can inhabit it. He allows us to feel the pulse of New York in the ‘70s by introducing us to the music, fashion, and even the drugs. All of which sound fantastic by the way…

But the important thing the reader should know before diving in is that this is not your typical crime novel. It’s the beginning of a series. A promise of something more. With every twist and turn there is little remorse and even less resolution. A hook to draw you in like The Desire Card.

The only question remains: How far are you willing to go to find fulfillment?

You can order a copy from Rough Edges Press, Bookshop.org, and Amazon.com