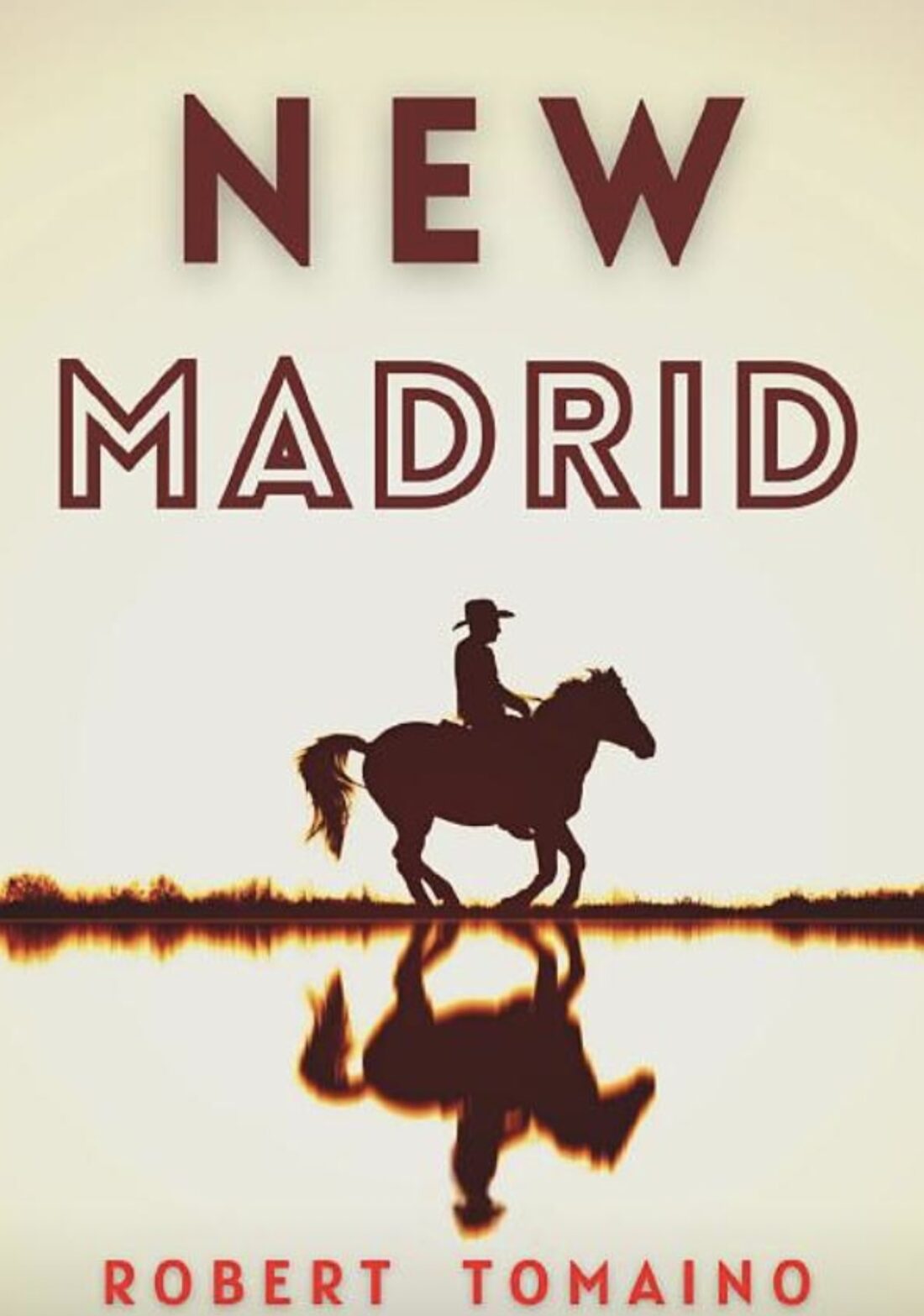 A review of New Madrid by Robert Tomaino

To step into New Madrid is to step into a new reality entirely. From the first sentences, it is immediately felt that the world that Robert Tomaino has built is not the world we know. It is a story founded on revisionist history but not so glaring to the point where it truly affects the story. It isn’t the kind of extreme and intrinsic revisionist narrative that you’d find in a Phillip K. Dick novel. Instead, the story comes off as almost quaint. It is based on the idea that the Salem Witch Trials never ended but instead expanded West. This sadly is not revealed soon enough or clearly enough for it to have the kind of impact it could have had. Instead, within the first few pages of the book, we are hit with an onslaught of characters in a scenario that feels more like it’s straight out of a Coen Brothers movie. Think “The Ballad of Buster Scruggs” but with a point. We have the “Wild West” vibe mixed in with a distrust of “newcomers” and a nonchalant attitude that every person in this town seems to have during even the darkest of scenarios. If one makes it past those first pages though, the story picks up and I highly suggest that you do that.

At a certain point, you don’t even realize how much the novel has pulled you in. Eventually, the narrative is filled with action and plot twists that couldn’t have been imagined at the beginning. Tomaino offers a story that is capable of standing alone regardless of the time and place it takes place in. But just for the sake of it, the story takes place in Missouri during the 1800s.  In this alternate reality where witchcraft is still a thing women can be tried for, the story centers around a search for a missing girl. The town’s sheriff named Jack thrusts himself into investigating the mystery only to end up being confronted by the previously mentioned “newcomers” who also are entrenched in the search for the missing girl. One of these strangers is a preacher and another is a Native American companion Chata. Their agenda stretches beyond the search for the girl though and find themselves trying to reintroduce God to the people of Jack’s town.

Although resistance to American puritanical notions isn’t new to novels that take place in the “Wild West,”  the insertion of the “witch trials” aspect gives these characters a much more ominous look. As always, I never give away too much about a book when reviewing it out of fear of ruining the fun or causing the reader to go in with an opinion that isn’t their own. Instead, I ask that people dive into this novel with questions. Stories that discuss newcomers, god, and witchcraft are typically signaling to a deeper meaning. We live in strange and dark times. People are being persecuted now. We are afraid of the unknown. Religion is suddenly being thrust on us again. Don’t ignore those facts while reading this. Considering those things while reading New Madrid makes this book a far more intriguing read. I for one and most intrigued about what  Robert Tomaino writes next.