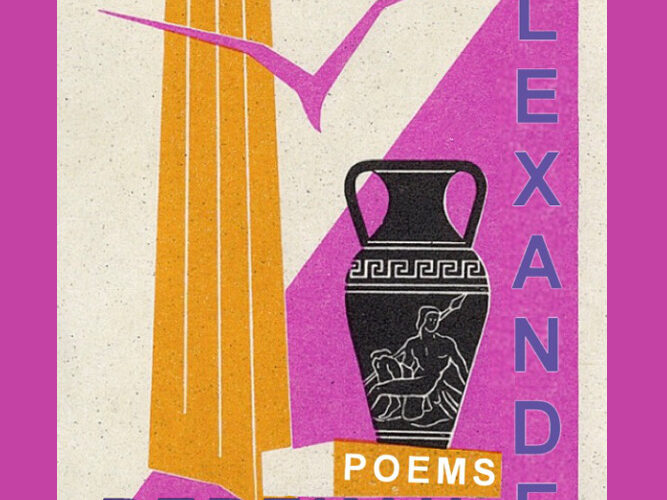 Rebekah chose the hotel as a (transitional) waystation between modes of being, modes of identity—modes of being that are transient and both spring from and necessitate change. The titles of the sections highlight this fact—ambiguous room numbers that could represent any number of things, but, once the poems are read and digested, can only mean what Rebekah wants to convey within the rooms themselves. Each poem becomes a room of one’s own, within which one can radicalize their perceptions of what a poem can do, by itself or with the help of the reader’s consciousness.

The first couplet announces this: “Cows remain at graze in the field/ I’ll never be good again.” It’s not that Rebekah’s brevity only suggests a lack, but more that his brevity yields a ripe discussion of liminal states and how much one can truly travel within and without, between and among those states—i.e. does transformation cause the liminal states, or were the liminal states already present to get brought out by acts of transformation themselves? It is into this chicken-or-egg situation that Morgan world-builds effectively throughout Hotel Alexander, bringing in themes of identity, visceral realism, clipped language, a strong address, and anti-Romanticism (or, what I call gutted romanticism).

I use the term “visceral realism” to describe Rebekah’s imagery throughout the collection to stress that his usage of this subtle structural/poetic technique is both willful and energetic. Some of it is in the verbs he deploys for the speaker’s interaction with the environment (as in the poem “I’m like” in which the speaker is “Clasping this sugar snap pea with all [their] might”), or in how the nouns are deployed (as in the myriad instances of plants and animals cropping into the fore of the reader’s attention). Both of these elements combine within the poetics Morgan uses, to form a maelstrom of associative power.

The world within the scope of the collection comes across as impossibly vast and, more often than not, actively hostile to the speaker. The fact that Morgan renders the world outside the speaker’s purview both hostile and a source of the speaker’s developing identity-formation makes each poem (each room) livable, able to be contained within the speech acts and (barely) within the similarly developing imagination of the reader.

It is as if each room has recognizable items (animals become the dressers, plants and objects the beds), but they are all rendered strange and new through the utterances of Morgan’s speaker. His world-building is dependent on the combination of the strangely recognizable and the way in which those items are conveyed from the speaker to the reader—in a clipped utterance, almost always. But it is a clipping that doesn’t take away from the utterance itself—rather, it transforms those strange items into recognizable associations in the very act of the poetic clipping. For instance, in the poem “I throw silver rings at cows and it means nothing”, the speaker reflects on a childhood incident involving the dentist, and then the requisite consoling post-dentist Walmart visit, to finally state that “Rare macho flowers lean against market walls/ I think flowers should obey chickens”.

Everything in Morgan’s world has a stated hierarchy, almost always followed by its obliterated hierarchy, the latter often occurring because of the speaker’s clipped language and strange placements. You may be wondering at this point if the poems, because of their odd placements, are funny. Yes, yes they are, almost gaspingly funny in some places. Because of those placements, the poems are allowed to be both funny and, often a little bit later, deeply sad. “Aposematism (a true eastern European true love story for you to read)” takes its title and then multiplies it times five through some of the funniest all-caps usages I’ve ever seen in poetry. This trope returns in “(((DIET v o d k a ZERO)))”, where somebody critiques the speaker’s poetry for having too many verbs of being “I am ___”, and then where the speaker enacts their revenge upon this critique by ending the poem with several lines of statements of being, all of which are funny, well-placed, and begin to accrue their power gradually until the final line. Within the next few poems, the specificity of the ways in which the utterances convey the described items becomes its own sort of humor, combining all the aforementioned elements of the poems within an eventually completely trusted speaker’s voice.

And it is in Rooms 23-48 that the speaker’s voice truly takes off and soars, using its strong address that has already been established to get across Morgan’s specific meta-poetical points. The imagery becomes more provincial, and the addressing of the speaker towards the reader goes more without saying. It is this being-addressed that takes over the collection, and, in tandem with the provincial imagery, forces the reader to finally empathize wholly with the speaker, both their (often unstated) struggles and their (often unstated) successes. But just because both are unstated doesn’t mean that they are not felt, and it is this distinction that Morgan’s poetry operates under, within, and eventually, by the end of the collection, over—his poetry by the end hovers over all distinctions and renders everything equal, at least under the purview of the poet’s all-seeing gaze.

That last point never steeps into problematic territory primarily by virtue of the last thing I want to discuss: gutted romanticism. This thematic element that I just made up is what allows the borderline omniscient purview of Morgan’s speaker to not get either annoying or problematic. To achieve this within the speaker’s poetic utterances, Morgan escapes the descriptions of the things themselves, to define both their ethos and logos through how they are subverted, not by how they are used for themselves. And it is this escaping of provincialism (and all that it can convey onto unwilling or unwitting ontological objects) through transgression that reminds me of probably my favorite poet—Arthur Rimbaud.

Rimbaud, especially earlier Rimbaud, used transgression and transgressive means to overcome his provincial early living situation, at least until he could travel to Paris and then London and write away that concern eventually. Morgan follows in those footsteps through his twisted descriptions but diverges in how he accomplishes it. Morgan’s poetry shows, through its meta-poetic analyses of the events in the speaker’s life from micro-aggressions to financial hardship, why it must be a gutted romanticism for it to be true at all.

A poem towards the end of the book illustrates this well. “+this one’s for you, Hoppin’ John+” describes a horrific childhood incident, of a child cracking open his skull on a rock, with the poem not lingering on the incident more than necessary, but instead eventually landing on the speaker themselves eating a peanut butter sandwich. When I first read this poem, I found the switch to the speaker at this moment odd, even cruel, but now I realize that that’s the only way for the poem to be true to 1) the situation, 2) the speaker, 3) the speaker’s feelings, and even 4) the boy whose skull was unfortunately cracked open. It is this recognition that the grotesque should be rendered in all its clipped ontological purity that becomes the hallmark of this wonderfully weird, drastically funny, and ultimately severely affecting poetry collection.