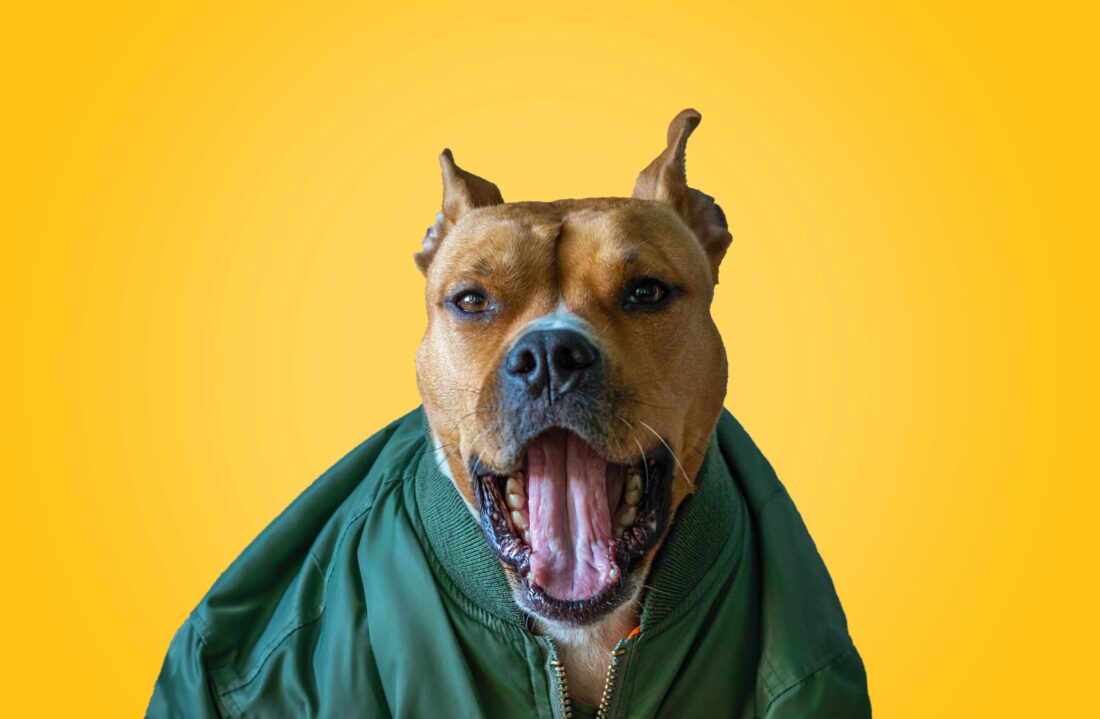 Christmas eve, Pete Summers was about to climb down the ladder from the roof of Clara Lessing’s home when a large brown pit bull came running down the driveway from the street. It turned across the patio and began barking up the ladder.

The dog circled the ladder. Pete climbed back up. He looked around through the misty trees up to the street. No one was there. “Hello,” he yelled. “We have a dog here.”

There was no owner present, and the dog was still hanging around the foot of the ladder, and the moment Pete began to come down it would raise up and bark. In the way of pit bulls, the dog didn’t look so much mean as capable of doing harm. He pulled a screwdriver from his utility belt—he was a contractor—and held it above his head. “Hey boy. Hey boy. Fetch.” He threw it across the patio into the lawn, but the pit bull only looked over its shoulder before turning its attention back to Pete.

Clara Lessing was set to be gone for a couple of hours, and her phone would be off because she was getting a massage. Pete thought about calling his mother Daphne. He hated to get her involved. Though she lived close by, he tended to avoid her. The memories of the last twenty years were filled with arguments, repeated every holiday, ones that kept repeating until they became codified. He called her anyway.

“Hi, it’s Pete. Look, I’m sorry to bother you, but I need some help. I was messing around on a client’s roof and a pit bull ran over and is now camped at the ladder. It won’t let me come down. I think it believes it has me treed.”

She paused for a moment and Pete could hear the faucet turn on and off in the background. “I don’t think pit bulls tree animals.”

“Regardless, I’m wondering if you might come over with some meat or something to try to draw the dog away from the ladder.”

As she was on her way over, it began to rain. Pete flipped up the collar of his shirt and it did nothing to help. A few minutes passed and the dog didn’t leave. Soon he saw Daphne’s Altima pull up to the side of the road above the driveway. The door opened and she yelled down, “Is it still there?”

Daphne crept slowly down the driveway. She was wearing jeans and a bright blue rain jacket. The clothes looked too big for her, and her walk stiffer than he remembered. He realized she might soon need a cane.

“I don’t know why you called me,” she said. “What if the dog decides to attack?”

“Can you throw the meat?”

She had a flat, rectangular package of frozen turkey. It took her a moment to remove the packaging. “Some of it’s still stuck to the Styrofoam,” she said.

The meat looked like a pink book in her hand. She threw it underhand in the direction of the dog and it bounced and slid to rest nearby. The dog went over to the meat, smelled it, and then went back to the ladder.

“I guess I should have thawed the meat,” said Daphne.

The police officer arrived with sirens loud and lights flashing. He kept the rotating lights on and walked from the squad car with his thumbs in his belt. Daphne told him the situation while Pete waited on the roof. The officer nodded and surveyed the scene as they talked. He recognized the dog, which belonged to another officer who lived up the street, Chip Lomax. They’d had an officer’s Christmas party at Chip’s house the previous year and the dog, Jeepers, had worn a sparkly party cap on its head. The officer whistled and tried to lure Jeepers away, but the dog was still testy, so he called Chip and told him he needed to come over and take care of the matter.

“Jeepers has this thing with heights,” said Chip, after he arrived and collared the dog. Chip wasn’t skinny, but he also wasn’t the most well-built of police officers, so the bulletproof vest really helped fill him out.

“He was only ever on the ground,” said Daphne.

“I mean he has some kind of issue with things coming from above—that kind of heights. Even when I look down at him from the top of the steps to the basement he starts to growl.”

Pete climbed down the ladder and joined them. “Maybe he can’t see well. Peripherally.”

“I don’t know where it came from. I’ve had him since he was a pup and he’s good natured otherwise,” said Chip. He scratched Jeepers on the back.

“You could get him one of those cones, so he can’t see except for straight forward,” said Daphne.

“I would never subject Jeepers to a cone,” said Chip.

Chip took Jeepers back to his house and squad cars drove off. The rain began to fall harder. Pete and Daphne stood beneath a large fir, where it wasn’t too wet.

“You should probably do something about that meat,” said Daphne. It was still sitting there on the patio where she’d thrown it. “It’s probably beyond dinner at this point.”

“It could have worked,” said Pete.

She shrugged and walked up the driveway. Over her shoulder she said, “See you at tomorrow. No one will believe this.”

He realized she was right. Together they’d tell this story, and it would be funny. It was a small thing, but all of those holiday arguments would now have a kind companion. And there might still be years left.