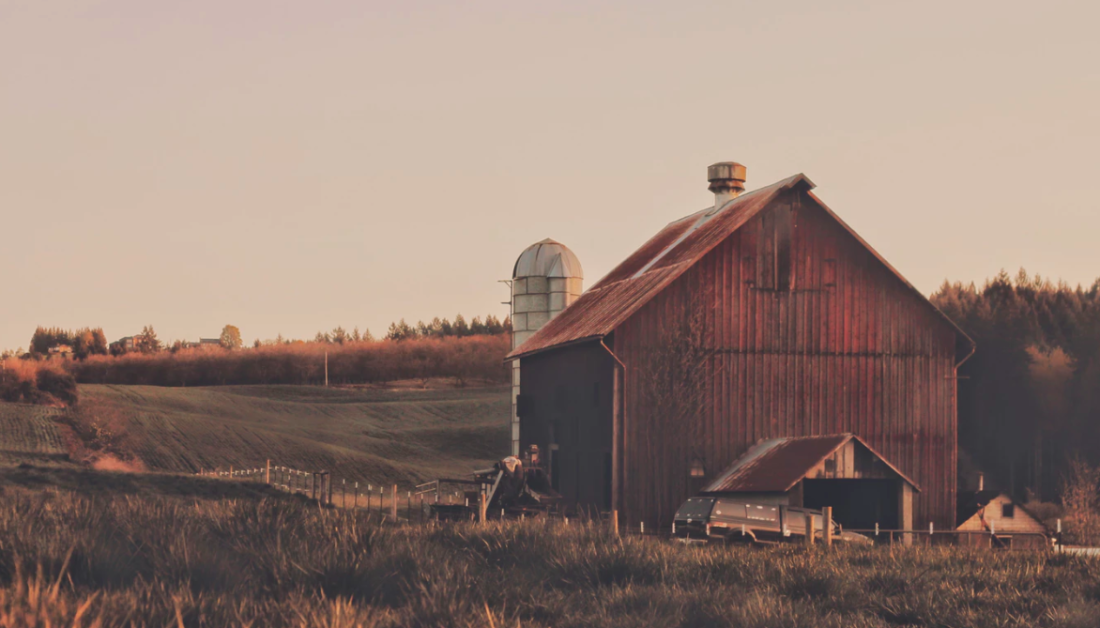 Huey Seymour stood in the two-foot deep hole in the back corner of the yard behind his family’s farmhouse, located in Central Kansas. His eyes dashed left and right, he squatted down, and he jumped up with his arms outstretched toward the sky. Nothing. No silo crowned from the ground. He sobbed and walked back toward the house. He paused, he jumped, and he glanced back at the pit.  To his surprise, a red clay silo emerged from the ground. Slow at first, the silo sent tremors throughout the dirt. The house creaked, wind chimes sang, and Huey’s heart beat rose with the silo. His eyes bulged out of his head, but they couldn’t reach farther into the sky.  His mother, Laura, heard the monstrosity come up. Thunderous vibrations undulated the earth beneath the town.

The back door of the house swung open.

Huey ran to the silo. Laura left the back door open and went after him. He placed his hand on the wall of the red clay giant, and a doorknob appeared.

Once inside the silo, the door slammed behind him. Both the door and its knob vanished. The interior of the silo was full of wheat grain. A small torch burned; the flame, a faint orange. The torch illuminated a plaque that hung on the wall. It read: “You have found the ancient silo of Reemus Tyger, and there is only one way out. You must climb to the top of this silo by following the spiral staircase, and eat all of the grain. Once you have eaten all of the grain, you will be free to go. WARNING: CONTAINS WHEAT.”

Huey recalled what his dad told him to do if he ever got stuck in a silo. “If there’s a ladder, climb it. Stairs? Climb them. Elevator? Use it. Once you get to the top, there should be a red lever to pull on that opens an escape hatch.” He went for the stairs. The staircase consisted of rusty steel. His foot went through and destroyed the first step. He paced himself and climbed slow. The staircase crunched, creaked, and swayed. Beads of sweat collected in his eyebrows and worked their way into his eyes. After almost ten minutes of climbing, he reached the top. No lever. He became frantic, but then, he saw the tip of something red. It had been encapsulated in grain. He thought, “how am I going to remove this stuff? the sign said you have to eat it. I’m so allergic to wheat. screw it.” He chomped down on the crunchy granola-like mass and uncovered the lever. He pulled it with all his strength. The hatch opened. It worked.

Huey rode down an inflatable slide that ejected from the hatch frame. When he got to the bottom, his mother stood there, crying.

“I’m sorry I didn’t listen to you, Mama,” Huey said. “I’ll never run off like that again. Plus, why couldn’t I get the Cheerios dollar coin prize?”