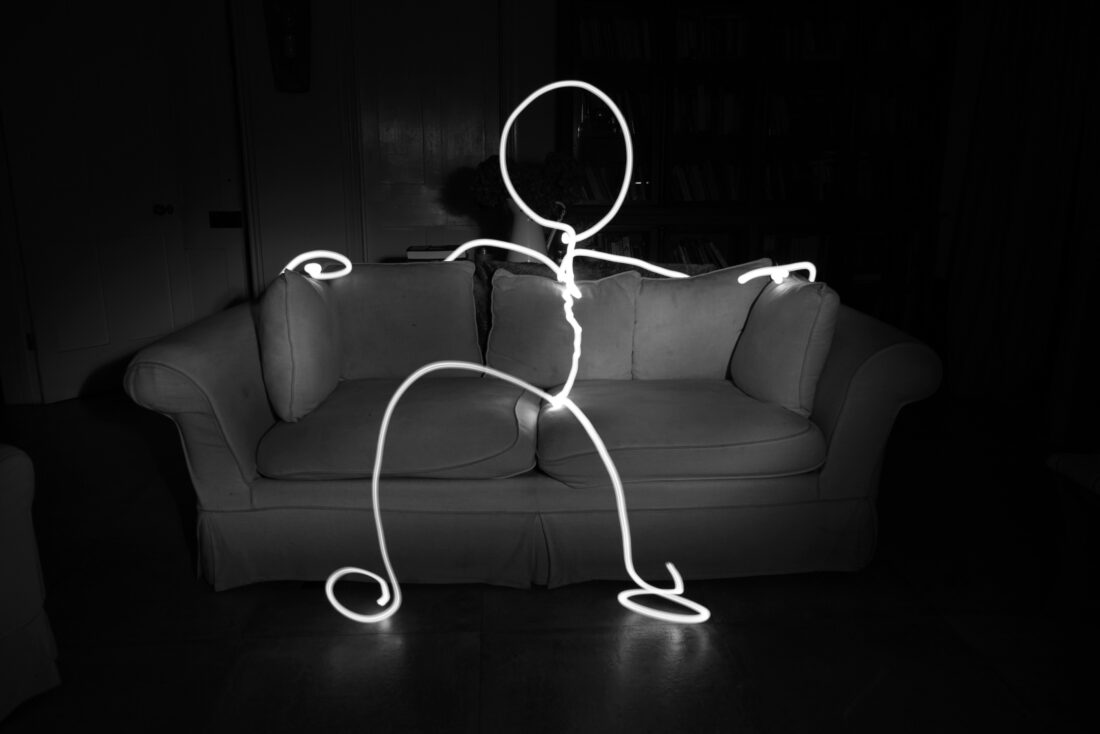 The first one slips in through a paper cut and I burn where his fingers part skin. He climbs in. Enters, head first, shoulders, a slick unbirthing ‘til his feet are sucked inside. There, nested, he folds his limbs like a deck chair, makes a home, and waits. For the others who’ll join him, to knot and wrestle inside my cervix. A month later comes a club singer with smoke for hair, next an ex-fireman dressed as a cat for Halloween, who mewls and paws and makes-biscuits his way to success.

Then a friend who isn’t a friend afterward.

These four lie like cards and the stack’s getting bigger. Swipe right, here’s an Ace. I look for the man who’ll be the last to climb into—

Me: a Trojan horse, balled with spent desires, men, whose knees are touching.

At a hen do – women only – we reach inside each other. Purses open on the counter. “Did I ever tell you about ——?”

We pull our hidden parts out. The paper, the receipts. We all have them. Past lovers in origami shapes. Tug on a chain and they’ll follow holding hands. We heap our confetti men in the room’s centre. Take shots, place bets, make them fight. See who’s best, who’s worst. Find they’re the same thing. Throw them in the air.

Afterward, we collect our men – battered, dog-eared – and stuff them back inside ourselves. Scrunched into balls, they seem smaller now: tired as toddlers, more manageable.