Our Mandy Reverses Her Heart 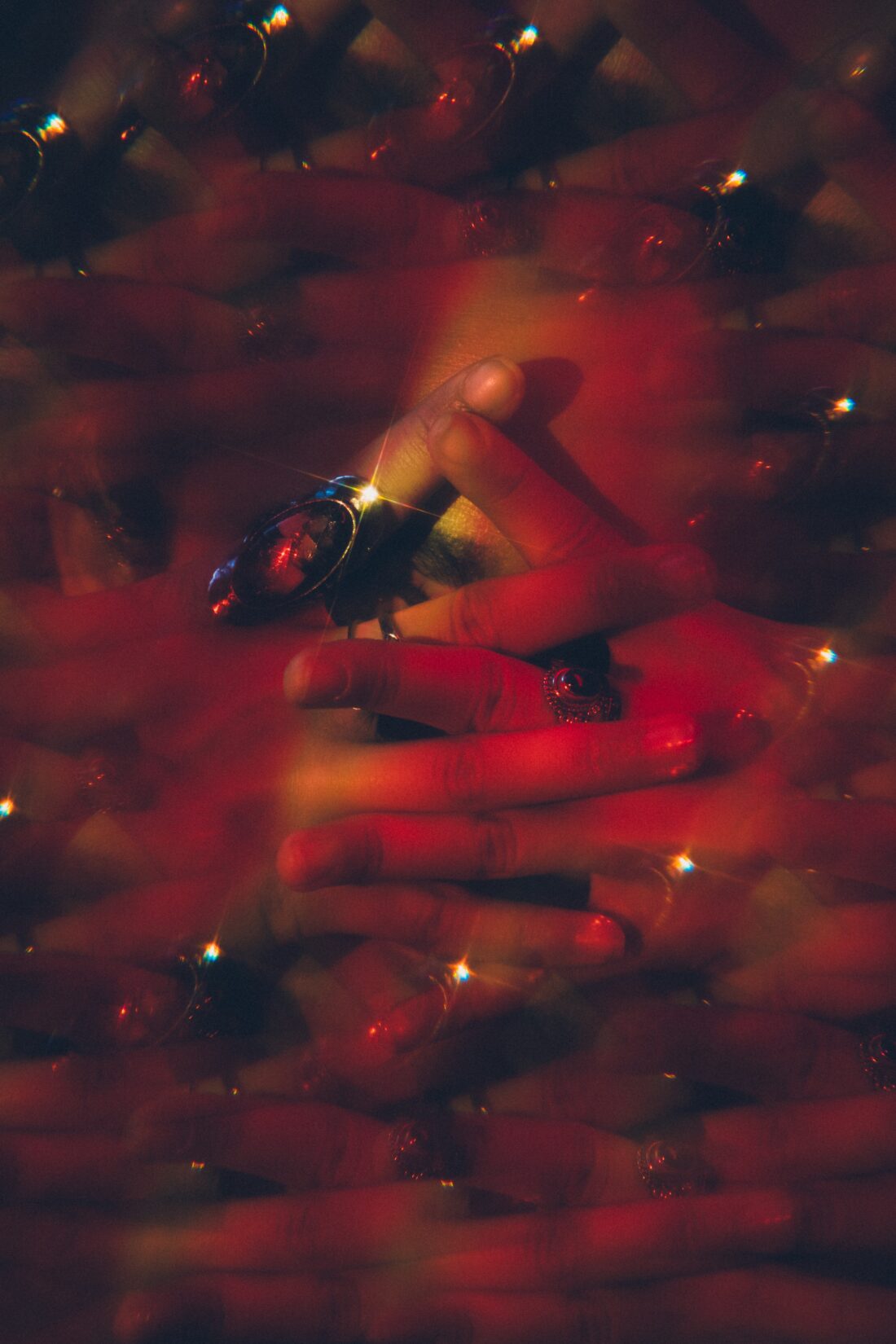 Everyone in the ninth grade knows about Mandy and her Kate Moss waist, but only we know about her reversible heart. She shows us how it unfolds: jumps, flip-flops and squeezes outside her ribs, like a bird pinned to the ground inside of her. Some days we excuse ourselves from World Civ just to watch, waiting for her shoulders to shudder. Some days we hoard up inside the ladies’ room. Engineering wing rendezvous, second third bathroom, it’s always empty. We pile up in the second-to-last stall, one ear pressed to Mandy’s center-spine and we can hear all her chambers gurgling. Other good days we go to the woods.

The woods is where we go when Mandy’s not dancing afterschool, when we want to get off the bus at the wrong stop, walk deep into Roger S. Berrybrook Park until the air turns green. Something happens in September, in the woods when Kevin comes with us. We’ve been waiting for it to happen for a long time.

We’ve all just gone swimming in the rockpool, like we do sometimes, even when it’s freezing and the water makes a fist around our throats. Because Kevin’s there it’s clothes-on, nothing spicy. He doesn’t join us in the rockpool. He doesn’t want to get his cargo pants wet, because his cargo pants have 16 individual pockets, which are all filled with important things, six marbles and a stone-grey walkman. He won’t swim with us, so instead he sits on graffitied-up boulder by the ridge. We watch him rip the fingers off a fern nearby, tickle his nose with each one.

We’re letting our jeans and things dry off in the clean sun, and Kevin is betting us that his pants could store just as many books as a backpack. Kevin unbuttons one spacious pocket and it’s true, he could fit a whole planet in there. At the same time as the unbuttoning, Mandy makes a noise like a hair tie snapping. It’s a familiar sound. We all freeze, swivel, one-by-one. We see she’s wearing her one-of-a-kind Mandy-face: her eyes squeezed like she’s in pain, but with her mouth she’s grinning.

This is how we know her heart-thing is happening. It’s unfolding, or refolding, or peeling, or un-blooming like a flower timelapse played in reverse. Whatever it is, it’s right there breathing, pressed too close against her skin.

We know this about her heart even though we can’t see it. This is because we have an intuitive sense of all things Mandy. And also because she is making big, loud eyes at all of us, huge, read-my-mind eyeballs, and we have a feeling like she’s a campfire, and everyone’s gathering around it to tell a story. We lean in closer, on our knees. Our muscles flex. Mandy plucks the bottom of her tee shirt in one hand. Her hair is still separated into wet black snakes from the lakewater. Under the fabric pressed against her chest we almost see it: a steady ripple.

We all drag in a big wet breath.

Then Mandy kicks her leg out toward Kevin, who is oblivious to the eyes we have just passed among ourselves like a round, who is just sitting cross-legged with his cargo pants and his fern, eyes saucer-wide. Mandy taps his foot with her own, puts her hands on her stuck-out hip. She says to him, “Kevin. Do you know I can turn my heart inside-out?”

Kevin has a face like a wide flat stone. His skin is like an eggshell rolled in paprika. We offer him our Oxy Pads, he says they burn too hot against his very pink cysts. We tell him the burn is how you know the thing is working. We start taking him into the woods with us when Justin officially drives us crazy with his talk about Ken Griffey, Jr. We do not care about Ken Griffey, Jr. But we’re too bored when we’re alone with each other too long, bored’s not the right word but we don’t know what the right word is, so we take Kevin into the woods with us. Kevin who doesn’t know a thing about baseball, it seems. At Mandy’s question, he laughs, and it’s a strange, strangled sound.

We answer for Mandy, because we know, we’ve seen her heart happen right in front of us. “Like, you know those jackets that are blue on the outside and red on the inside?”

“Or those knots that have a million loops and can’t be untied?”

“Or, you know, those optical illusions, where there’s a snake and it’s eating itself?”

“Or how the sun is gonna expand over the Earth and eat the entire solar system and then collapse and shrink back down to nothing and then explode?”

“We know because we’ve seen it.”

Kevin’s eyes rove back and forth between us. His eyes are like two ugly black security cameras, like the ones outside the girl’s bathroom in the Engineering wing. He speaks and the acne on his cheeks stretches as his mouth opens and closes. It hurts to look at.

“Why would I believe that,” he tells us.

Mandy considers this, with her hands on her hips. “Well, I can’t show you,” she says, “because I have to lift up my shirt. I’ll do it, but you have to cover your eyes.”

Kevin blushes so pink his pimples disappear. “Well … what’s the point in that.”

At this, we laugh. We laugh and laugh as if it’s the craziest thing we’ve ever heard. We laugh so hard we roll back into balls and rock like roly-polys, side-to-side, our spines leave tooth marks in the soil. We feel amazing. We dream that, at this very moment, there is a constellation lined up above us in the bright sky, behind the blue and the light, and in constellation there is a star for each one of us that will shine forever. Then we remember all over again that Kevin is here too, which is the best part. Mandy readies herself. We curl over Kevin’s shoulder and press our fingers into his soft, pasty eyelids, make it so we are sure he cannot see.

Then, Mandy lifts her shirt.

We coo, we ooh-ahh, at Mandy’s two striped columns of ribs in the sunlight. Mandy’s ribs are so present you could stick pencils between them like twelve elegant shelves. We love Mandy’s ribs, even though they make us feel sad for Jenn’s hoof hands and April’s green hair, Stephanie’s neck sweat like a slip-n-slide and Chrissy’s left eye that crosses over the other. But Kevin has it the worst, with no eyes at all, with us reaching over both his shoulders, melting our warm prickled hands into his face. We imagine his eyes stretched open desperate, cold as glass and slick like his marbles against our palms: the only thing between him and Mandy’s creamy sternum, and her undulating, gelatinous, delicate heart, which is the most alive thing we have ever seen, snuggled like a cheek against the inside of her skin, contracting like a gasp without air, or the blank shush-shush of woods water, a bright red pummeling that shakes and shakes and shakes her bones until she is bent half over in the butterfly bush, heaving.