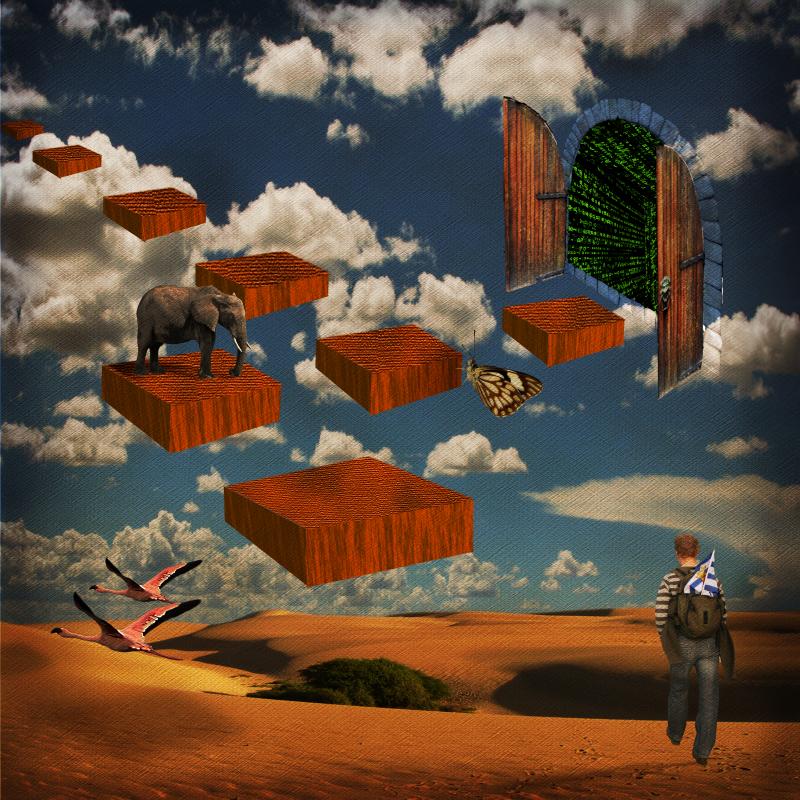 My retina HUD flashes ninety-one; I’ve been talking in my sleep again. Nine per cent gone.

‘Lights on,’ I say. A luxury, especially the punitive second word, but sunlight has become an etiolated thing since the UV filtration dome was finished.

The HUD ticks down to eighty-nine.

‘Coffee,’ I tell the machine. ‘Milk, sugar.’ Eighty-six. One day I’ll give up milk and sugar.

I count the steps from bed to coffee (five) to the great singular sheen of window (six) that is nearly always unshuttered. (It is a two-word command to concertina the shutters; an eight-word one, inclusive of brand name and serial numbers, to close them.) As I look down, the HUD reveals the city’s streets as a tricolour palimpsest of green, yellow and predominant red. I rest my eyes on a patch of yellow and a stammering telemetry informs me that I have accrued six minutes and twelve seconds or thirty-three words.

We’ll meet in the single place our yellows crosshatch – a municipal shock of tightly manicured coniferous greenery – to stare and smile in a way that is less naive and charming than infantilised, made-stupid. Still, I’m excited.

We’ll talk of our promotion chances, of how our greens are encroaching towards one another’s. And we’ll speak, too, in our wordless tongues and furtive semaphore formed in painstaking increments.   Our trinket rebellion.

I remember again our last meeting, the question he asked and the way I nodded in answer: short, clipped but still overt and flagrant. His eyes had flared – such wide, bright anachronisms – and I was reminded of the cynicism I had chosen to disregard around him. Then he’d found a tentative, lopsided smile and what must have been at least a fortnight’s accrual of touch as he held his hands over mine, and I was keen to be assured.

Today it will be my turn to hold him.

A knock at the door and my heart jackhammers.

(Though even now, as my illusion peels away like a poster too heavy for its adhesive, I wonder what this second speaker’s word count must be to say something so tautological.)

And so why not:

‘Of course,’ I say loudly, clearly.

I work as a copywriter for a friendly corporate mega-giant and live, with my wonderful and inspiring (nagging) partner, in the delightful, hermetic enclave of Saltaire, Yorkshire. This is only my second published piece; my first can be found at lqqkzine.com. I’m on that there Twitter thing as @RodneyGodstick