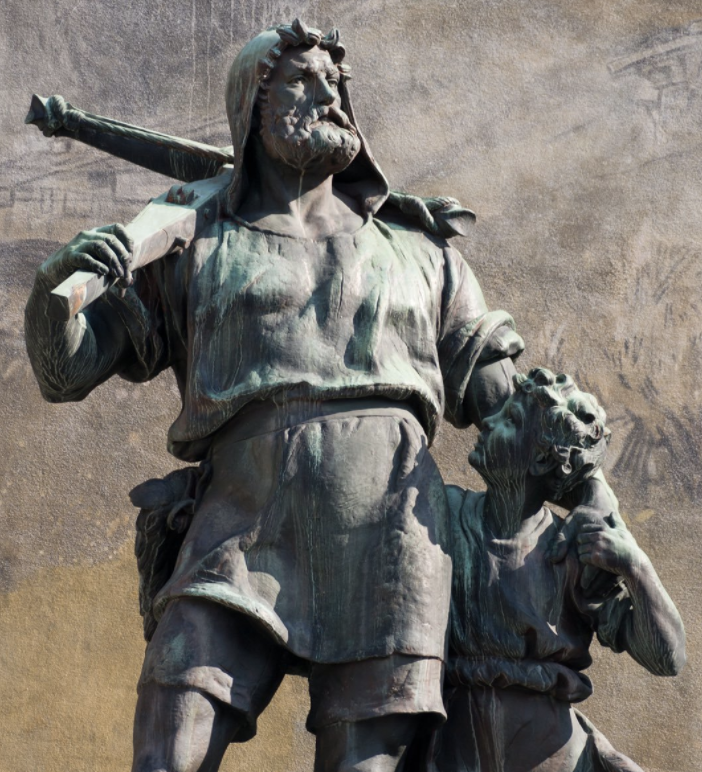 The hunters of meaning had found no meaning. The wanters of dreams were dreamless. Many now drifted toward Hark Morner. This is, like, the back story.

The opening pages of Sam Lipsyte’s Hark are incantatory. They are playful, subversive, and smart. They arrive at the ear as if carried from a future where so much about our world has changed that our grammars—our patterns of speech—have been fundamentally altered; new language that reflects a new era of human thought. This opening had me expecting something of a sort with Gabe Habash’s Stephen Florida (one of the best books of 2017, for what it’s worth!).

In the same way that the long lines of the King James Bible come through so audibly in Leaves of Grass, the odd, almost-familiar cadence of Hark’s opening chapter reaches for the voice of the converted; the believer. We hear a preacher rallying his congregation, and looking around us realize that we may be in the thick of it. Lipsyte, with skill and imagination, delights in language itself.

Unfortunately, Hark flutters and flattens after its initial magic. Lipsyte lets the affect of fervor slide, electing instead to write in the wearily familiar voice that seems to throttle narrators everywhere. Despite the density of stellar one-liners, and despite imaginative and delicious farce, Hark flops, becomes dull and disjointed. Few characters merit our investment—not because they lack virtue but because they sag, subjected to the vagaries of plotlines that come and go in a way that seems distracted or confused, rather than purposefully disjointed.

“Hark” is not just a call to bear witness, to hear the newest gospel. It is also the name of Hark’s strange protagonist, Hark Morner, whom we first meet at the very beginning of a meteoric—very nearly messianic—rise. His fame is that of the viral Ted Talk, the lifestyle guru who quickly finds themselves out of their depth. But Hark does not limit himself to the bland recitation of self-help clichés: he preaches Mental Archery, a kind of faux-historical, faux-religious, yoga-ish practice that vacillates between strenuous mindfulness and emptied meditation. Hark encourages those listening to be the arrow, and the bow, and the target, and the archer—all at once. He does not welcome questions.

The first half of Hark is focused on his small team as they try to grasp little wriggling successes wherever they can. The second half of the book records something stranger—and closer to the miraculous. His slowly-growing team seems to be populated with true believers, as do the corporate conferences, the start-ups in need of a jolt, and the would-be community of the lonely or confused or self-pityingly middle class that find his speeches online. The only one who finds Mental Archery troubling, who seems unconvinced, is Hark himself.

Every so often, Hark brushes against the novel it could be. A talking catfish appears in a dream and holds forth on a great cosmological order. A Woodstock-like gathering of believers fills with sectarian tension—a not-quite-biting satire of the schisms that pockmark the religions which predate Mental Archery (“Harkism”), but more notably an utter romp of imaginative play. A Jeff Bezos stand-in appears and tries to buy up this new religious movement, and a subplot populated with morality-adjacent bone marrow smugglers is given woefully little time.

All these stand in evidence: Lipsyte can do it. He’s got the writing chops, the imagination, and the wackiness necessary for a successful send-up. But the end result is disappointingly de-fanged, and I finished Hark deeply curious about who might have told Lipsyte to tone it down. The world could stand to be wackier! We need a literature of fervent play, and I wish Hark could have joined that rollicking new canon.