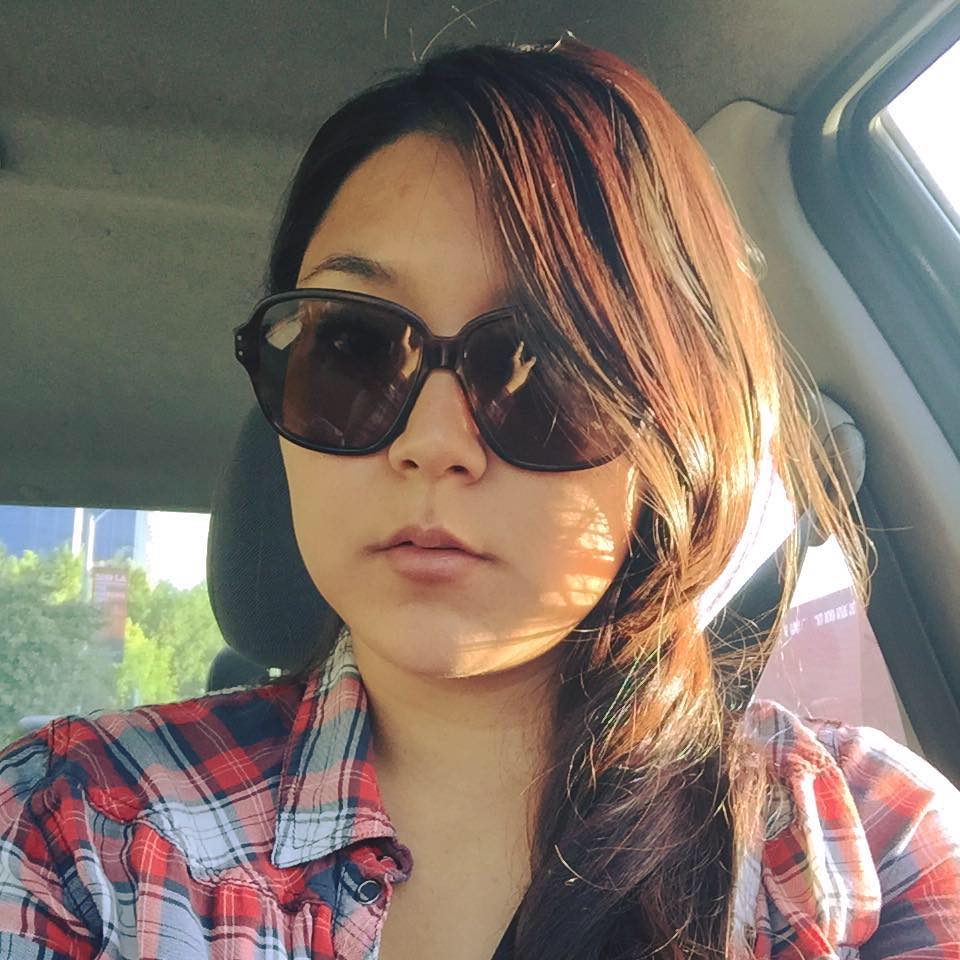 Gesturing Toward And Around Intimacy: An Interview with Janice Lee

Janice Lee is a poet, teacher, editor, and a bunch of other stuff. Her new collection, The Sky Isn’t Blue, was released last week–more information on that is available here.

How is The Sky Isn’t Blue different from your previous collections? What excites you about it?

My previous books have all been fiction. The most recent title, Reconsolidation, was my first book of nonfiction, and it was a huge departure for me. The last few years have honestly been very strange for me, writing-wise. I’ve actually been in this weird lull of on-and-off writer’s block, and I’ve tabled a lot of large projects that I had been thinking about. I wrote Reconsolidation over 5 years ago when my mom died, and when it came out, it was really strange for me to have such intimate and vulnerable writing out there. The Sky Isn’t Blue started as a series of essays I was writing online on Entropy, mostly for me to work out a bunch of weird emotional and transitional stuff in my life, some huge changes that had happened, and ironically, my inability to write. Those essays were really my first series of online writing, and it was exciting to be able to write something immediately and honestly, and then have readers see it almost the next day. I received emails and messages from readers all over telling me how the essays were affecting them, or how they were dealing with similar issues in their life, or how certain things resonated with them in their own difficult times, thanking me for publishing the words. It’s exciting to have these mysterious yet intimate relationships with readers that I’ve never met, and it’s these gestures towards and around intimacy that interest me in writing.

How do you know when a poetry collection is finished?

Well, partly a book is never “finished.” I might stop working on it, but the life it continues to have once it’s out in the world is always surprising and exciting for me. How readers might encounter a text and what they might find in it, what conversations it might spark, how it might build new intimacies. But also, I guess one also “just knows.” I sometimes ask friends to take a look at a manuscript. Or I’ll leave it aside for a little bit and come back to it with fresh eyes. It’s a great feeling to come back to a text and not remember writing any of it.

There seems to be an assumption that art and science are mutually exclusive. What would you say to people who believe that?

I don’t think it’s a productive polarization. To me, this segregation has a lot to do with our constant negotiation with the unknown and the uncertain, with our troubled relationships with belief. Art is often thought about as something murky, unfactual, aesthetic, poetic. Science is concrete, knowable, certain, provable. I’ve been watching the X-Files lately, which has spread the famous mantra: “I want to believe.” Even when we look at paranormal phenomena, the conversation is so much about yes/no, true/false, possible/impossible. John E. Mack remarks that “psychical phenomena of abduction reports violate our present epistemology and worldview” and continues “we have a kind of either/or mentality. It’s either literally physical, or it’s in the spiritual other realm, the unseen realm. What we seem to have no place for—or we have lost the place for—are phenomena that can begin in the unseen realm, and cross over and manifest and show up in our literal physical world.” So belief has become this strange aesthetic category. But so much of what drives science, the desire to know, is also what drives belief. So in this way I don’t see a sharp distinction between art and science, or even between any disciplines of thought: neuroscience, philosophy, phenomenology, psychology, alchemy, ufology, anthropology, theology, poetry, astronomy. I see them as different wavelengths of a broader spectrum in which the intention and desire to know and understand and see supersedes the differences in methodology. I love this quote by the Ufologist Jacques Vallee: “Mathematical theory often has to confront the fact that two contradictory theories can explain the same data. A solution is inevitably found not by choosing one of the contradictory theories, but by going to the next, third level.” I mean, we need the science to get to a certain point, but that next level so often begins with poetry, the kind of association and logic and transcendent thought that poetry can traverse but science can’t.

Are you comfortable writing collaboratively with other poets? Have you developed a process that works for you? When writing The Transparent As Witness, for example, did you and Will Alexander ever disagree on something? How did you resolve it?

Collaboration has been so essential for me in my writing practice. It lifts off so much of the pressure to write “well” or to write towards something specific and imagined and ideal. There’s a tremendous liberty for me in collaborative writing exercises that allows me to experiment and try new things in language or form that I might be more timid in trying out in my own work. It’s also amazing to see how consciousnesses often merge or create a third consciousness. In writingThe Transparent As Witness, Will Alexander and I sent each other writing via email for a period of a few months. We responded to each other without any frame or constraint, and in looking at the writing, we realized how much the writing started to have this quality of a third voice. Our own idiosyncrasies started to become more invisible and this strange and alien consciousness emerged out of the telepathic conversation we seemed to have developed. We never disagreed or had issues to resolve because the project was less of writing towards an imagined, concrete structure and more about developing an intimate relationship in a particular time with the language we had access to, and then to see what would happen. We plan to collaborate again. I think for me, part of what was exciting was that we had been friends for awhile and we always get into these conversations about the weather, the world, the cosmos, the emotional energy surrounding us. And each of us has a very different language we access when describing these feelings and phenomena, yet we understand each other intimately. And so to see how our languages created this new way of articulating these ideas was exciting to see and experience.

How do you push your writing to evolve?

If you lived in a futuristic society wherein the entire population of the world was required to memorize a single poem, and you got to choose the poem, which poem would you choose?

I want your poems
and your people who pretend to be poems,
because at least then in our dying
we are surrounded by the proper pretenders

what if time moved the way we perceived it to
in a straight line, from left to right

I’m preparing a corpse, you said.
It’s expensive to be alive, I repeat ad nauseum.

My laugh finds your laugh in the room, Mary

on our lunch breaks in the sun, by the fountain
we link arms and laugh about something horrific.

If you could redefine “maudlin,” what would you make it mean?

I rather like the definition of maudlin as it is: self-pityingly or tearfully sentimental, often through drunkenness. I think that the only part of the definition I don’t like is that it seems to imply excess, as if the sentiments felt are excessive or over-wrought and not merited in ordinary contexts. So let’s rewrite it as: that which brings tears to your eyes, which may very well be from the warmth of the sunlight or the first few notes of a sad song you haven’t heard in a very long time; that which turns your gut upside-down, because you can hardly breathe or more when you can feel the weight of the entire world crushing your insides and also, it is raining outside, that which makes you feel so much, your chest wanting to burst and the tears coming at irregular intervals because it is through feeling that you intuit and perceive the interconnectedness of the world and realize the importance of both night air and nostalgia.

Janice Lee is the author of KEROTAKIS (Dog Horn Press, 2010), Daughter (Jaded Ibis, 2011), Damnation (Penny-Ante Editions, 2013), Reconsolidation (Penny-Ante Editions, 2015), and most recently, The Sky Isn’t Blue (Civil Coping Mechanisms, 2016). She also has several chapbooks Red Trees, Fried Chicken Dinner(Parrot/Insert Press), The Other Worlds (Eohippus Labs), and The Transparent As Witness (Solar Luxuriance), a collaboration with Will Alexander. She is Editor of the #RECURRENT Novel Series, Assistant Editor at Fanzine, Executive Editor of Entropy, and CEO/Founder of POTG Design. She currently lives in Los Angeles and teaches at CalArts and Pitzer College.