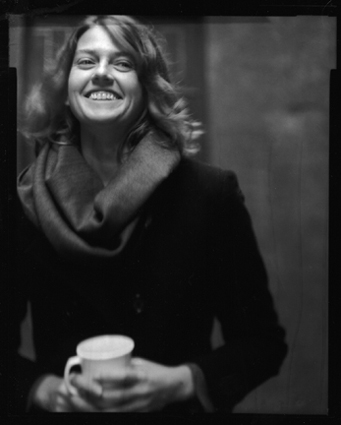 Connection and Connecting with Sommer Browning

Sommer Browning is a poet, comedian and librarian based in Denver. Her poems have appeared in BOMB, Spork, Brooklyn Rail, and more. Her most recent book is the collection of comics “Everything but Sex” by Low Frequency Press.

I like to think about this. What are we. We aren’t a collection of details though we are brimming with their effects.

Your written work is such an interesting style of narrative prose poetry. How did you develop it? Did you originally write prose?

Thank you. Thank you for thinking I “developed” something. Really it all seems so much like that video game Katamari Damacy (Do you know that game?) where you just roll a huge sticky ball along aimlessly collecting everything it rolls on. For me, I’m a ball of fire hydrants, fights with my mother, tulips, Heidegger, etc. I don’t want to shit on the work I put into writing (or, rather, my therapist doesn’t want me to) but I feel a closer kinship with accidents than premeditated practices. And yes, originally originally originally I wrote prose. I wrote discursive stories about nuclear winter and dancing food and children who were raised on lies. I think I took some of that form for it’s ability to convey stories but pulled in the economy of poetry to make sure the details (the individual nouns and verbs) are tasked with the narrative work, too.

One of my favorite writing teachers once told me that, “writers are people obsessed with one single thing and just try to express it, over and over, in different ways.” What would you say this “one thing” might be for you?

You’re also a librarian, comedian and artist. How do you think all of these things inform your poetry, and each other?

Language defines a lot of my interactions, dreams, and life trajectories, I suppose. I write jokes, draw comics, and work in a library because my life has centered itself around language. Even when I go on a hike I’m just wondering what the pricker bushes are called. On the way to work I formulate the exact wording I’d use to convey my anger at America’s cruelty if I was asked by a reporter to explain why I was at some protest. So, I’m not sure if being a librarian or drawer informs my poetry, it seems backwards and opposite–that this near obsessive thinking about phrasing and syntax and timing propelled me to pursue all of these things.

You’ve lived in Virginia, New York, Colorado (more places too I assume) – what role do each of these places play in your work? How do they inspire you? Or constrain you? How’s the literary scene in each?

Oh man. Cities are so important to me. Cities keep me alive. I know it’s the people, the concrete, the movement, the garbage that feed me, but it’s not any one of these things. It is the dissonant organization of these things, the absurd connection of them, the McDonald’s down the street from Jean-Georges, the daffodils growing out of a dirty diaper. I would likely kill myself if I lived in the country. Too much me out there. What makes it into my poems is connection and I feel that all over the goddamn place in a city. I might like to gaze at a mountain, but given a choice I’d rather fuck in an alley.

There is something really special about the poetry scene as I have experienced it. I am very lucky. I think I could sleep on a poet’s couch in every state if I asked around a little. Do doctors or politicians have that community? Maybe, but I wouldn’t let them sleep on my couch. I have found community in every city I have lived in, sometimes bigger, sometimes smaller, sometimes intimate, sometimes reticent. And because we are writers and because we have deep, terrifying feelings, I think we keep our connections alive for long periods of time.

What was the first poem or piece of writing that you remember loving?

When do you consider a poem “finished”? If at all?

When I reread my old poems I see that they are not finished. (It would be an interesting experiment to write a manuscript with the idea that I would revise it in 10 years, finally “finishing” the thing.) But when I published the poems, years before, they were finished. I look at my poems again and again after I have written them, carry them around with me so I can look at them when I’m waiting in line at the grocery store and when I’m walking to work and when I’m with my kid at the park, read them in many different contexts and in many different moods so I can gain some perspective. Revising when it’s necessary. When I feel I’ve done that enough, they seem temporarily finished.

How is performing comedy and performing poetry similar? How do you try to connect with your audience in each?

My kid Georgia did a performance a few months ago where she was a duck expert and talked about ducks, showed some of her own toy ducks, and took questions from the audience. She was pretty nervous beforehand. She told me it was because she didn’t know everyone. So at the beginning of the performance we asked the audience to go around and introduce themselves, just say their first names. I think it made everyone feel more relaxed, it created intimacy, and suddenly the evening felt more like a discussion rather than a performance. I always prefer when my performances (readings, talks, joke telling) feel more that way. Maybe I will be doing most of the talking, but I want engagement, connection. I feel best if there is some reaction from the audience, like kind heckling or laughing. It’s easy to mistake a poetry reading for a firing squad. I’m a pacifist. A pacifist who didn’t really answer your question.

Your friends and family appear in many of your poems – do you think they appear as true-to-life cameos, or do you take creative license and turn them into characters?

The friends and family that appear in my poems are true-to-emotion, maybe not true-to-life. Details and facts are supposed to fall away or change or be misremembered in service of a deeper, vital, emotional truth. That goes for art, certainly, with great consequences. And when it happens in real life it is utterly crushing. Think of a lie. There’s nothing more true or more revealing than a fabrication bursting with deceit and detail. I think that’s why it hurts so much to be lied to because you are cast into a light so strong and stark that you see how alone you really are. I’m reading this Etel Adnan book that Nightboat put out and she asks, Is memory produced by us, or is it us?  I like to think about this. What are we. We aren’t a collection of details though we are brimming with their effects.