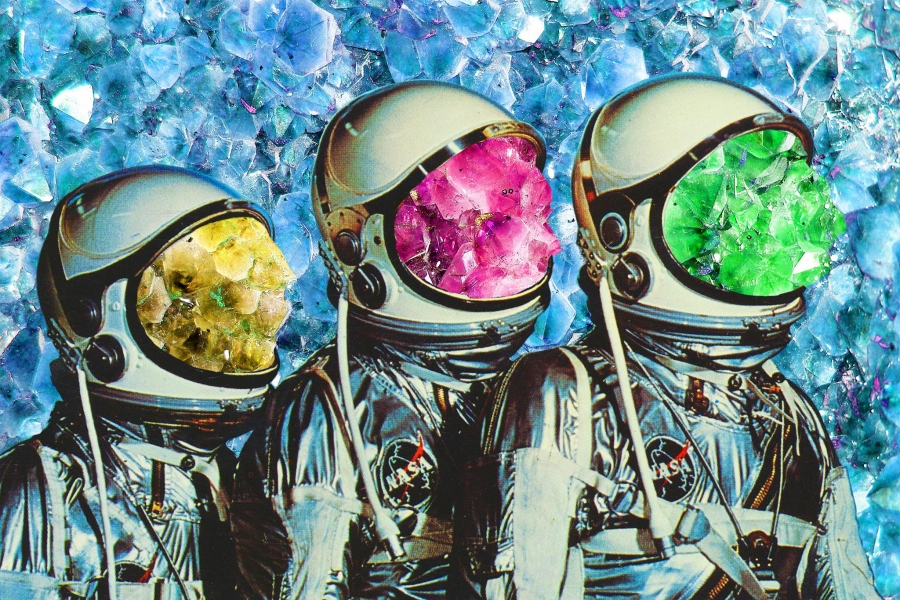 He starts out with a single
brick. Dark gray, long,
flat, and wide – a
perfect piece for
the base of the
ship. Then he
adds more bricks.
Small ones, large ones.
Red, blue, white ones. Some pieces have holes. He doesn’t care about the colors or the holes, though. He’s going to use everything in his box of bricks to build the Ayrilik-420 from his

favorite Cartoon Network show, Space Hunters: 2666, and when he’s done he’s going to
show Grandpa, who’s going to love it. He stacks bricks so the walls will protect the
ship’s pilot. Then he adds wings and windows and a two-by-two slope brick with
a computer painted on it and two “joysticks” for controls. The doorbell rings. It
must be Grandpa, but he’s not ready to show off his creation yet. His
mother calls the boy, who answers that he’ll be there in a few
minutes. He’s almost finished. Now all he
needs to do is add a figure that will ma-
neuver the ship through the sea of
stars that is constantly under
attack by aliens who want to
rule the galaxy. Meanwhile
Grandpa calls him. “I’m
coming!” But just as he
runs out of his bed-
room and down
the hall, the
ship slips
out
of

and    plummets
to
the
floor.

The pieces of the ship were now scattered everywhere. At first, the boy cried, and Grandpa had
to console him, but once he dried his tears,

he
looked at the
bricks on the floor and saw…
the enemy
ship.

Christopher Iacono lives with his wife and son in Massachusetts. His work has appeared or is forthcoming in tNY Press’ the EEEL, Unbroken Journal, Unlost Journal, and Five 2 One Magazine. Besides writing fiction and poetry, he has also written book reviews for Three Percent and the Neglected Books Page.