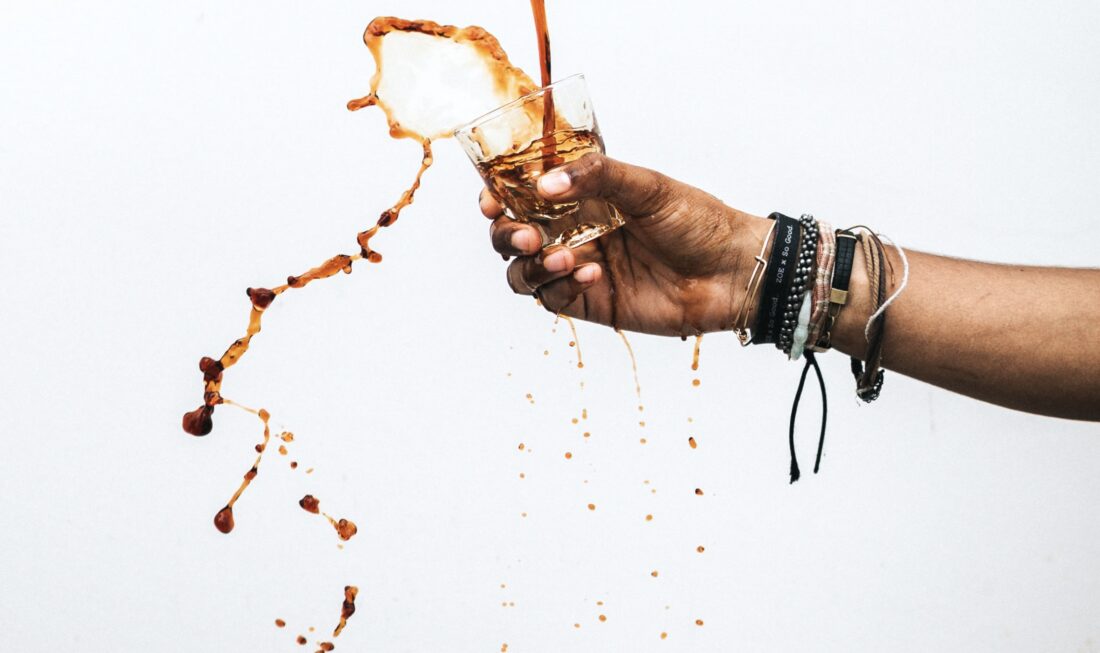 A man wakes up one day and decides to leave his wife and quit his job and take everything that he considers his and burn it on the front lawn, leaving only the clothes on his back, and to start walking down his suburban street towards the life that he feels he should have lived all these years. He does this in the full knowledge that it will destroy the people around him, absolutely. But he also knows that eventually they will get over his decision, forget him, but he won’t because he can’t, because it doesn’t work that way and it never has. He sets the fire and he walks anyway, even knowing. He feels nothing in his steps, no more freedom than he had before setting the fire, but that’s not the point.

A man wakes up one day and he decides to live as if. She has told him that if he goes, she will shred him in the divorce and that she will take what’s his and that the kids will stay with her and he will be lucky to see them on the weekends and for two weeks every summer. Visitation will be supervised. She believes she has him. He believes this too. He can’t leave without upsetting the whole McGilla and turning everyone’s lives completely upside down, so, he stays, but not really. The part of him that was fighting for it all, fighting for a retention of normalcy and a preservation of the status quo, left that day. He lived as if he was married to someone else. Or, more accurately, he lived as if he was someone else. Someone who he once was. He stopped asking permission for every little thing he wanted to do, stopped worrying how his actions affected her, stopped trying to fit himself into her life and started living his life next to hers. He bought a gun and started shooting at the range. He walked for hours. He lived as if she didn’t exist and but was also always right there, next to him. He lived to spite her.

A man wakes up and finds himself alone and afraid and wondering if the life that he had had was still there for him, if only he knew the words to say that would make it all right again. Of course, there are no words, right or otherwise, not after what he has done. It was unfortunate, was what he would tell people, but that really wasn’t the case. It was very fortunate, and deep down he knew that. He lived wrong. It affected everyone around him. Made them sad. Made them hate and resent him. And, he could feel that. He knew it wasn’t their fault but he grew to resent them too. So, he did what he did and the decision to do what he did came as natural to him as anything ever had. She didn’t catch him, he told her, but only after months so the betrayal would be as near complete as it could be. They’d shared the same bed, during. It was a subtle detail that was easily enough deduced without speaking of it. He knew what he was doing and sometimes, did it with both of them on the same day. He didn’t need to tell her this because he told her when and where he would do the thing he did. He hid it from her and then he didn’t. That’s what she hated the most. That he could hide it. That he could do it so completely and she had no idea. She was not a stupid person, but he made her feel so. He confessed and she said she was scared and that now her hand was forced. He accepted that as naturally as his lungs accepted air. There really are no words, not now. He sits up in his bed and he greets the day and as his feet hit the floor, he knows what he feels now isn’t freedom, it isn’t prison either, it’s nothing, and that was always his problem. He could feel it all sometimes, but most of the time, it was just like it was when he first woke, all blurred around the edges.

A man wakes up on a bunk in a cell in the Dane County Jail and he has no recollection of how he got there or how he got the bruises on his knuckles but the others who are in there with him keep their distance and when he asks for his phone call the jailor tells him he’s already had it and that she’s told him to figure it out for himself because she is finally done with him, and that it’s for good this time.

A man is in his home and he is holding a turkey leg above his head and he is screaming and the kids are upstairs and they are crying and his wife stands in front of him and she is calmly explaining what has happened. The holidays can be so fraught and troubled and stressful for all involved. She had placed the bird in but had forgot to turn the oven on, there was so much going on. He does not accept this as throws the turkey leg at her, which she ducks, but screams anyway and loud enough for the children upstairs to hear. He decides he needs a drink, then, and goes to the liquor cabinet, which is locked and the key has been hidden, which causes his rage to spike again and the screaming to go nuclear. She cowers and she covers her head in anticipation that is not disappointed. When he’s done, he opens the cabinet by breaking it and takes the bottle of Jamesons to the closed garage where he drinks behind the wheel of his Ford F150 until he falls asleep. She has his keys in her hand and he does not wake when she opens the door of his truck. The bottle is empty and in his lap. He’s said the words that she knows he will say in the morning on many other mornings. She’s heard them. She leans forward and the car makes a dinging noise but his eyes don’t open. Her hand rests on the keys in the ignition, primed to turn.

A man is sitting next to a woman on a street corner and the woman is holding a sign that explains that they are traveling back from New Orleans to Chicago and that they just need a little help to see them through and that anything would be greatly appreciated. Between them sits a large take-out coffee cup and a boxer dog named Bernie that they picked up in Dayton, Ohio three summers past. He is an old dog and he is going to die and soon. In the cup there is enough money for them both to get well and to sleep through the night and to maybe get something cheap to eat. They’d been at it all day. They smell like human’s must have smelled before humans became concerned with how they smelled. Her hair is bleached and the sides are shaved. He is bald. When he met her, she was young and fresh. When she met him, he presented as kind. He asks her if she has the smokes and she reminds him that they ran out. He takes the cup and empties its contents into his own pocket, save for about $1.50 so it looks like others have given and thus would encourage more giving, and he walks off. He’s done this before, asked about some resource he knows they’ve run out of and then takes the money to go get that resource. It’s about a 50/50 chance that she will see him again before morning. He’ll come back. He will be remorseful. He will be shameful. He will be.

A man sits in an office that he’s earned. Late nights. Early mornings. Weekends. After-hours conference calls. It’s up high and is situated in the corner. Real primo digs. His secretary brings him his coffee and the morning paper every morning. His assistant keeps his schedule, business and family. He has the Nakoma account at 10:30, the Branson thing at 12:00, a working lunch, partner’s meeting at 3:30, drinks at 5:00 in the lounge, and family trivia w/pizza from 7-8:00 PM. His assistant reminds him of his daughter’s orthodontic appointment, she’s getting her braces off, and he asks for a resched, and the assistant says “done, anything else” and he says “no.” He takes 1.25 mcg THC with his morning vitamins and it keeps him sane and calm. He takes a whiskey with lunch. His wife keeps his house. He does see his family, but everyone knows it could be more. He’s going to retire in about 17 years. He doesn’t want to be one of the old guys hanging on. He wants to have time. He thinks he’ll have time.