THE FLOOR IS LAVA 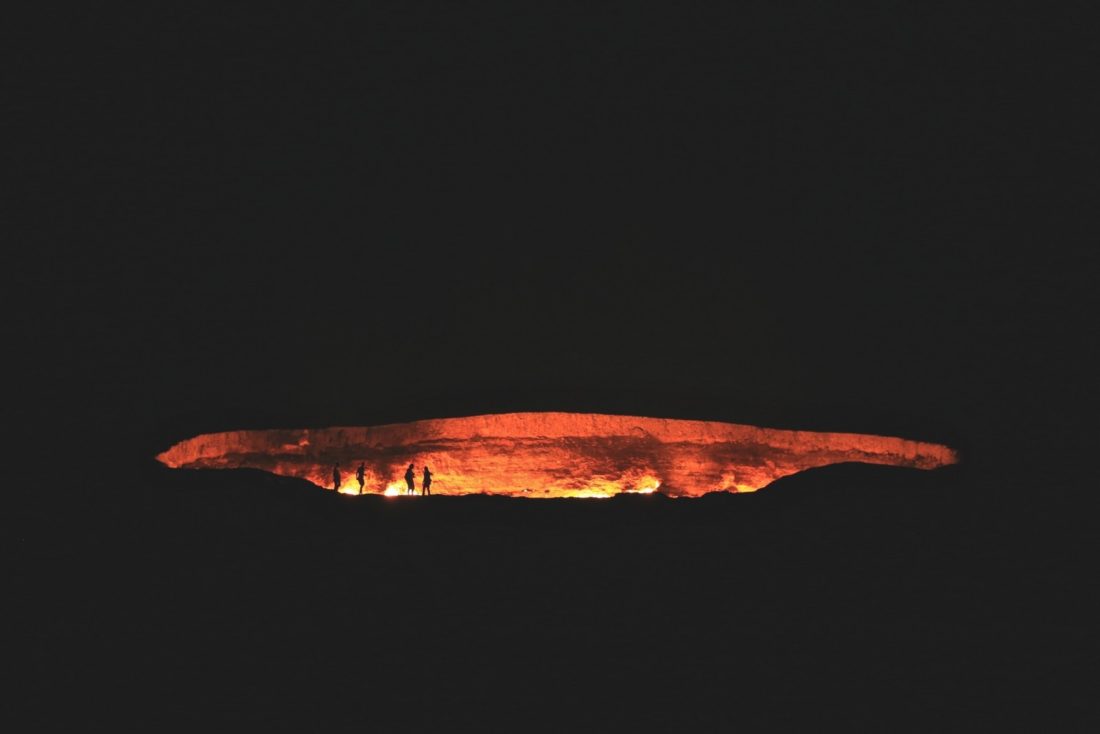 My sister wants to pick out a whole new kitchen. She wants a new fridge, new flooring–the whole nine yards.

“I’m tired,” she says. “I’m tired of the shitty dishwasher and the spackle spots on the wall and the stupid microwave.”

Have you seen the stove?” she asks. “It’s so old it’s disgusting.”

She needs me to come with her because she has the kids and someone has to make sure they don’t ruin everything while she chooses cabinets and drawer handles and paint swatches.

Whenever I watch the kids, there are unspoken rules. The first one they remind me of is that anything can be made into a game. The second rule is that games can be played anywhere and anytime–when you’re scared at the doctor’s, when you’re in the backseat of the car, when it’s twenty degrees outside, when you’re waiting in line, or stuck in a crowded subway train. You can even play at Home Depot, which is where we are when it starts.

We had just made it past the aisle with the faucet fixtures; we hadn’t even started discussing  lighting options, when one of the kids screams:

“The floor is lava!”

“The floor is lava!” she shouts. She shouts it as if people might have gotten used to the floor being lava and had stopped paying attention to their legs burning off.

My sister jumps onto a wooden pallet. The kids are clinging to shelves of paint. They’ve gotten off the floor as quick as possible.

I teeter on a cart with plants piled on it; a succulent falls off.

We all get down and Riley is laughing so hard she is the color of tomatoes. Nobody else is paying attention. They’re browsing door hinges and granite slabs. They’re trying to figure out which wood stain will best match their countertops.

We go to a section filled with refrigerators. All different types of fridges just lined up. There’s one that has a touch screen on the front where you can write your name or your grocery list or your dreams deferred or even a joke about butts.

“Why?” says Riley. “Everybody has them.” She slaps her butt to show me.

“Can you sit with them?” my sister asks. “I want to talk to a consultant about measurements.”

“Sure,” I say. I say “sure” like this is the easiest thing, to sit in a warehouse filled with dangerous tools and materials for an hour with children who have just eaten a bag of Skittles and several Dum-Dum pops apiece.

“Let’s go over here,” I say, leading them to the section of model kitchens. Each kitchen is unique. One has a convection oven, another has an extra freezer drawer, there is one with a wine rack but no wine.

“Okay,” Emery says. “You go on that side, and Riley goes over there. We’re gonna pretend we’re neighbors.” She talks to me through a shared, fake kitchen window with our sinks on either side.

“Why are you using a Southern accent?” I say.

“This is just my accent,” she says.

“We both have one!” yells Riley.

“Bless your hearts,” I say.

They ask me how the kids are, what I’m making for dinner, do I want some chocolate chip cookies fresh from the oven. My kitchen is lovely, they say. I love yours too, I tell them.

The third rule they remind me of is that there are no rules.

“Your floor!” yells Emery. “It’s turning to lava!” We have to forget the cookies, let the wine rack burn, and save ourselves. We all jump on our respective countertops. People are looking at us. When they are picturing their new kitchens, they are not picturing it with people laying on their countertops. They just want to get on with their day. They want to fix that stupid pipe that burst all over the bathroom. They need a hinge that won’t creak. They want to leave with a vision they can mull over, not one where they have to erase bodies draped over the sink.

Riley makes a gurgling sound and writhes on the floor.

“They’re all melted and gross and their faces are coming off,” she tells me.

We leave our fake homes and lock our fake doors and walk down an aisle of light bulbs. We go down another with screws and nails and adhesives. We come to a section of spray paints.

We all instinctively cling to the shelves. I look at the man trying to find a glossy finish.

“I’m sorry,” I say. “We’re playing a game.” I ease myself down. I straighten out the cans. He stares.

“This is dangerous!” I yell at them.

“Lava is dangerous!” Em yells back.

I help Riley down from a row of green top coats. We go back to the fridges to write butt jokes and smiley faces and peace signs. We peek in them to see what we’ll have for our imaginary dinners.

By the time we make our way back to my sister she has floor plans and ideas and will come back to put down a payment. She shows me marble samples, asks which one I like best. Do I like the cabinets with the beveled edge or the one with the brass knobs? She wants to know. Do I think she should do tile or wood for the floor? Riley is gurgling behind her; she’s melting into the floor.

We leave with choices. We leave with ideas for how the future kitchen might look. We’ll sit around it for Christmas, have holiday breakfasts where everyone brings a dish, blow out birthday candles, wash the dishes. They’ll all go just right. Uncle Pat won’t be drunk; our parents won’t fight; the kids will behave.

The automatic doors are opening and Emery taps me on the arm. She looks behind her, giggling.

“They’re all melting,” she whispers. We cross the street and start sprinting to the car.

We scream wildly and cling to the door handles; we jump on the bumper and wait for my sister to unlock the doors. We attempt to get in without touching the ground. Riley is clinging to the side of the car. My sister yells that she’ll leave without us.

“Look!” Em says. “The ground is normal for five seconds.” We’ve caught a break. We get in.

Em looks at me, out of breath with eyes as wide as moons.