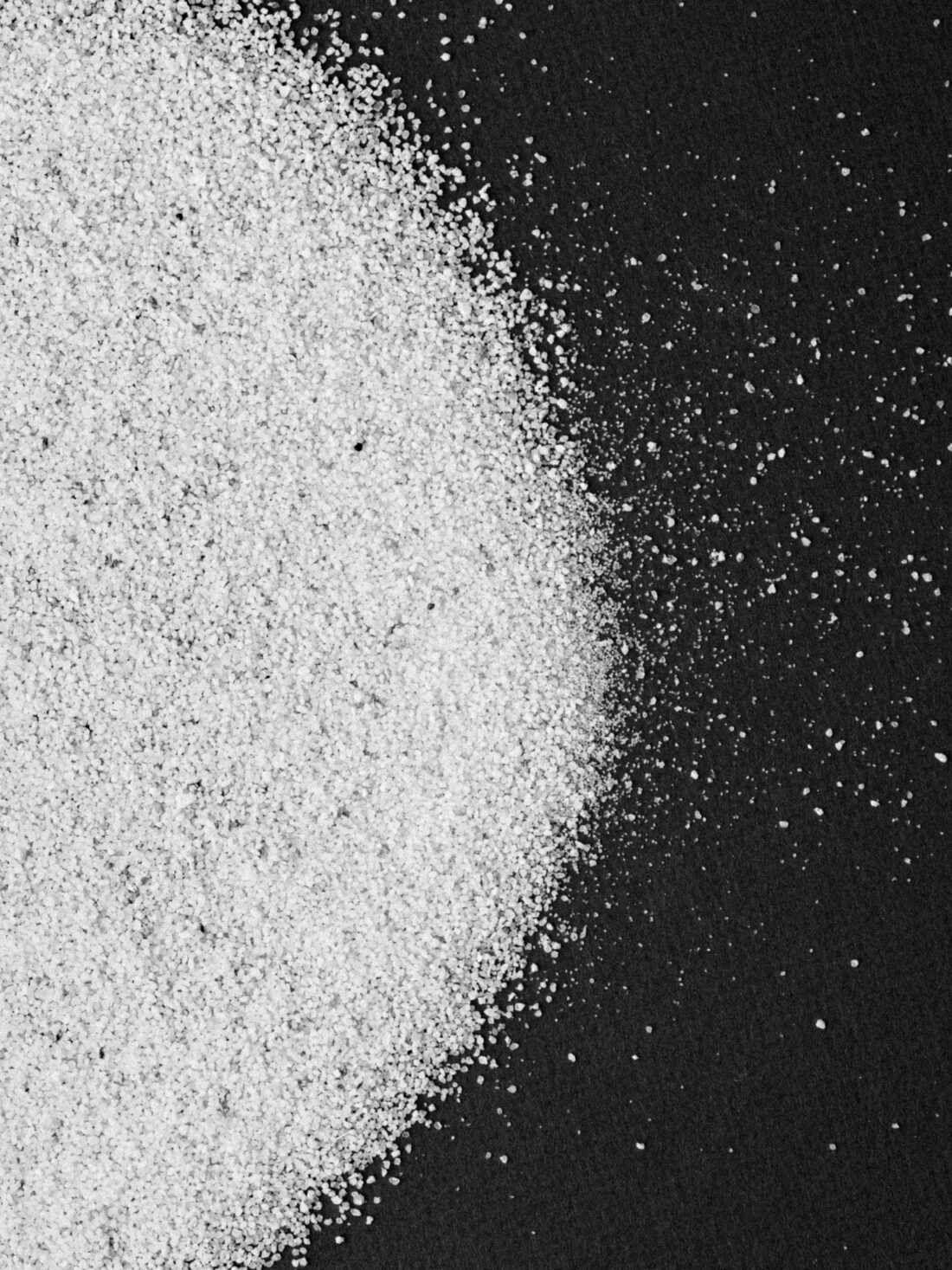 I always hated the Saturday morning sunlight. To me it felt like bleach, or the delousing powder they used to throw on prisoners — something toxic and excoriating. I tried to outrun it, racing from the edges of the night to hide in dim corners of pallid rooms. Now I go to bed early, just so I can get up to meet it.

There are few things more edifying than a quiet kitchen on a Saturday morning — a little sunlit corner for the soul. I make coffee and sit with the morning papers, which I don’t read. I just like the pink-noise rustle of the broadsheets, their damp inky smell. I feed Eric (my blue French Bulldog) his breakfast and watch his velvety snout snuffling through his kibble for the bits of flank steak I saved from my dinner last night. He snoozes in his bed beneath the skylight, where warm sunshine flows down like freshly-brewed espresso into a cup. There are pink peonies in a vase on the windowsill (flowers for fuck’s sake — another thing I could never have imagined myself enjoying) four in bloom but one still in bud, scrunched up tightly in a stubborn little ball. It reminds me of Marlowe’s face when she was a baby. When we first brought her home I thought she looked like neither of us, and so to me she was just a featureless presence — angry and alien. She texted me a day ago — typically perfunctory — might need to crash at yours Friday night. Faye with me as well xx. I know that, to my daughter “Friday night” counts as any time before noon on Saturday, so I’ve plenty of time. I remove the outer petals as delicately as possible from the recalcitrant peony so that it might be encouraged to open itself up to the sunlight.

Marlowe wants to “crash” at mine because, for the time being, I have accepted the role of the more lenient parent, the chilled-out one, which I guess is what I always wanted. One of my fondest memories of her is a recent one — the first time we spoke about music. She picked up on a reference to The Smiths in a Phoebe Bridgers song and asked me if I was a fan, the first time I can recall her asking me a question in which she was genuinely interested. I told her everyone from Manchester loves the Smiths, even though they were a bit before my time. I played her “The Queen is Dead” on vinyl and got a bit excited, all —  “Jonny Marr got that sound by dropping knives onto the strings of his telecaster.” She smiled and let her old man ramble on. I chose to end the biography there rather than spoil the illusion for her, I mean — at what age are parents supposed to tell their kids about Morrissey anyway?

Marlowe doesn’t realise it but her mother and I are actually pretty tight on the whole “co-parenting” thing. I’ll text Steph to let her know what time our daughter arrives and what sort of state she’s in. We did it all ourselves back in the day, the late nineties rave scene — strawberry acid and Mitsubishi pills. We had Marlowe very young, and we honestly thought she wouldn’t change our lives too much. We told ourselves — with straight faces no less — that we would take her raving with us. At the time that seemed like something which was genuinely possible to us, we never thought we’d grow out of it, never thought we’d change. Now the thought of what these kids are up to terrifies the fucking life out of me. What they’re getting their hands on — it’s not just pills and a bit of Charlie any more it’s fucking ketamine, 2C-B, DMT, GHB, with a side of fake Xanax to take the edge off the comedown. Things that, when you’re young, you like to think of as a gateway to a higher form of consciousness but in reality they’re just cheap poison cooked up in filthy labs by sex-traffickers or washed with diesel in rusty oil drums by child soldiers in the middle of the fucking jungle to fund genocide and civil war. Severed limbs and headless corpses and motherless children and beaten women and gaping, sucking gunshot wounds and broken kneecaps, piled high in the wake of it all — expendable capital so that my daughter, my perfect little girl who used to sleep, sighing softly on my chest can shovel a bump of unidentifiable powder cut with rat poison and drain cleaner up her nose off a door key in the corner of some sweatbox club, oversold by some scumbag promoter making the kids queue four-deep at the bar to pay a fiver for a bottle of fucking water.

Whenever I took ecstasy, it used to make me sick. The serotonin which it stimulates in your brain, is also released in your stomach and that’s what makes you puke. Scientists call the gut “the second brain” so when people say they’ve got a feeling in their gut, that is actually an accurate way to describe it. Except for me it’s no longer the sweet anticipation of onrushing euphoria, it’s the febrile sense of dread which only comes from being a parent.

I’m on my third coffee when Marlowe and Faye burst in through the back door. Both of them look wired — eyes like lost satellites. They smell of sweat (theirs? Other people’s?) and dry-ice from the smoke machine. They’re covered in a glittery sheen. Eric runs over to greet them, his paws skittering across the wooden floor and they both squeal as he tries to jump up and lick their bare legs.

“Hey Dad, we’re back!” Her voice is the volume of someone who’s been dancing next to a speaker all night.

“Good night was it?”

“The best!” They reply in unison. Their jawbones flapping like kites in the wind.

They look happy. Just two people who’ve had a great night and will recover quickly, the way you still can while you’re young. They clatter around the kitchen, leaving a breaking wave of detritus behind and then they’re off upstairs to bed, or at least to the reassuring darkness of the bedroom. I try to think of something to say but I don’t have much to offer. Try not to deplete your serotonin levels too much because believe me young ladies, you will need it when you get older. Take a 5-HTP supplement from my medicine cabinet or help yourself to a couple buds of sliver haze from the box in my study drawer, I know you know where it is. Instead I just say “drink some water” when what I really mean is please look after each other. And whatever you do, for God’s sake, just survive.