house of the dead 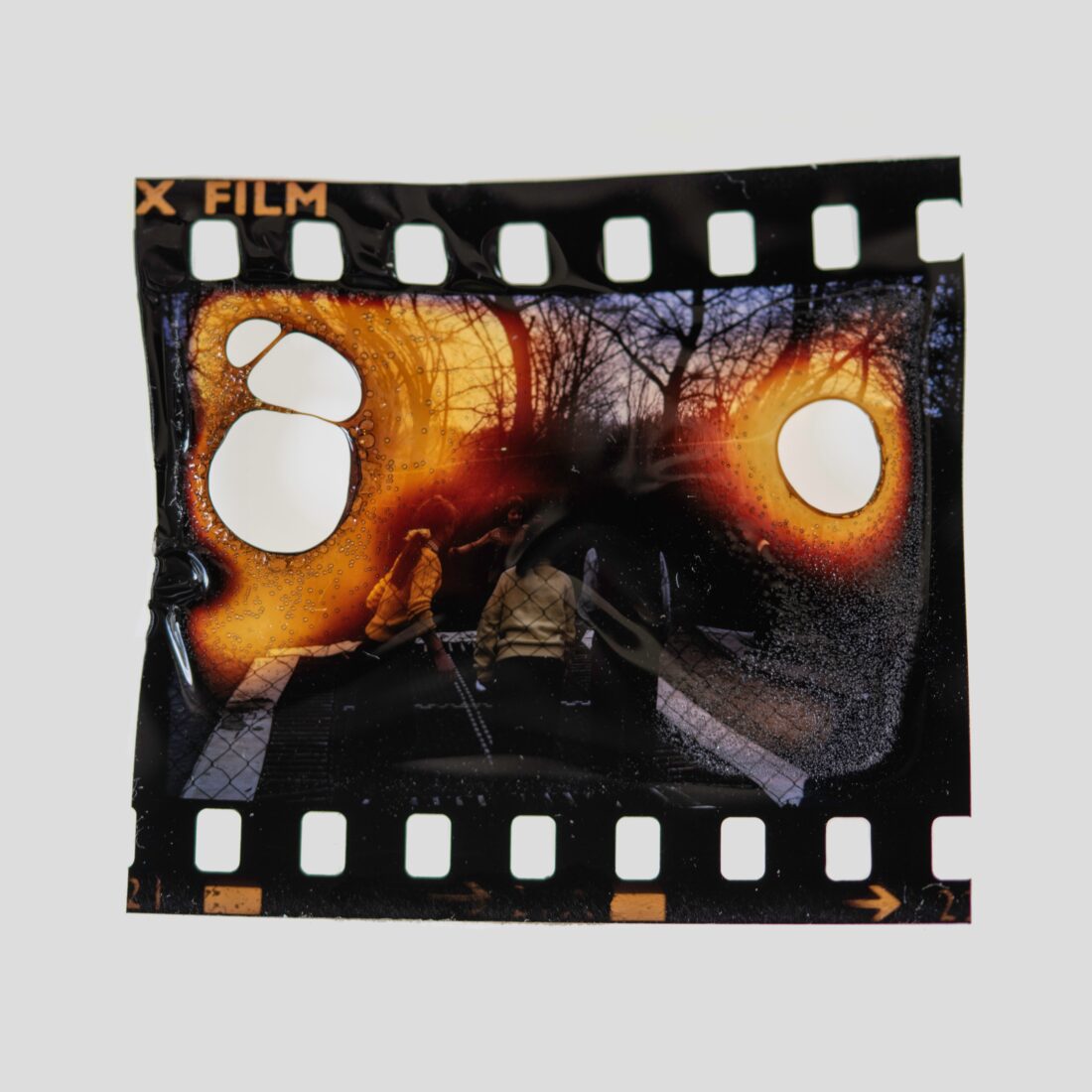 I remember earlier in April when the car crashed into the convenience store by my house. I was inside with friends looking at different flavors of Arizona Iced Tea.  We thought it was a freak accident. Some glitch of the cosmos we were lucky to witness. When they popped out of the car holding guns and wearing stockings over their heads I didn’t freak out. All my friends dropped to the floor. I stood there and watched like a baby in front of a TV. They stuffed everything they could in duffel bags. Only one of them went for the cash in the register. The rest plundered the place. Beer, chips, apple pies, beef jerky, cigarettes. They filled their duffel bags to the brim with snacks and cash and got back into the car, slowly reversed, and drove off into the night.

From then on things changed for me. My daily practices became strange. I got into the habit of waking up at sunrise, and staring out my window for two hours. In the clouds I would make out fawns, rabbits, horses, godzillas, fairies, cowboys and more. Other times I would wiggle my toes, look off, and let the blue sky soothe my mind.

The rest of the day I played House of the Dead on my phone. The shotgun on screen would lead me down candlelit hallways and through victorian bedrooms. I drifted along, blasting zombies as they appeared. Their big splats of blood became crumbs of dopamine that nourished me through the day.

Also, I barely ate. I allowed myself a grapefruit for breakfast, and for lunch a bag of plain potato chips. Since that event in April I looked for every excuse to go to the convenience store, so I’d walk over everyday and stock up on my grapefruit and chips and eat a hot dog or two. The only condiment I put on them was onions. I told myself all these little habits constituted a monastic existence.

This continued for months. At least up to the time where I think he first saw me. He had to be perched on some distant cloud. I was laying in bed, letting the light sift through specks of dust and graze my body. It was June, and everything in my life vibrated with abundance. I felt it, but it was out of my grasp.

I’m not saying he literally saw me. But when I encountered him for the first time, I knew that we had met in another timeline, beyond the warm buzz of summer.

Then there was the evening I met him. I had finished writing a technical article for the software company I worked at. Texts from friends trying to make plans flashed on my phone as I tapped away trying to beat my last score on House of the Dead. My mind was full of sand. The sky outside the window was a hazy murmur of purple-grey. It was beautiful, but it wasn’t comforting like the clouds and the blue of my morning routine. Was I really cliche enough to lay around staring out my window every day? Maybe I was. I slipped on my shoes and headed out.

Bodies shuffled down the sidewalk as the sunset faded into the night. I bumbled down the street, beckoned by the purple and green siren call of the convenient store lights. When I entered, he was counting cash and lazily peeked into my eyes through his parted long hair. He watched as I  grabbed my chips, grapefruit, and hot dog. I put my usual meal on the counter and he asked me: “What’s your sign?”

“Actually, that stuff is bullshit. it doesn’t really work. The system is all wrong. Here, let me show you something.”

He pulled out a laminated chart from under the counter. There was a grid, 15 x 15 featuring various gems and planets I’d  never heard of. it was crudely put together, and everything on the grid had been superimposed over a low resolution image of stars in space.

“You’re crossed with the planet klaxon and the abysliod chateryx gem. this gives you the disposition of the floating hellion, which means you’re full of water, anxious yet unaware of it, and often bullheaded.”

Nothing he said made sense to me.

“I actually knew that would be your sign,” he continued, “I could tell by the way you looked at me when you walked in the door.”

My eyes wandered to his forearms. His skin looked like it belonged to a newborn. I looked him in the eyes and asked what gave me away.

“I’m not sure… but we’re trained to read customers when they come in the door. I’ve always studied the planetoid gems chart, I find it useful.”

He scanned my items and I paid. As I was grabbing my groceries he asked me if I’d ever been to this park in the south of the city. “Come meet me there tomorrow night,” he invited.  We exchanged numbers before I stepped out onto the street.

The next night I ate my hot dog on the bus. I got off and walked the half mile to the underpass where he said we would meet. This area of the city looked like it was full of unfortunate things. As soon as we met he led me down a few streets past some warehouses and factories. We walked in silence. The lights of the factories around us flickered like candles in a cathedral. It didn’t take long for us to arrive at the park.

There was only a slide, monkey bars, and a small field of patchy grass. It seemed especially mediocre. I’m sure many people in my life would wonder why I came. I began to ask the same question myself.

He grabbed my hand and led me to the field. “I took you here because it’s one of the only places in the city where you can get a glimpse of the stars. All the factories around give it less light pollution and you can see the brightest ones.”

He pointed to one of the stars. “I’m from there,” he said.

I tried hard not to laugh. You beautiful idiot, I thought. But I didn’t say anything. Instead, I stared off at the grass, smiled, and reached out to grab his hand. It was cold and moistureless. He led our held hands over to his crotch. I let go softly and began to feel him outside of his pants, before slipping my hand in.

When it was over I stared at my cupped palm filled with his semen. It was cold and pearly and looked like something from a cartoon. The goop reflected a thousand miniature versions of my face back to me. I brought it to my face and stuck out my tongue. It tasted sour. I wiped the rest in the grass and turned over to hold him. He laid there motionless while I wrapped my arms around his torso. He closed his eyes while I stared off at the slide and monkey bars. I couldn’t get myself to look at him.

I was playing House of the Dead several days later when I got a text from him asking if he could come over to my apartment. He said he had something to tell me. Several hours later showed up wearing his uniform from the convenience store.

“I want you to know that I need to go back. The federation called me. I’m going to have to leave.”

I’ve met all sorts of different folks in my life. I was taught that people have complex reasons and backgrounds for what they do. But I couldn’t understand this man. I didn’t know why I tried. I moved to get closer to him, I wanted to put my hand on the bottom of his back. He didn’t respond.

“There’s one last thing I want to show you, I never proved it to you, but I really am from out there. This is my lazer.”

He reached into his pocket and pulled out an all black pistol and placed it in the palm of his hand. It read “Glock 19 Austria 9×19” on the top part of the gun. “Hold it,” he said.

I slowly flicked the gun around in my hands. I didn’t know how he convinced himself this was a lazer. It felt dangerous, even transgressive to hold. I imagined myself in a ski mask, riding away in a getaway car while holding a bag of money and shooting at the cops. I smiled.

I nodded toward the night sky outside my bedroom window. “You’re really from out there?” I asked.

I stayed there laying in bed. I remember my dream from that night. In it I’m watching TV. They’re showing a man selling pans. The camera turns to the cohost, she’s admiring the pans with a wide smile before looking back at the camera. I turn the channel. I’m watching a car chase. A man in a corvette is being chased by three cop cars. He runs a red and takes a sharp turn before crashing into another car. Fire everywhere. Amidst the crumpled metal and climbing flames, the man crawls out. His face is frosted with blood. The cops have him surrounded. He raises both hands and extends his index and middle fingers in the motion of mock pistols. He starts firing them at the police. The cops open fire but he keeps bobbing his hands up and down, gritting his teeth while letting his imaginary lead loose. At last they get him. His head falls back, landing on the pavement in defeat. I change the channel. There’s a woman falling asleep in bed. A warm smile colors her face while she pulls blankets over herself before green and purple butterflies sprinkle above the bed, flying out into the night as she closes her eyes.

I didn’t see him after that but I got better at House of the Dead. It took time but I slowly ascended to the top 50 world leaderboard. While playing I would imagine receiving a call from some unknown number and picking up and hearing his voice. But I began to think of him less and less. Staring outside my window became boring for me. I used those early hours of the day to train and study every level. My new routine needed new fuel. I began to eat smoothies, burgers, chicken, pasta, and anything else throughout the day. Abundance was mine.

The night I got to the top 10 is clear in my memory. It’s 11pm and I’m laying in bed, staring at the window after just seeing my username shift into ninth place. I’m full of joy. I could let myself drift off or I could stay awake! I sit for a while before my butt feels some hard object beneath my sheets. I reach under, it’s the lazer. I bring it to my nose, lick it, then play with it in my hands. Maybe I will rob a bank, I think to myself before laughing. I stare back at the window. Far away among the bubble of stars I spy four blinking lights, purple and green, moving slow but tightly together. I walk over to the window, raise my arm, and trace the lights with the barrel of the gun. I close my right eye and keep the sights trained on the blinking purple and green. I don’t miss.