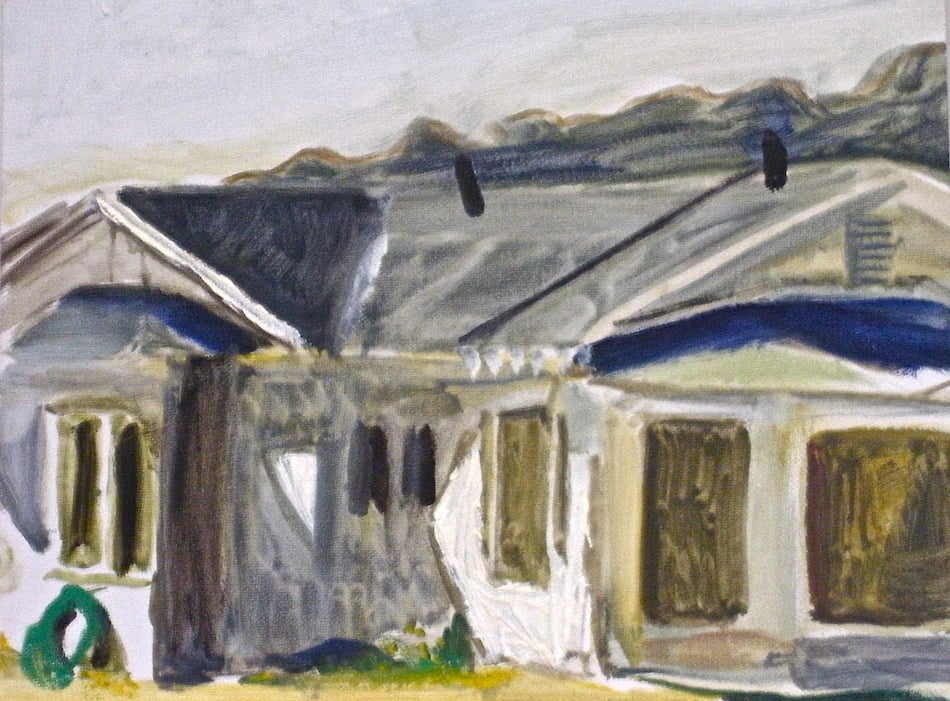 Christmas Eve
Dear Mutti,
Remember how I would call you, even when you weren’t my mother-in-law anymore and we would sing Es ist ein Ros’ Entsprungen on the telephone, me with my cruddy German, you with your cigarette voice that had a Bacall base with top notes of Dietrich? Then we would laugh and talk about that time when you made us all sing Stille Nacht at midnight and I didn’t know the words so I made them up. Your son and I don’t speak to each other much, but I still sing the German carols you taught me, mostly on Christmas, but sometimes in August too, when the roses are in bloom.
Tschüß,
Alicelein

The Ides of March
Hi Tommy,
Hard to believe it’s been fifteen years since your boyfriend wrote me with the news. I took out our prom picture the other day and laughed at how ridiculous we were, mostly me, really, because I was in a phase and tried too hard to channel Scarlett O’Hara, which was childish and a bit silly, especially since you were going through a different phase and had that I-want-to-be-Woody-Allen-or maybe-Che-Guevara-when-I-grow-up look about you. This morning, while I was dusting in the library, I thought about how much you loved Shakespeare and wondered what you would say if you were here now and knew I was the one who became a writer since I never did like AP English very much.
Miss you,
Al

Cinco de Mayo
Hola Francisco,
Well, that, I’m afraid, exhausts my español. Odd to think we used to be in the same class with Professor Ortiz, but I suppose forty years wreak havoc on fluency, don’t they? I phoned your brother on your birthday and he told me he spent it wearing that herringbone jacket of yours, which made me laugh for a minute because if it was in rags when we were twenty, I can’t imagine the shape it’s in now. When we hung up, I had a good cry. Tonight I’ll take a drive around the campus like we used to and maybe I’ll even roll down the window and heckle a few undergrads in my nonexistent Spanish.
Thinking of you,
Alice (La Pelliroja)

Labor Day
Darling Lily,
You’d be five this year, and that’s strange because it seems like you should be going on ten. Daddy and I moved back to the States and found a house that’s too big for just two people. It has built-in child gates to block off the stairs, but we only use them to keep the dog from running all over the place. Oh–there’s a school one block from our house that I know would be perfect for you. Sometimes when I look up from my desk, I watch the kids and their parents rush along, trying not to be late. They wave to me when they pass, but mostly they’re in too much of a hurry to stop and talk.
Love,
Mommy

You can find Christina Dalcher in the Land of Styron, Crabs, and Barbecue, where she writes, teaches, and occasionally channels Shirley Jackson. If it’s her work you prefer, you’ll find recent stories in Zetetic, Youth Imagination Magazine, and Defenestration. Like a certain witness for the prosecution, Christina writes her letters on small blue paper with her initials on it.