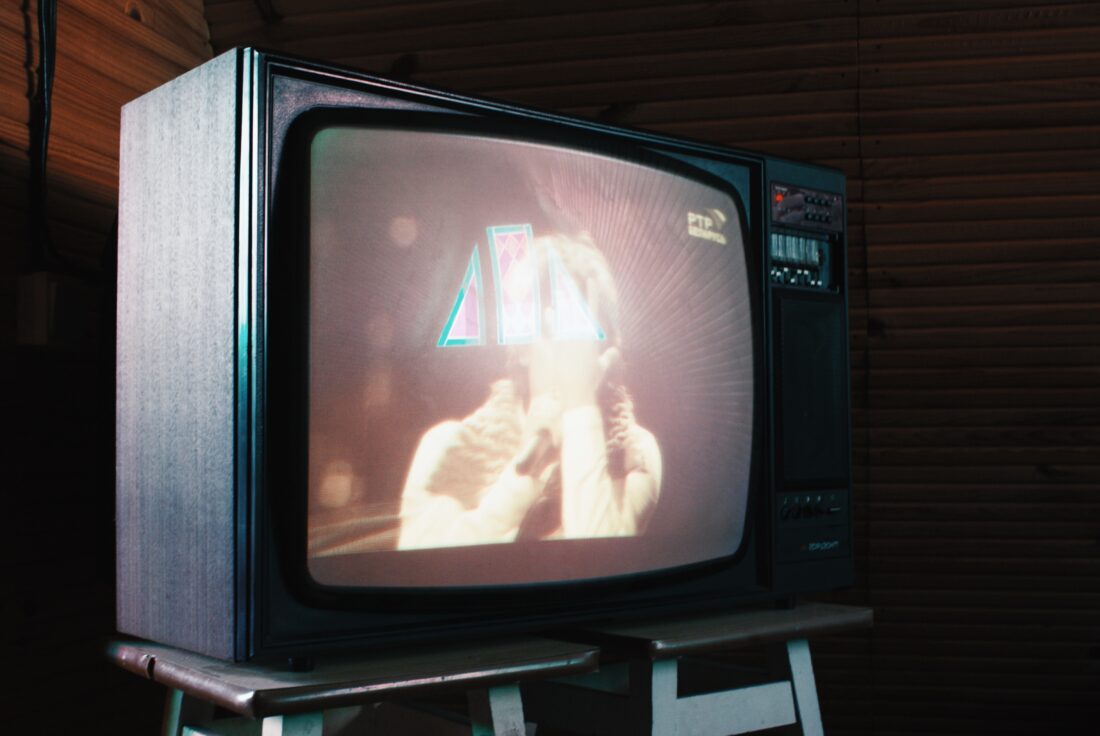 With the money he’d made from his 23-house Newsday delivery route, Carl had purchased a TV, a VCR, a $400 Centurion Accordo Tour de France Limited Edition twelve-speed road racing bike with tires so thin he got a flat every time he rode it—a purchase encouraged by his friend Eric, whose parents had bought him a Peugeot PZ10—and now, his latest big spend, a Compact Disc player, becoming one of the first in the eighth grade, along with Eric, who’d encouraged this purchase as well, to own this cutting edge audio technology that would put an end to the sorry era of cassette tapes. Carl’s stepfather, Rick “The Dick”, a corporate sales executive, took him to The Wiz and showed his wares, haggling with the salesman to knock $20 off the $240 tag price. Carl also purchased three CDs that day—Phil Collins’ No Jacket Required, Bon Jovi’s Slippery When Wet, and Run DMC’s Raising Hell. Eric, a rock & roll purist inspired by his older brother’s massive record collection, would sharply criticize these choices, particularly the Run DMC, and, from then on, every so often he would say “Sussudio” and laugh derisively, even though he liked Phil in Genesis.

A few days later, Carl’s mother informed him that, a week from this coming Saturday, they would be hosting a “family reunion” with her side of the family—her aunts and cousins and second cousins, relatives they rarely saw, most of the men active or retired Nassau County cops, all the women housewives. Her father, Carl’s grandfather, who died of cancer when Carl was six, had also been a Nassau cop.

Carl remembered the last “family reunion” five years ago, when he was eight—

“How could you invite these assholes?” he asked, aware of crossing a line, but feeling justified.

“Watch it, mister,” she said, lighting a Kent and exhaling towards the ceiling. “They’re family and you’d better be nice and behave.”

“You’ll be here, and you’ll be nice. I expect you to say hello to everyone, and not be rude.”

The last “reunion” was held at Eisenhower Park, Nassau County’s premier inland public recreational facility, with tennis courts, golf courses, hockey rinks, softball diamonds, volleyball nets, picnic tables, iron barbecues cemented into the dust, and Safety Town, where kindergarteners learned to drive. When they arrived at the park on that beautiful summer’s morning, they were the first and only kids there, but there was a boy and a girl from another party playing with a beach ball over at the volleyball net about twenty yards away, so Carl and his sister went over. For about a minute, the kids played and laughed together in perfect harmony, until their mother’s cousin, Joe—sporting petal-pusher cop mustache, mirrored sunglasses, “Kiss the Cook” apron, freshly lit Pall Mall dangling from lips, and brandishing a spatula high above his head—storm-walked across the dust yelling at the two other kids to go away, using the “N-word”, and a few others. The kids sprinted back towards their own party, where their adults were standing and watching, their expressions saying “not again”—

Cousin Joe, hands on knees, breathing heavily with cigarette still dangling from lips, looked at Carl and his sister disapprovingly, but said nothing. The last thing Carl remembered from that day was seeing his mother watching from one of the picnic tables, knowing she had seen and heard the whole thing, but she said nothing about it later, or ever. Carl, still believing at the time in his mother’s goodness, eventually concluded that she thought it unnecessary to say anything about something so obviously egregious, like the unnecessariness of calling a murderer a “bad man”. He also concluded that this was probably why they never saw these people to begin with, but, at least, after that last horror show of a “reunion”, there would never be another. Then, after his parents divorced, and they moved to Massapequa, and his mother married Rick, he’d all but forgotten about that day, and these people, until now—

“Well, they’re my family, and most of them haven’t even met Rick yet.”

There was no stopping this—not that there was ever stopping one of his mother’s parties, which had become more frequent since moving to Massapequa, her and Rick getting more loaded each time with their new friends from the Beach Club, the last one ending with shitfaced Rick running around in a cowgirl outfit. Yet, even that was nowhere near egregious as this—

“I know what you should do,” Eric said. “You should put your speakers up to the window and blast your Run DMC.”

“Shut up,” Carl said, thinking Eric was still making fun of him for buying the CD.

“Seriously, you should,” Eric said. “And you should also buy one of those fat gold chains. And a pair of Adidas so you can stomp over coliseum floors.”

“No, seriously. Think about it. It’ll be classic. You’ll be complying by going to the party, but you’ll make them uncomfortable. The Dick will hear their racist comments firsthand when they see you, and your point will be proven. Wait, I have another idea—forget about the speakers, just make a tape of the CD and put it in your boom box, and then put it on your shoulder and blast it right when you get out there. You’ll be like Rappin’ Rodney—”

Carl knew that Eric was trying to get him to make an ass of himself, but he was right, it would be classic. His mother would be pissed, but she totally deserved it. And his mother being pissed would piss Rick off, but he also deserved it. And then his sister would make fun of him endlessly, but who gives a shit. It would all be worth it.

On Friday afternoon, Carl’s mother drove he and Eric in her “Polar White” Mercedes to the Sunrise Mall and pulled to a stop in the fire lane in front of the same entrance they used when going to Carl’s orthodontist’s office, and Carl, in the front passenger seat, got out of the car, while his mother became distracted by the popping of the car’s cigarette lighter, which she then used to light her Kent. When she heard Carl’s door close, she did not notice that the back door was still open, and that Eric, who moved slowly, was still getting out, and that his left foot was in the path of the rear tire, and, smoking, she pulled away and ran over his toes—

The Mercedes chirped to a halt.

“You ran over Eric’s foot!”

“Oh, I thought I felt a bump,” she said, taking a drag of her cigarette and exhaling. “Is your friend alright?”

“He’s fine,” Carl said, then slammed the back door as hard as he could, then kicked the tire and spit on the bumper, and said, “Piece of shit.”

Their first stop was Spencer Gifts, a favorite for novelties, souvenirs, party tricks, posters, lava lamps, Halloween costumes, and fat plastic gold chains for $2.99 each, of which he bought two. At Herman’s Sporting Goods, he purchased a size-13 pair of Adidas Superstars, a bucket-style fishing hat, and, from the clearance rack, a $5 t-shirt with a cartoon depiction of New York Knicks center Patrick Ewing making a slam dunk. Finally, they stopped at the Genovese drug store to pick up a 12-pack of “D” batteries for the boom box.

On Saturday, Carl, having second thoughts, held out in his room as long as he could, listening for racist comments by the thirty or so people outside on the back deck below his second-floor window, but hearing none. He had on the Patrick Ewing shirt and the Adidas—no laces, tongues high—but not the hat or chains.

Finally, there was a knock on the door. It was The Dick. He didn’t wait for Carl to answer, saying through the door, “Why don’t you come down and say hello.”

“I’ll be down in a minute,” Carl said, the intrusion enough to give him back the nerve to go through with it.

Fully clad in his new streetwear, giant boom box in tow—another past purchase with paper route money—Carl went downstairs, but ducked out the front door in order to avoid going through the kitchen, where several guests were mingling. The maneuver also enabled him to sweep around through the large side yard and climb the steps to the back deck without anyone seeing his approach.

At the top step he pressed “PLAY”, but the song didn’t start right away—he’d queued the tape as close as he could to the beginning of “It’s Tricky”, but the tape deck on the boom box never stopped the cassette exactly where he wanted it to. Finally the song started, opening with a soft rhythmic high-hat, then the rapping, and finally the crunching “My Sharona” guitar sample and pounding beat, which prompted some woman to yelp. Now everyone was looking at him, and when he finally had the courage to look back, he did not see the anger he’d been expecting, but confusion, and he himself became confused, not recognizing a single one of their faces, Cousin Joe nowhere in sight, and no one sporting a copstache or mirrored sunglasses. In the memory of that day created by his eight-year-old self, their faces in the background were all blurry versions of Cousin Joe, even the women and children, while the people before him now bore no such resemblance.

Out of the corner of his eye, Carl noticed Rick approaching, can of Pabst in hand, Kent dangling from lips, looking angry. He stopped the tape, and, in the sudden silence, heard his sister laughing—

Then his grandmother, who had a really loud voice for such a petite woman, said to the little group she was sitting with, “There he is, still dressing up like Chuck Barris. Did you know when he was little he used to host his own version of The Gong Show up in the attic? His mother made him a sliding curtain with a laundry line and everything, and he told jokes with a paper bag over his head.” Then, turning to Carl, “Come on, silly, come say hello.”

“Hi, everyone,” he said sheepishly, then put down the boom box and took off the hat and chains, prompting Rick to halt—

He’d so badly wanted to show them how much he hated them, and how much better he was than they, but, in the end, he went around shaking their hands and hugging them, feeling ill at seeing their confused expressions turn to approving smiles.