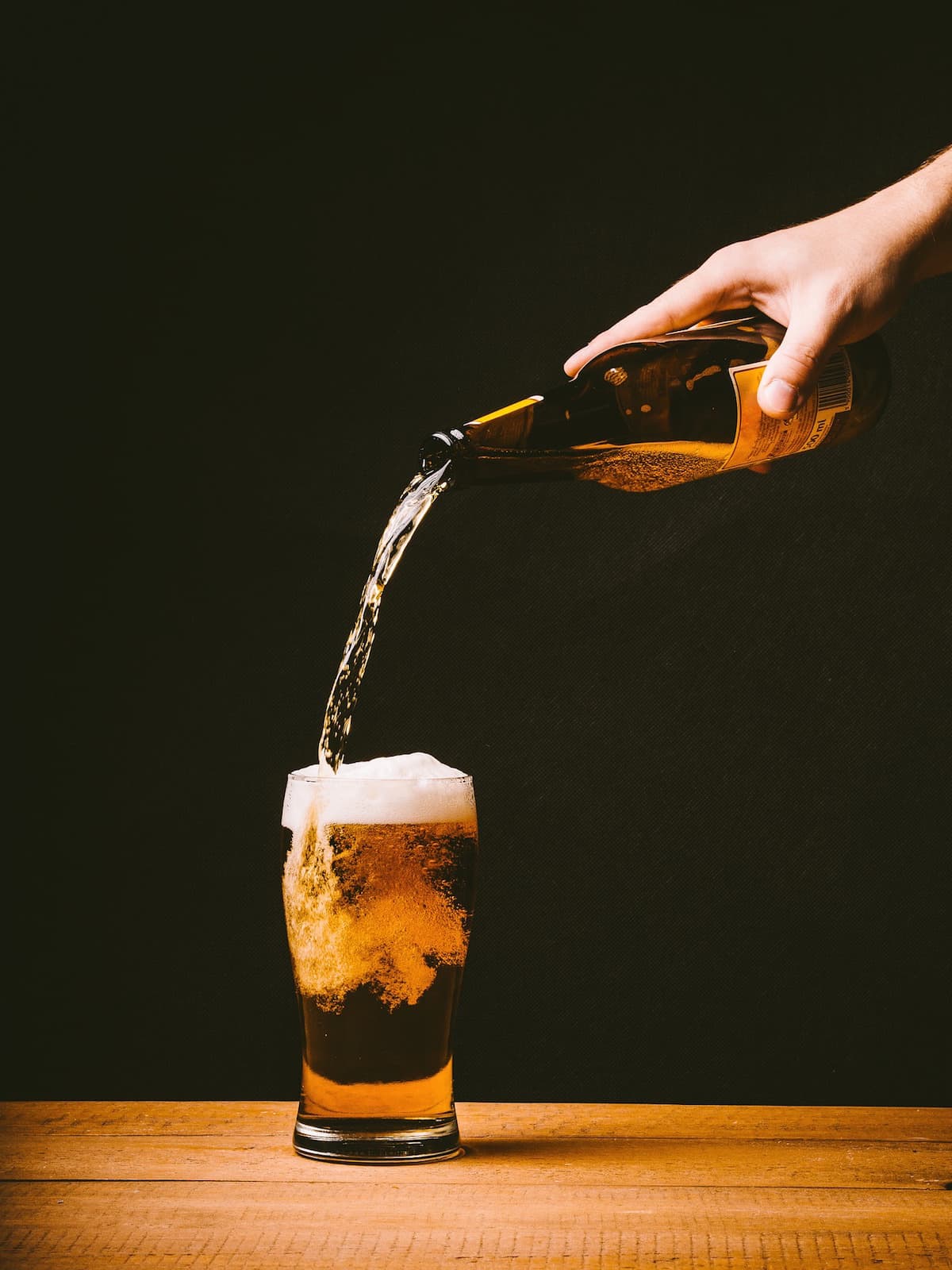 You’re lonely and depressed; your grandfather died only a few weeks ago and now you have the house to yourself. It’s so silent that it bothers you, makes it difficult to get things done. You stop going to your shitty job, which you never really liked anyways, the inheritance big enough for you to fuck around for a while. The time you spend inside the house is marked by the same surreal reflections over and over again. He was just standing there the other day, eating hard candies and struggling to put on his socks. In the bedroom are most of his belongings, including his dirty clothes and bin full of white hankies. You wonder at what age it’s appropriate to begin carrying hankies on your person. Your mother is of little help, unable to keep her composure inside the home, so you allow her the distractions she needs. You meet for coffee, sushi, Mexican food. Once you even went to a Lebanese restaurant that served shawarma and bhaba ghanouj and Heineken beers. You talk about whatever it is she wants to talk about, mainly about your plans for the future, which is the only thing you really don’t want to talk about. You don’t have any answers for her; your thoughts about the here and now are jumbled and unfocused, penetrated by the past. What is it that she expects from you? You placate her in a way that’s ultimately unfulfilling but allows her no avenues of reproach, the green bottles of Heineken acting as a stand in for whatever assurance you refuse to give her.

Back at the house, you wonder about the manner in which people spend their lives. What exactly is it that you’re supposed to be doing here? You realize that you need something to keep you occupied. You try physical fitness, but the racket created by your pushups and squats, all that heavy breathing, seems disruptive in the silent house, even profane. After a while the obvious dawns on you, so you drive to Best Buy in your grandfather’s tiny Ford Escort and purchase a 42” television. It comes with Netflix. The TV looks strange and out of place surrounded by your late grandmother’s clashing knick-knack’s: roosters, Chinese symbols, vintage cola bottles, a framed poster of Raphaelite angels. You drag the old tube TV down to the basement, unwilling to throw it away, the weight almost crushing you as you make your way down the narrow flight of stairs. That night you watch the entire first season of Cheers in one sitting, noting your grandfather’s passing resemblance to Coach, and start to feel a little better about things as you fall asleep.

The next morning you wake up with the television still on, the autoplay feature having burned through season two. In the kitchen is a massive racket: running water, clinking glasses, Gary Portnoy’s slightly distorted voice coming across your grandmother’s vintage radio. For a moment you think you’re still dreaming, half expecting to find your grandmother huddled over the little stove and your grandfather seated at the table, his face hidden behind the classified pages. But when you enter the kitchen, your bare feet stinging against the cold tile, you realize it’s only Ted Danson, towel over his shoulder, apron around his waist, mixing what appears to be two vodka tonics. He’s wearing a green oxford shirt buttoned to his neck and a thin red tie. He’s young and healthy looking, bouncing around as he makes the drinks, his exuberance peaking as he notices you.

You know it’s much too early to begin drinking, but you do it anyways, tossing back tonics, spritzers and boilermakers in tandem with Ted Danson. It feels good to let loose, and it turns out all those years tending bar in Boston has made Ted a great listener. His responses are measured and helpful, and although he gives you no real advice beyond the obvious, it still feels good to be on the receiving end of so many positive affirmations.

“Look, buddy, you gotta hear me out here. Things are gonna work themselves out, alright? Alright!” he says.

You keep at it like this for a week, until your compounding hangovers finally result in the realization that eventually you will have to stop drinking. Ted’s made himself comfortable in the house, taking up residency in your grandfather’s old room. While you’re stricken with the DTs, curled up into the corner of the couch and actively ignoring your mother’s calls, Ted makes his way to the garage. The whine of the table saw begins filling the air in time to the pulsations of your not insignificant headache, so much so that you begin to worry about the motor burning out. When you go to investigate, you find Ted surrounded by a ring of sawdust, your grandmother’s kitchen stools drug out to the garage and arranged around some haphazard structure that only after a few moments of staring do you finally recognize as a make shift bar. You think about chastising him, asking him what the fuck it is he thinks he’s doing, but he’s so happy to see you, his positivity so infectious that you can’t bring yourself to actually do it. You tell him you’re going to meet your mother for lunch. You need to get out of the house, get something in your stomach. He’s supportive, but asks to borrow your credit card before you leave. He tells you it’s for supplies. You leave him your visa.

By the time you’re back at the house, your hangover only barely affected by the chocolate malt you drank over lunch, Ted has transformed the garage into a remarkably accurate replica of the Cheers set, including the payphone and the wooden Indian that stands guard at the door. Ted’s behind the bar methodically polishing glasses that he stores in the rack over his head. You begin to wonder if Kirstie Alley is slated to make an appearance, imagining that you might prefer her to Ted. You sit down on what used to be your grandmother’s stools and, despite your earlier resolution to avoid alcohol, find yourself requesting a beer when Ted finally asks “What’ll it be, sport?” As you baby sip the piss colored beverage out of a glass pint, you begin to observe the bar in its entirety, the initial shock of its existence giving way to ruminations on the rapidity in which it appeared. What happened to your grandfather’s tools? His punching bag? The old saddle his father had gifted him when he was a child? Just as you begin to experience the bar as a disruption, as a fragile displacement, an ephemeral decoration destined to give way to some other form, some other sitcom set (perhaps the mansion from Benson or the drab olive interiors of  M*A*S*H), Ted asks “Well, what do you think? We both know it was time for a change.”

But it’s precisely this recognition of change – this palpable impermanence – you’re currently mulling over. You offer Ted a non-committal shrug, letting out one of those pained sighs that people do after they take a swig of beer even though it’s obvious they aren’t really in pain. You go back inside the house and leave Ted to his polishing, standing in the middle of the now stool-less kitchen and begin to question the particulars of your current predicament. It occurs to you that Cheers premiered in 1982 and concluded in 1993. You were only seven years old in 1993. Why the fuck is Ted Danson in your house? Why not Spider Man or George Costanza, or someone you might actually have some fun with (C.J. Parker)? You wonder how it is that Ted Danson has crept into your unconscious, speculating that perhaps your proximity to the television in childhood is at fault. You wonder how many years Cheers ran in syndication, if it’s still on TV somewhere, if perhaps you developed some obsession without realizing it. You begin to methodically search what early memories are available to you, looking for some crucial intersection of desire and entertainment, some errant and meaningful erection from a time in which literally everything gave you an erection. You wonder if your grandparents watched Cheers, if they did so regularly, if it was on before or after dinner, if they felt aimless and unsure of what to do with themselves after the series finale. Unable to find the answers to any of these questions inside yourself, you decide to reach out to the authorities. On the phone, Netflix’s automated operator is as cold and mechanical as one would expect, and only after a series of circular transfers and dead ends does the clipped voice finally ask you what the problem is.

“Ted Danson won’t get the fuck out of my house.”

As you wait for a response, you hear Ted come in from the garage through the back door, and before long he’s standing there in front of you, bar towel draped over his left shoulder and his hands on his hips, the expression on his face innocent and stupid, as if he’s completely unaware of the distress he’s causing you.  The robotic voice comes back on the line and politely instructs you to consult the Terms of Use document, section 9c, which is accessible from the settings tab of your Netflix account. The voice disconnects the call without saying goodbye or inquiring about any other assistance you may need, leaving you standing there with the phone pushed up against your ear and Ted continuing to leer at you.

You decide not to bother with the Terms of Use, sure that whatever information it holds would fail to alleviate this Ted Danson problem you’re experiencing. Instead, you inspect him carefully, taking note of his thick, lustrous hair and long face. Today he’s dressed casually, a green rugby polo with white stripes tucked into his grey washed jeans and a pair of white Nike high tops. In your mind, you decide that his aesthetic is decidedly eighties but quickly remind yourself of the series run dates, realizing that you’re not capable of making a meaningful distinction between late eighties and early nineties fashion. There’s something about his outfit that reminds you of yourself, and for a brief moment you consider going down into the basement and finding whatever black garbage bag still holds your childhood clothes. But almost as soon as the thought occurs you abandon it, your stomach rolling as if you’ve just descended a hill, the fear of viewing anything that confirms your own capacity for change suddenly overwhelming in its affect. For a brief moment, you imagine Ted as the same age as your grandfather, try to map the approximate manner in which his skin will inevitably ripple and run from muscle and bone. You realize that even someone as pervasive as Ted is still limited, even if that limitation is tied to your own finitude, the surety of your own impermanence. You feel simultaneously perturbed and relieved in light of this realization, the energy released by the clashing of such contraries manifesting itself as a weary desire to enter the living room and rest on the couch. Taking a seat, you stare absently at the new TV in front of you, ignoring Ted’s looming presence as you consider watching an episode of Becker.