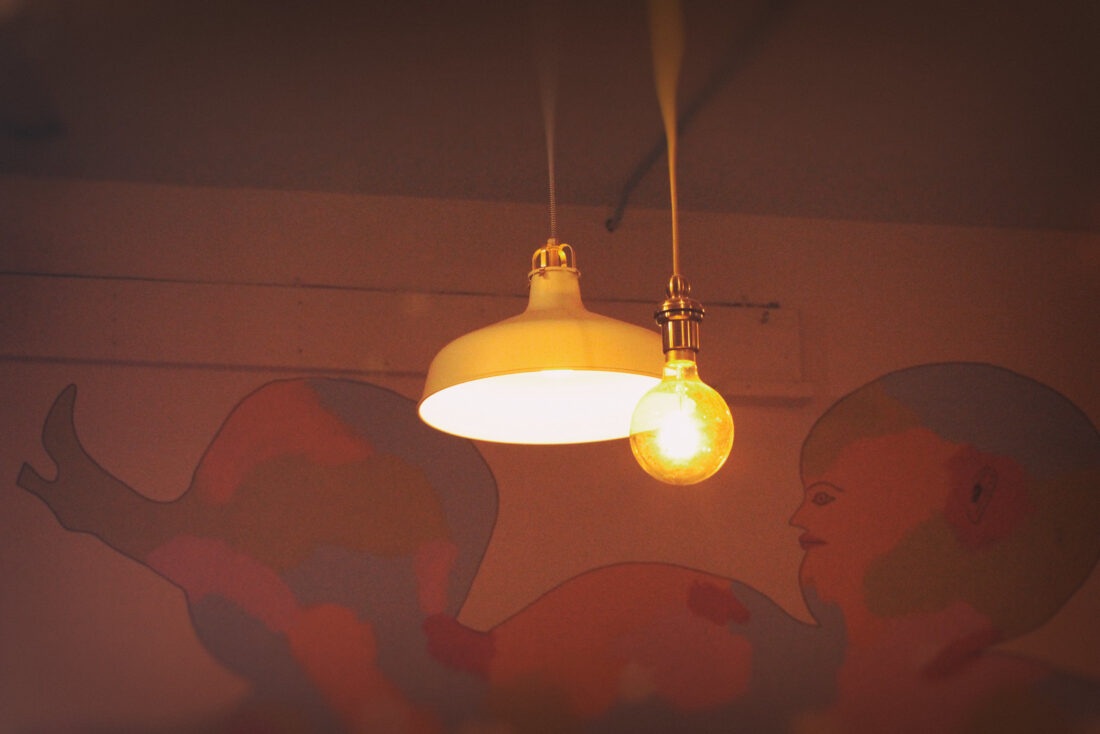 I told Lamar to call me when we hit quota. I wanted to hear the excitement in his voice, that of which I have not heard in over a decade—when all we did was try to enjoy what the rural town we lived in had to offer.

Our manager had informed us that we would receive bonuses if we hit our sales quota this month. It was the last day of May and we had achieved our goal four hours into morning shift. But my phone remained silent.

The dispensary, a small building erected between the coffee shop and pharmacy, made up for its rustic exterior with its sleek furnishing. Bright panels finished the walls and ceiling, complementing Brazilian Walnut hardwood floors. Glass displays of various flowers by strain and method of consumption wrapped around the room, with smaller vitrines forming rows in the middle of the store. In the far back awaited Gerald, who stood behind a register, counting cash. Above his head draped a banner embroidered with an image of a cannabis plant.

I announced my arrival, “Yo!”

“Yo!” Warren, my burly middle-aged friend, mocked while straightening displays that had been soiled by consumers that morning, “About time, brother!”

Warren and I shook hands before I approached Gerald. “I can’t believe we hit quota!”

“Don’t act so surprised,” Gerald, moving dreadlocks out of his face to continue counting money, replied. He finally met eyes with me, and in a snide tone, said, “The White folk of this town will abandon all prejudices to get their hands on some weed.”

I kept quiet about the matter, as this was a truth far from new to me. “Still, we cut it close this month. Where’s Lamar?”

Gerald raised his brow. “He did not come in today. Warren is covering for him.”

Sometimes Lamar would take refuge near a lake across town, avoiding work. If I hadn’t heard from him, he was either there—or more disheartening—in trouble with the law, again.

Before I could say, “I’ll find him,” Gerald nodded and playfully shooed me away.

Many townsfolk swore that the lake stretched larger than the town itself. Often times, as the most mesmerizing attribute of the town, it seemed that way, as the lake emitted a magical presence. They treated the lake as if it contained the heart and soul of the townspeople.

During early working hours, the lake was barren of human interaction. Lamar sat alone; the sunlight reflected off his dark-brown skin and formed a shadow that reached meters behind him. As I crept closer, his soulless chestnut-brown eyes contrasted a glimmering blue.

“You knew where to find me.”

“You can sit,” he welcomed, patting the dry grass alongside him.

I quickly joined him and allowed the view of the lake to engulf me as well.

“Let me ask you something,” he continued.

“By skipping work, do I come off as ungrateful?”

I didn’t know the right answer to his question, but I had to say something. “Of course not. We all understand; we’re in this together.”

Lamar sighed, leaning back. “I am grateful, you know, that we’re given a second chance. Without the new state work program, we’d still be rotting away.”

“We were in for ten years, brother, over selling a little. Now, by selling tons, we have a chance to exonerate our charges … It just seems—”

Lamar chuckled. “I was going to say unfair. The freedom is great, but it’s hard to forgive this town.” His eyes began to furrow, indicating one of his tirades. “I barely survived. I grew insane. Did things I never knew I could do in there. And what about Jamal, Tyler, Moe, everybody else who’s still in—simply because they hadn’t been selected for this experiment? It’s bullshit, man!”

“Let’s keep it down, okay.” I whispered sharply, inviting silence. It consumed us for a couple minutes. Lamar also knew the implications of causing a public uproar. Thus, when he spoke again, sorrow supplanted his rage.

“They don’t care about us, man. It’s the social media backlash. Now everyone smokes, so the government feels compelled to give us second chances.”

I agreed, even though I still couldn’t figure out how to properly use social media. Nevertheless, the nature of the work program troubled me, but I tried to remain optimistic, at least until I was no longer considered a criminal by law. “But, now, all we can do is make the best of it.”

As Lamar made peace with that idea, his stomach churned, breaking the intensity. “I’ve been here since morning. Mind giving me a ride home?”

I nodded. “It’s our car. What a ridiculous question.”

Lamar, Gerald, Warren, and I shared an apartment at the edge of town. I pulled up to the entrance and probed Lamar once again to see if he was okay.

He avoided the question, looking straight ahead. “Aren’t going to park?”

Lamar got out of the car. I could see in his movements that he was glad to be home, and maybe all he needed was a day off to ease his qualms, especially since we worked six days a week. “Ah, that’s right…” He reached out for a handshake, and naturally, our palms locked. “Be safe then.”

After taking a few steps toward our apartment, Lamar spun. He shouted, “Oh yeah!”

“I forgot to tell you that we hit monthly quota! Gerald texted me this morning. We can finally buy that boat and sail it out to the middle of the lake together!”

I smiled, and eagerly drove back to work.