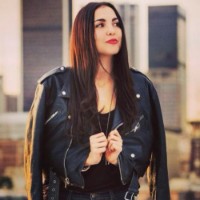 She writes about broken men, and the tiny moments that shift a life. She was chosen as one of eight writers in the United States to receive the PEN Emerging Voices Fellowship in 2008. Libby was selected as a semi-finalist in the American Short Fiction Short(er), a finalist in Glimmer Train’s Very Short Story Contest and a finalist Gigantic Sequins 4th Annual Flash Fiction Contest.  She is the Director of Literary Programs at PEN Center USA’ and teaches creative writing workshops at San Diego Writer’s Ink and PEN Center USA. She lives in Los Angeles, but will always be a Texan.

He writes about anything: ways of looking, speeding on the freeway, Marrakech, a father’s moment with his son, the wind and the stars, Asia, class intersections, or myths on the edge of our fingers, touch, intimacies, predilections. Language is its own freedom.  For almost a year, he took a leave from his day job in Los Angeles, to live in New York City, when he was admitted to The Writers’ Institute at The Graduate Center (CUNY); a writing program, directed by novelist Andre Aciman. The workshops are all taught by top editors around Manhattan. When not writing, he likes to watch films, particularly those that explore migrations and borderline and screen-print designs on t-shirts bought from Chinatown.

Born in Houston, Texas, the Indian American poet earned her MFA from The Ohio State University. She is the author of GILT, which was recently ranked #5 on TRACK//FOUR’s list of the Ten Most Anticipated Poetry Collections by People of Color in 2017. Her honors include a 2016 Pushcart Prize, the 2016 Cosmonauts Avenue Poetry Prize, the 2014 Gulf Coast Poetry Prize, & a “Discovery” / Boston Review Poetry Prize in 2013. She has also been recognized as a finalist for the 2016 Tupelo Quarterly Poetry Prize & a 2014 Ruth Lilly Fellowship. She is currently on residency, where she spends her days reading, writing, walking her dog, listening to records, coloring, & serving as a poetry reader for Muzzle Magazine.

selected works: “Black Magic”, “Tristesse”, “Looking Through a Telescope at the Moon on the Day Neil Armstrong Died”