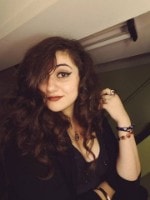 She is a Lebanese-American writer, illustrator, and coffee slinger living between Boston and New York City. Founder and editor at Pizza Pi Press and Maps for Teeth, where work exploring identity is curated by an editorial team committed to resistance and pizza. Her work has appeared in Word Riot, Inferior Planets, Button Poetry, Electric Cereal, & most importantly, on her mother’s fridge. Her writing springs from the tension of existence within diaspora and within the body. She’s a Pushcart Prize nominated writer and spoken word poet, having read her work at venues and universities along the east coast and at Woman of The World Poetry Slam 2016. Her collection ‘the magic my body becomes‘ is forthcoming on University of Arkansas Press, 2017. She makes zines and wants to read yours, thinks third person is weird, and wants to talk about The Flash and cry over Ms. Marvel. 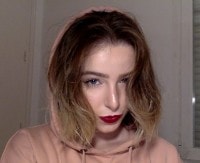 She lives in Madrid with two broken cameras, and writes poetry. She is currently studying journalism and audiovisuals. She is a co-founder and writer of Violette Collective, a platform that shares art made by talented women. Her poetry has appeared in Vagabond City Lit, Metatron, digopalabratxt, and others. She does interviews on Violette Collective, and you can see more cool stuff (selfies) on her tumblr. She sometimes tweets too. 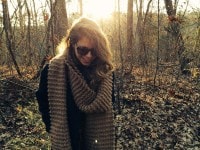 Someone once described her work as “Grimm’s My So-Called Life” and she is pretty much going with that. She is an associate editor at Literary Hub. She earned her MFA from the University of Virgina, where she was a Henry Hoynes Fellow, the recipient of a Henfield Prize, and the instructor of an undergraduate course called “Girl Warriors.” Her short fiction has recently appeared or is forthcoming in Electric Literature’s Recommended Reading, Indiana Review, Fairy Tale Review, Sonora Review, Bodega, Territory, and elsewhere. She has also been interviewed by UVA Today and Fairy Tale Review.