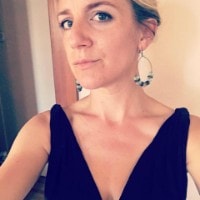 Her true love is longform writing: novels, sprawling things that she can lose herself in. But she writes short stories when that creative desperation kicks in. Born in rural Northern England, she now lives in San Diego where she works as a production director for So Say We All, a literary non-profit and small press where they teach, publish books and journals, run storytelling showcases and radio shows. Evans curates and hosts their literary reading series, The Foundry. Her work has been featured in The Collapsar, Corium Magazine, Noble / Gas Qtrly, Hobart, and Monkeybicycle (Nominated for a Pushcart Prize and for the 2015 Best of the Net Anthology). Her first novel, Other Burning Places, comes out in early 2018. 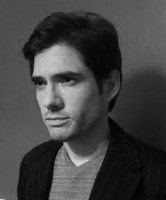 An Anglophile, Beatles superfan, guitarist, and coffee lover living in Cleveland where he teaches English at an independent high school. A holder of a B.A and a M.A.T., Somers’ work has appeared in Decomp Magazine, Litro Magazine, The Atticus Review, Flash Fiction Magazine, and Fewer than 500. He values emotional honesty and clarity in writing over pretty sentences, clever metaphors, and weirdness for weirdness’s sake. He has completed a novel called Parnell’s Prime. He currently lives in a 100-year-old house in Cleveland with his wife, two children, and an elderly but spry Welsh corgi named Rufus.

A queer Boricua with a dark agenda and a gender that is an open portal, a broken mirror, a burnt ouija board. A fallen Saint of failure tasked to reject acceptance in the same way one rejects rejection. Joey edits poetry for Apogee Journal and assisted in the editing of Facadomy. Most recent publications include Southern Humanities Review, Blunderbuss Magazine, The Literary Review, and Drunken Boat, among others. Also has been nominated for a 2016 Pushcart Prize, and has been featured in many readings, some of which you can listen to here and here.