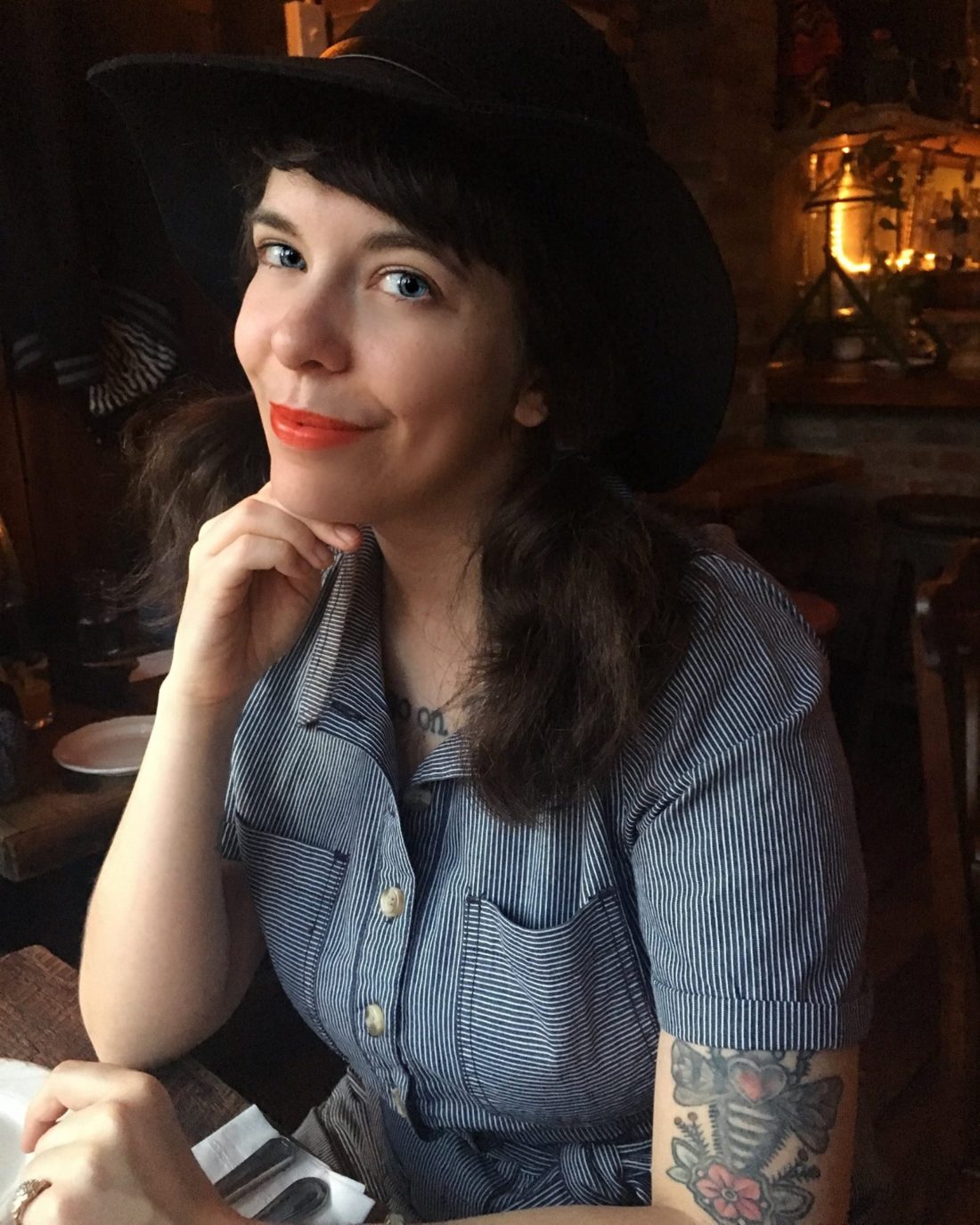 Rax King is a gay, disabled former latchkey kid and anxious person. She has a problem with paring down her adjective use, as her editors and writing group would have told her if they’d only taken a crack at this “writer of the week” column before she sent it out. Most of her writing sits in the uncomfortable spot between humor and depression, where you’re laughing but you also hate yourself. In fact, Rax pretty much lives her entire life in that spot, so she can’t write any other way.
What else. There’s more. Rax writes in her spare time and works for Sundress Publications in her even sparer time, so maybe there isn’t much more. She likes cooking but doesn’t have enough Tupperware to meal prep properly. She is currently accepting Tupperware donations. Please clean them first. She has a hedgehog, Dwayne “The Hog” Johnson, who likes blueberries and behaving like an asshole. He’s her special little soldier. Rax loves her friends more than anything in the world, but everyone says that. Rax intends to someday prove that she really does love her friends more than you do, maybe by stalking into the night and senselessly taking human life for her friends. Just kidding. Rax is so, so tired right now and her knees are bad.
Right now, Rax is reading “Trust Exercise” by Susan Choi and enjoying it very much. She just finished Joan Didion’s “Play It as It Lays” in about three subway commutes. She’s looking forward to Carmen Maria Machado’s next book, duh. She cleanses her palate between novels with her friends’ poetry. She loves Lisa Carver’s writing so much and got to perform with her recently, and hasn’t stopped telling everyone about it no matter how hard they try to change the subject. She isn’t sure how many books to list here in order to hit that sweet spot of “sounds smart and well-read” without crossing into undesirable “nerds deserve swirlies” territory. Please feel free to tell her she failed via anonymous Twitter hate-mail, her favorite form of communication.
She authored the collection The People’s Elbow: Thirty Recitatives on Rape and Wrestling (Ursus Americanus, 2018), and has historically been a poet, but is focusing on both fiction and creative nonfiction these days. Don’t tell poetry, she gets so possessive.
Also, if anybody knows Guy Fieri, Rax King would like to be introduced to Guy Fieri, but do it in a cool way where she doesn’t seem needy.
Twitter/FB/IG/Venmo (just sayin): raxkingisdead
website: raxkingisdead.com
Tweet
Share
Share
Reddit
Email
WhatsApp
Pin