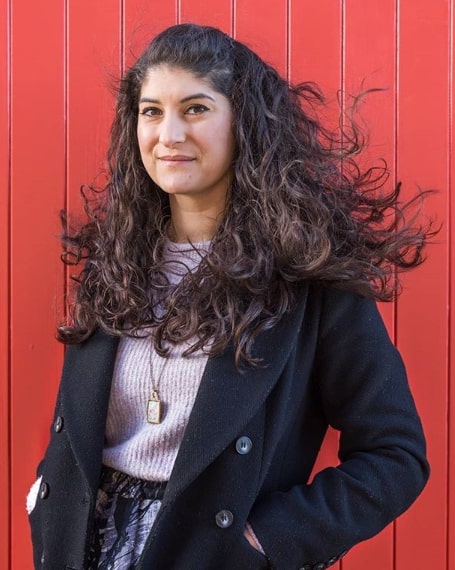 Nadine Aisha Jassat is a poet, writer, and creative practitioner. Based in Scotland, Nadine runs creative writing workshops and has performed her work across the UK. She is the author of poetry pamphlet Still, and editor of Rise an anthology from YWCA Scotland – The Young Women’s Movement. Her debut poetry collection Let Me Tell You This was released in March 2019 with award-winning publisher 404 Ink, and is described by Scotland’s Makar Jackie Kay as a ‘powerful, punchy debut’.

Nadine’s work explores storytelling and social justice; and how through the telling and sharing of our voices and stories, we can reclaim power and voice, as well as hold on to resilience and connection. Her work delves into themes such as racism, gender-based violence, and the restorative bonds between women, family, and heritage.  You can read/watch examples of her poetry and fiction exploring these themes here:

She has been published widely online and in print, including in Picador’s forthcoming essay anthology It’s Not About the Burqa, and 404 Ink’s highly-praised Nasty Women. Her work has drawn acclaim: in 2018, she received a Scottish Book Trust New Writers’ Award, as well as being shortlisted for the Outspoken London Prize for Poetry in Film and the prestigious Edwin Morgan Poetry Award. In 2017, she was named as one of ’30 Inspiring Young Women Under 30’ by YWCA Scotland, in 2018 was named as one of The List’s ‘Hot 100’ contributors to arts and culture.

She reads across poetry, fiction (including a fondness for YA lit) and non-fiction/life writing, and she is currently reading Sing, Unburied, Sing by Jesmyn Ward.