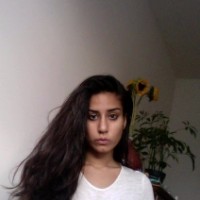 A German-Afghani creature based in London, UK. She’s a recent graduate from Goldsmiths College, University of London, and she now serves as a poetry reader for The Adroit Journal. She’s an MFA candidate for poetry at NYU Creative Writing. Her work has appeared in Connotation Press, Softblow, Lemony Lemons, and Wildness, among others. She is the recipient of a 2015 fellowship from MIEL. She has also been nominated for a Push Cart Prize for her poem, “I want to tell a story I want to tell it in its entirety.” She sometimes tweets thoughtlessly. 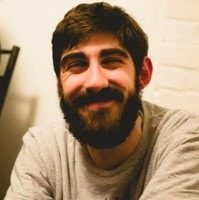 They spend their days teaching robots and their nights learning from humans, and at the same time, they enjoy producing lofi sounds under a myriad of musical monikers. They are Joe Nicholas. Author of Street Monk and Wake Dreams, they enjoy writing about the surreal and the tender, and the intersections between. Nichola’s work can be found in concis, inferior planets, The Nervous Breakdown, and Reality Beach, among others. They are currently serving as an editor for the audio mag, Liquid Animal Machine. 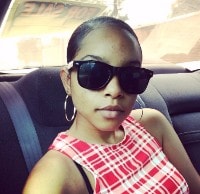 She’s a poet first. Graphic designer and entrepreneur second. She lives on the smallest island on The Bahamas and never goes anywhere without headphones or a book. She’s a scorpio, which means she runs on intense emotions and words she can never quite say out loud; poetry is her greyhound. She was first published in Literary Sexts: Volume 1 and then in Issue 16, Rising Phoenix Review, L’Ephemere Review, and the inaugural issue of Penstrike Journal. Her writing gravitates towards the ever cliché’ themes of love and heartbreak. What can she say, she’s a hopeless romantic. At some point, she hopes to publish a chapbook. Until then, she’s never not writing.