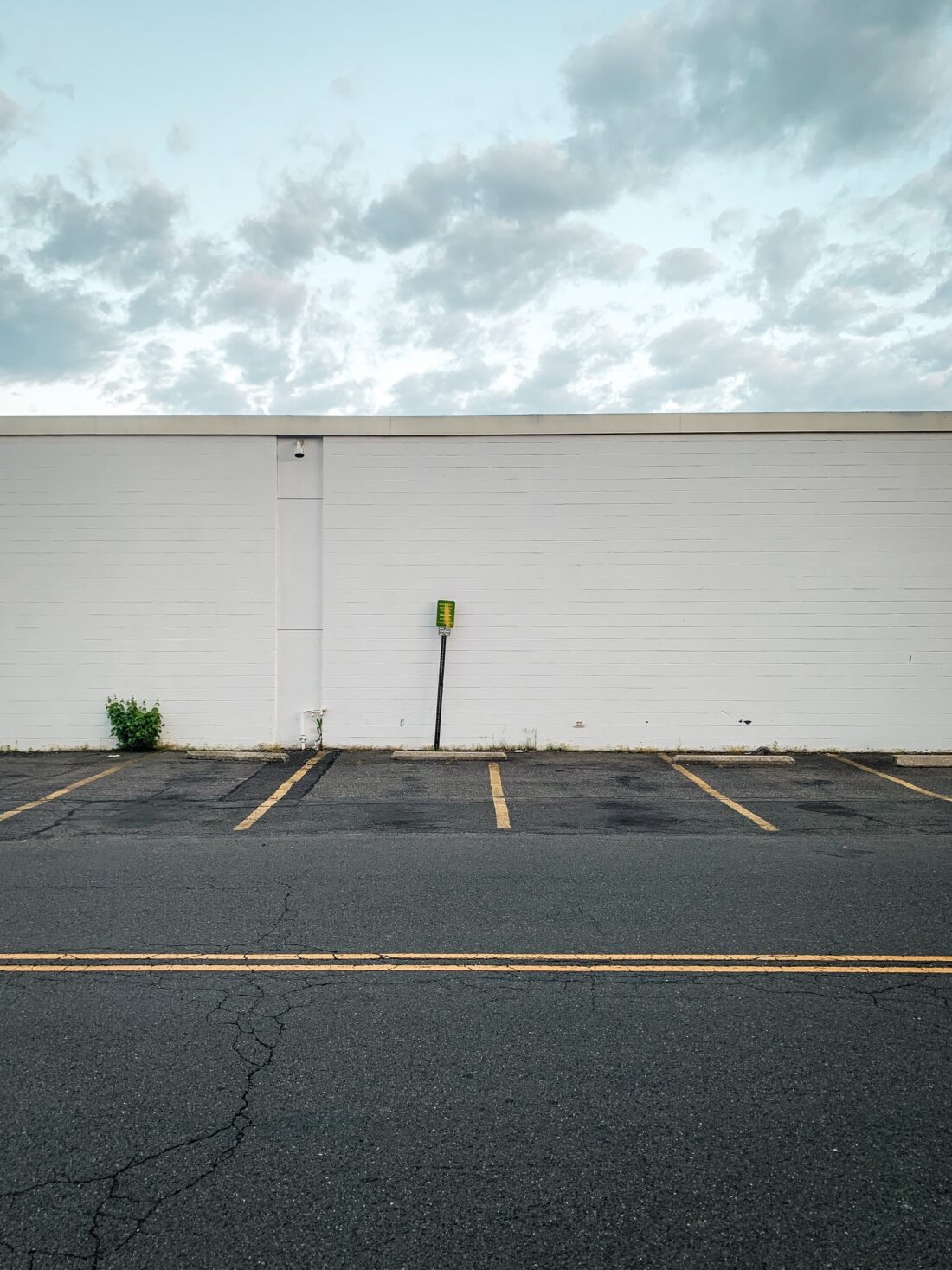 Kim bought the mobility van at auction last week. She bid $500 and won because the odometer read 106000 miles and the motorized ramp didn’t work. She paid the extra $50 to get the personalized plate because she always wanted one and the van was so cheap. The license plate will read KIMVAN8 because KIMSVAN wasn’t available and Kim’s favorite number is 7. KIMVAN6 and KIMVAN7 were also taken. She briefly considered KIMZVAN but hated the idea of that kind of purposeful misspelling.

Kim parks the van behind the Italian place on Tuesday night before her shift starts. The back is so big she can change her clothes, fix her makeup and hair, and lay down for 15 minutes with the body pillow she picked up at target for $10. Michael knocks on the window. No upgrades means Kim has to crank the window down.

Kim grunts and holds out her hand for a cigarette. She’s been bumming from Michael so long she doesn’t need to ask anymore. Michael brings a cigarette to his lips and lights it, taking one long drag, before he slides it between Kim’s fingers. She’d be annoyed that he always does this, but the cigarettes are free. She doesn’t know that Michael licks the tip of every filter because he likes to think about his mouth on her mouth while she slings the shitty Italian food he cooks on the line all night.

“When does your shift start?”

“I can get away,” he says, dick already pressing into the front of his pants. She cried off the last two times Michael asked for a quickie in the parking lot. She doesn’t want to lose the free smokes and it’s been a few weeks since she got off.

Before she heads out onto the floor, Kim grabs a name tag from a random locker and pins it to her shirt. Danny gives her shit when she doesn’t wear a name tag, but she lost the replacement he printed for her last week. JOSE. She can spin this into JOSIE for the night with a sharpie and a perky attitude.

Danny reminds the staff that its never ending pasta bowls for two more weeks. Everyone groans. Tips will be shit and customers will be assholes. Only the poor or the stingy rich eat bottomless bowls of pasta. Kim doesn’t care though, because her tips are always shit anyway. She’s an inattentive and frequently unfriendly server. Danny keeps her around because her tits are big, her pants are tight, and he hopes he might be able to get her to fuck him in the tiny manager’s office once he gets promoted to GM.

Kim’s first two tables are older couples catching the early bird specials which are the same as the all day specials. Bottomless bowls. They tip decent, but only because they keep calling her Jose. “Josie,” she corrects them. “Jo-sie,” again and again.

The dinner rush picks up at 6:00. Kim’s next 2 hours are a blur of salad bowls and reruns to the kitchen for pasta refills. The policy is to refill empty bowls only. So people will stuff it in trying to finish a bowl so they can take home a refill for leftovers. Kim’s seen a family of four go through 5 bowls before, but only once and they skipped the salad and told the kids not to eat any breadsticks when they thought Kim couldn’t hear. She made 3 bucks on that table, but she respected the hustle. A table of 5 young guys in Kim’s section slows at bowl four, but requests a fifth so she thinks she might see the record broken tonight.

When she clocks out for her first 15 at 7:20, Danny catches her before she makes the parking lot.

“I’ve been here since 3 and this is my first 15.” Kim won’t be able to avoid him forever, and she knows he wants to tell her about the family that complained because she rolled her eyes when they asked her for iced tea to go. “After break,” she says, her voice trailing up at the end the way it used to when her dad said no to something. When Danny shrugs, she slides past him just close enough for him to think she might be interested.

Kim sits on the floor of the van with both sliding doors open so a breeze ruffles her hair and cools her neck. It feels like it should be night because she’s tired, but it’s still summer in September and the sun’s just starting to make its way down. In her rush to get past Danny, Kim forgot to grab a smoke from Michael’s locker. She feints smoking. She plays at relief without feeling any.

Three tables have stiffed her when she gets back from break. Some of the servers have started working through their breaks because tables don’t tip when servers leave. Kim knows this, but she takes every second off the clock she can get. Rush is over by 8 and she meanders through her side work. She’s on cutlery tonight, a gift from Danny despite the customer complaints that Josie is a grouchy server with dirty hair.

Kim watches Diane scrub under tables and along the faux wood paneling. Diane isn’t like Kim. Diane tries. Diane really scrubs. Diane folds the cutlery just so. Diane smiles at all her tables, even the stiffs. Diane’s never walked off the floor with a table still sat. Diane can eat shit. Kim rolls cutlery sets into green linen so washed out it looks grey. Sometimes, Kim slides two knives and no fork into the folds because she likes to think about the day servers running back and forth to the kitchen for phantom forks. She knows they’ll ask the day manager who was on cutlery last night. She knows they’ll groan and roll their eyes when they hear her name. She knows they’ll complain to the day manager who will complain to Danny who will do nothing but give her cutlery again because he’ll never stop wanting to see her with her clothes off. And Diane will keep scrubbing because nobody wants to see what Diane is hiding under that starched white collar, those polyester pants.

Kim takes her 30 at 9:00. Michael quits the line leaving the new guy in charge. He lights her a smoke and she unzips her pants. In the back of the van, Michael goes down on Kim until she’s done with the cigarette. She flicks it out the open window and props the pillow under her pelvis. When Michael thrusts, the van lilts backward like someone’s trying to reverse with the parking break on.

Kim sighs into Micheal’s shoulder. She’s putting it on; the sigh, the rhythm, the small moan that escapes her lips. She can’t think of anything better than Michael pumping into her in the back lot of the parking lot on a Tuesday night. But it’s still Michael in the mob van in the parking lot.

At first, she thinks she’s imagined a face behind the dingy glass. But when her eyes focus, she sees Danny panting, his breath fogging the glass like she used to when she was a kid in the car listening to her mother go on about grades and good girls and nice boys and getting out. Kim never listened. But Kim is right where she wants to be with Danny panting and Michael grunting and a quick shove of her hand telling Michael to pull out. Danny’s eyes roll back in his head and Michael splurts warm and wet on her stomach.

Kim doesn’t see Diane until she crawls out of the van’s sliding door. Diane watches Kim button her shirt and wiggle the tie at her throat. Diane wants to scream. She’d like to run right back into the dining room and tell everyone that she caught Kim. Diane wants to see Kim squirm. But Kim just slides the van door closed and smiles as she brushes past Diane utterly confident that Diane will stay standing there in the twilight with the hot stink of decay, the flies and night bugs buzzing around the single light halfheartedly illuminating the now empty van.