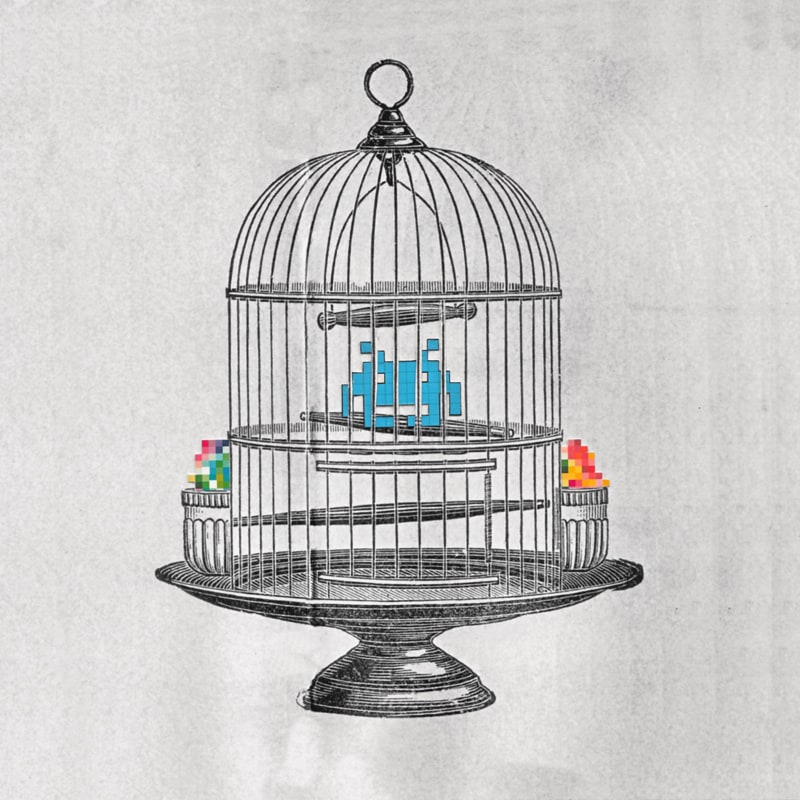 
It was probably a coincidence that I was dreaming about buying a pack of cigarettes from a convenience store when the annoying cash register beeping that I assumed was my phone alarm woke me and I found myself standing in an actual convenience store trying to buy cigarettes and discovering I didn’t have my wallet in my pajamas. So I pocketed a pack. And then I was hiking up my pajama pants and running through the store and away from the cadaverous blue cashier who according to the height strip near the door stood around eight-foot-five. And wondering as I ran why their height strip goes that high and if I might stab the cashier with asparagus because it’s pointy. And why no one has yet claimed the moniker The Asparagus Assassin because how cool would that be. And why this convenience store even carries asparagus because that’s totally not why you come to a place like this.

I had just decided to head back toward the asparagus bin when the blue guy whose name tag said “Gus” stopped running though he wasn’t out of breath because he didn’t seem to breathe and started throwing loaves of Wonder Bread at me, which didn’t hurt when they hit me, and also cans of Chunky Soup, which hurt a great deal. After the fourth can bounced off my skull I tripped around the corner of some shelves and cried out for a cease fire so I could collect my thoughts and any bone fragments I might have dropped. Gus obliged. I sat quite sheltered in the paper towel aisle and refused to steal a roll to soak up the blood because that would be wrong and accidently thought of my seven girlfriends whose names I couldn’t keep straight and whom I called by the days of the week, which made me cry a little, which tempted me more than ever to grab some paper towels, but I resisted. I wiped my face on my sleeve and ran my fingers across my bloody head while looking down and noticed that I didn’t recognize these pajamas, and not only because of the bloodstains, and then discovered that the cigarettes I stole were in neither hand, or indeed in my possession at all, which made sense come to think of it because I don’t even smoke.

“Why are you throwing things at me?” I called out.

“Because you ran from me,” the big blue man said.

“Because you’re big and blue,” I said.

“Did I steal cigarettes from you?” I asked. “I don’t seem to have any on me.”

“Except I can’t,” I said, “because my pants are too long, I’m just now noticing, and I think I keep tripping.”

“You little thief,” Gus said. “I thought it was just cold in here. You stole my pants.”

And then the soup cans came flying again, pinging against the shelves around me like the world’s worst alarm clock. At least they were cans of cream of asparagus soup. I would have been disappointed otherwise.

“I like it when things make sense, Gus,” I yelled.

“My name’s not Gus!” the blue man yelled back.

Aaron J. Housholder teaches writing and literature at Taylor University in Upland, IN. His work has appeared or is forthcoming in Five2One Magazine, Flash Fiction Magazine, freeze frame fiction, CHEAP POP, Ruminate, and elsewhere. He serves as the Fiction Editor for Relief Journal. You can find him on Twitter @ProfAJH.