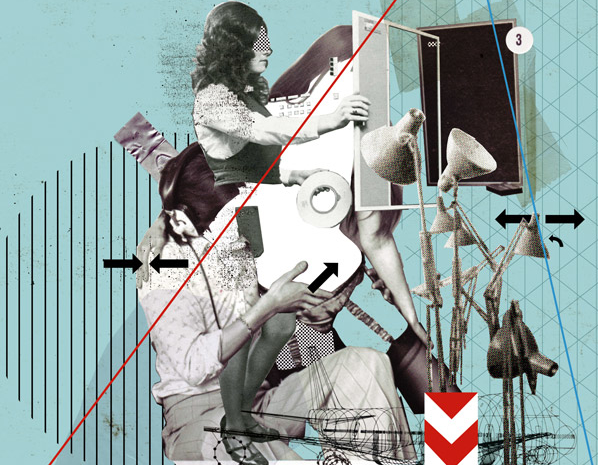 Steven banged into the computer keyboard, he had his handwritten list of medical conditions beside the screen to remind him of all the things he needed to do more research on. It was so much easier when he could still go to visit the university library. He had access to all the medical journals and reviews without having to pay any subscriptions, but that was impossible now, that place was just so full of potential pathogens and hidden dangers, the elevators were so old that they could collapse through the shaft at any time, surely killing everybody inside. The stairs were always slippery and so full of people, it just wasn’t safe for Steven, not with all his current health problems. No, he would have to make do with what he could source from his own computer. Besides, he wasn’t altogether sure if he would even be allowed to access university intranet because he had deferred his third year. He was technically not a student at the moment. He allowed himself to think about the friends from his undergraduate course and wondered how they were doing, did they ever think of him? He felt angry and resentful, a few had come to see him while he was in hospital but nobody contacted him in the last six months. Sure, they had invited him to meet up with them on a few nights out at the start, but how could he go? He was ill, why did nobody understand this? He shook his head and forced himself to get back to his list of items for research. There was no point in dwelling on the past now, he just had to try to find out what was wrong with him once and for all and get cured, then everything could go back to normal.

He was halfway through his list of conditions that have headache and backache as symptoms when his stomach began to cramp and rumble. He knew that he should go downstairs to the kitchen and fetch something to eat but he knew his mum had not cleaned it yet today, she had gone to work early this morning. He couldn’t cope with the thought of having to touch dirty dishes or use a counter top that hadn’t been sterilised to prepare his food. There was the burning in his gut again. This was Steven’s next mission, to research if there were any other bacteria that could be causing these digestive symptoms. The tests he had in the hospital only tested for Helicbacter Pylori and they said that it had come back negative, although he doubted the efficiency of that place. He wondered if they knew what they were doing at all. After all, he was still so unwell and they had just discharged him! Allowed him to go home where anything could happen to him, they could find nothing wrong, even after the battery of tests that they put him through. He considered them all absolute idiots.

So far today, Steven had found some interesting articles about kidney problems which could easily account for his chronic lower back pain. He knew from his anatomy studies that the kidneys were an organ that was incredibly susceptible to disease and injury. He could only hope and pray that he didn’t end up needing to use a dialysis machine. All he knew was that this mysterious illness had damaged his kidneys and the scarring inside these organs was causing pain for him every day. He was convinced that his urine was a funny shade of yellow too. Then again, that chiropractor he saw two years ago had mentioned a slight bulge in one of the discs of his lumbar region, this could be contributing to the pain also. He sighed and stood up, stretched out his arms and made a loud yawn. Why was he always so tired? I suppose it didn’t help that he suffered from insomnia and even the sleeping pills prescribed by the doctor were no longer having the desired effect. He was tossing and turning all night long last night again. Even in his fitful dreams Steven worried for his failing health, he had dreamt many times of his own funeral. He saw himself laying in his coffin, his mum weeping over his embalmed waxy features. She would have to believe him then, she would have to understand the suffering he went through. Her and all those idiot doctors.

Steven’s headache was so bad that he needed to take some extra strength aspirin, the only painkiller he had access to because his doctor would no longer prescribe for him the tramapine he needed to cope with all these migraines. She suggested that he take up walking every day. He was having agonising headaches and she tells him to go out for a walk! How could he possibly walk with his back in such a state? He did worry about the effects of the NSAIDs on his already weakened kidneys though, he had read a lot on how excessively taking these could harm his other organs too, but he just couldn’t be in pain all the time, it wasn’t good for his mental health.

He heard his mother turn her key in the front door and knew she would soon come up to see him and he would have to endure her questioning about his daily routine. Sure enough, he heard her footsteps ascending the stairs and he braced himself. She knocked gently at the door and let herself in. “Hi Steve, how are you? What you been doing all day? Did you have your lunch?” “I’m ok, been on the computer and haven’t eaten yet”. “Steve, you need to start taking better care of yourself, come down and I’ll fix you something”. “Can’t you bring it up here please? I’m in the middle of this”. “It’s so stuffy in here, and the smell of bleach is terrible, at least open the window please”. “ No, I’m cold”. It was easier to say that than to explain to her about the amount of airborne germs that would come flying in the window, permeating the safe confines of his clean bedroom. It was for this reason that he also closed the vent on the window, he could see a black residue forming on it which he had been removing daily as he cleaned all the surfaces with alcohol wipes. He simply couldn’t run the risk of any dampness or mould getting into his bedroom. She relented and went to the kitchen to prepare lunch (using the gloves that Steven insisted she wear while handling his food). He even had enough time to research some new cleaning wipes before she arrived at the door with a chicken salad sandwich (with the crusts cut off and cut into triangles, obviously).

Steven entered the small en suite bathroom (which he mercifully didn’t have to share with anyone else) and implemented his daily routine of bleaching the toilet, sink and shower. His mum had taken to buying the cheaper bleach in the supermarket and he wasn’t truly convinced of it’s efficacy compared to the premium brand, but he would have to persevere nonetheless. He made a note on a post it to check out reviews on these products online that he could find out which brands were the best.

His headache grew steadily worse throughout the evening and his back ached. He felt like throwing up and yawned relentlessly. He googled all these things together several times but the symptoms were far too vague, it could be anything from influenza to Ebola. He toyed with the idea of leaving the house to visit his doctor for help, but today that was out of the question. He tried to remember the last time he had actually left the safe and sterile confines of his bedroom, it was probably three weeks ago. He had everything he needed here, his bed to rest, his computer and his own bathroom which nobody else could use. About six weeks ago he had removed everything he considered superfluous to his needs from the room. There were no more pictures on the walls and he dumped all his old books and clothes to minimise dust and dirt in his habitat. Besides, it made it easier to deep clean the room every day when there were less surfaces. Perhaps he could source a new doctor who would do house calls? Then he could stay here and be safe, better than running the risk of picking up something else along the way. Doctor’s surgeries are the worst place for a sick person to be, that is well known. Steven felt the familiar nausea rising in him once more and he darted to his bathroom, no sooner had he lifted the toilet lid but he vomited violently into the bowl. I knew mum hadn’t been careful enough preparing that sandwich, he thought. He stood for a few more moments to make sure that he had emptied the contents of his stomach and then used some wet wipes to clean his face and the confines of the toilet, he would need to bleach this again, of course.

He lay on his bed and curled up under the blankets. His head was pounding so much that he imagined his frontal lobe escaping through his nostrils, and he was nauseas too. Perhaps some rest would help him to feel better, so he shouted to his mum to tell her he was going to sleep, and she opened the door to say goodnight. “It is so stuffy in here Steve, can’t you open the window even a little bit?”. “No” he barked. “Good night mum”. She sighed and wished him a restful sleep. Steven closed his eyes and soon drifted off.

Steven never woke up, the coroner ruled his passing as accidental death by carbon monoxide poisoning. The oppressive confines of his room and the blocked vents made the levels of the dangerous chemical escalate. This, coupled with the fact that he never left the place caused him to have all the symptoms he had extensively recorded on pieces of paper. His mother admitted that she had no idea he was really ill. As far as she was concerned he was recovering successfully from a mental breakdown brought on by the stress of his studies, she had hoped a year out would give him time to get his life in order. She stood over his coffin, softly kissed his cold forehead and contemplated never buying bleach again.

Anna Foley lives with her husband and daughter in East Cork, Ireland. When not homemaking, she tends to an array of pets and writes short stories and poems.