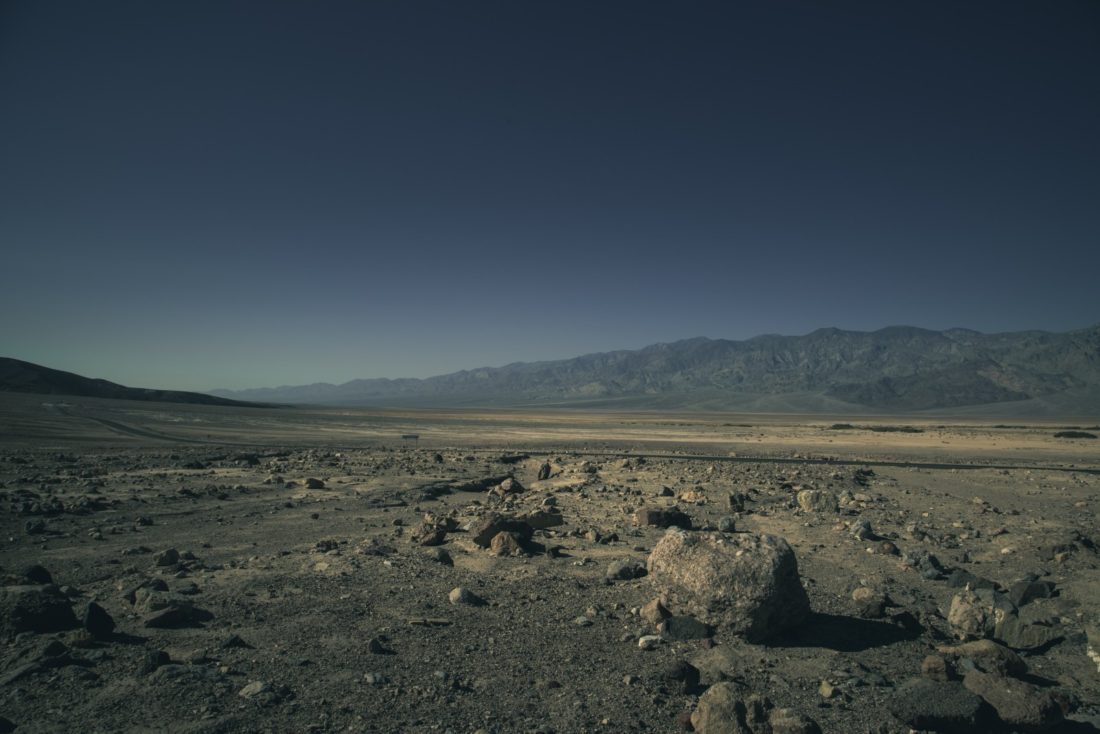 The desert isn’t a very good friend. He isn’t a very good boyfriend, either. When I heard about you meeting up with the desert for a cocktail, I wanted to slap you in the mouth and tell you that you were an idiot. Not gonna lie but I am insanely jealous. The desert is a rugged place that forgets to shave and makes you stay out late and miss your dad’s funeral just to look at the stars. Wow, rude!!!! Its perverse sunrises make you forget what you were doing and where you are going. Its dry air and sun steal the only moisture you have left. Have fun I guess, but just know that one time, the desert and I had a thing.

We met on the sixth day, when I counted seventeen adorable white pus-filled pimples on His hairline and along his brow and along the back of His neck. The pimples were begging everyone that saw them to drain them and free them from His face.

Upon waking, His lacrimal caruncle was often filled with so much gray sand that he eventually gave up trying to remove it.

“I will just live with the discomfort,” He told me.

“Yes, I do that all the time,” I lied. I rubbed my eyes super–hard and exaggerated to show Him how okay I was with being uncomfortable. I wanted Him to think I was as tough as I looked.
The skin right below His eyes and cheeks were a bright pasty white from a tan line created by $300.00 polarized sunglasses. When He told me that his sunglasses were Japanese and could float in water, I felt a wet wrench of pain tapping in the center of my chest, reminding me of the brevity of my existence and also that the world in which I existed in was so extremely cool.

I bowed in gratitude to the sheer essence of life and when two people asked me what in the hell I was doing I told them I was on my period.

Two weeks in, His nose wasn’t a nose anymore, it was actually a mottled patchwork of creamy, opaque, flakey skin quilted sloppily to a yellow-red four-by-four inch blister. (I knew its precise measurements, because, while He was sleeping, I measured it with His iPhone tape-measure app). As His skin began to resemble filo dough, I started to apply my calendula sun-cream to my nose.

As much as I needed a change in my life, I needed to keep my nose. Back then, I was using it everyday.

A few days later, as I watched Him drink his morning coffee with an unacceptable amount of Bailey’s Irish Cream, a two-by-two inch fleck of dry skin from where His nose used to be fell into His mug. As He carefully fished it out, I marveled at how His body worked so hard to create such a perfect piece of skin just to throw it away.

I found myself touched beyond words and I started to cry. I cried so much that I got a perfect headache. When I was able to muster words again, I asked Him if I could trouble him for a DNA skin sample. He said no. I began to laugh so hard that the echo of my laughter scared everyone else nearby. I laughed so much I had to wipe the drool off of my chin.

The pink raw organ that appeared in the center of His face on Thanksgiving morning was the best gift I have ever received. I had to hide my utter delight for His new nose from everyone at dinner because it was my secret, and when you are in love with the desert, it is good to have a secret.

The first four days, I would set my tent up a mile away from camp. I stopped doing that after four days because it made it difficult to make it to the box that we used to shit inside. That box was always very close to where the kitchen was erected, so for the next four days, I slept under the table in the kitchen. I stopped doing that because the propane powered stove that was turned on every morning at 6am was too loud and too hot and ruined most of the dreams I had.

I camped so high on a smooth slab of rock that I was in danger of rolling to my death, so I began camping in the brush so I could spend six minutes each morning pulling out twigs from my hair. That way, I never needed to brush, because I was in the brush…

I began camping a whistling distance away from him so I could observe his morning ritual. First, He went pee, and farted a little while He was peeing.

I never got to see what happened next because I really had to pee, too and I also needed to begin my morning ritual. I am very strict about the order of everything and it is also pretty important to oil pull as soon as you open your eyes.
Twice, we had beaches to ourselves and we laid about three eighths of an inch apart so that we could feel the rushed rise and fall of each other’s breathing. I sunk heavily into my sleeping bag and watched bats catch mosquitoes until the moon waned sadly out of sight. I counted 45 shooting stars and 31 satellites, but honestly I lost count of how many UFOs and chemtrails in the sky.

From this point on until the end of the trip, we camped a baby’s pinky finger width apart and had sex every night.

Some mornings, we would watch each other wake up. If I woke up first, I would hold my breath until He woke up or I passed out. If He woke up first He would kiss my eyelids until they were covered with so much saliva I had to pry them open with my fingers.
“I want to have children,” He said. “Cool,” I said.
“And I want to hold their heads tightly when they ache with disappointment. I want to make them breakfast, three hard boiled eggs topped with three slices of ginger. I can’t wait to wince when I hear their squeaky voices. I want to pick the lice out of their hair and take them to the emergency room when they contract swine flu. I want to learn how to drive a stick shift just so I can promise to teach them how to drive a stick shift, but then never actually do it. I want to take my kids to the Grand Canyon,” He was crying now. This was an emotional day.

“Being single is the most important thing in my life right now. It is my identity. It is a semi-recent self-realization that I will not sacrifice for anything. What I mean to say is, I don’t want to let you down when ultimately I am going to do anything I want to do and I will always make the decision that makes me feel happy and at peace with myself. Does that make me selfish? Maybe, but it’s my life,” I said.

When it was time to go, I shut my eyes tight. I reached up and cupped His cold, sandy, pink and freckled ears. His red hair was bristly like a wild boar and I rested my wrists on His thick, clammy neck. He smelled like a Bass Pro Shops fly fishing section and low-fat Pringles.  I pressed my nose to His new nose and breathed a deep breath, trying to match His breathing. I put my lips on his lips but He wasn’t pressing back. This made kissing very difficult. I pulled away slightly to lick His lips. I blew a little puff of air onto his now wet mouth.

“I want to say goodbye,” I tried to whisper in a cute/sexy way, but instead a shrill damp whine came out, confirming that I was as desperate as I acted (and also that my vocal chords were lined with sand and mucus).

All at once, a 30 foot wave from the Colorado River busted me in the face, a little refreshing but also terrible. The wave knocked me over onto my knees, stealing my breath and filling my nostrils with so much water and so much pressure that all my snot was forced out of my nose and onto my chin.

In the white water community, I think they call this a “nasal douche.”

My ears plugged instantly with the static garble of one hundred tiny bubbles.

In other words, I “got worked.”

I made the mistake of opening my mouth to scream, and water quickly made its way into my throat and into my lungs. I tried to grab and reach for something stable, something to pull me out of the water that was trying to pull me further down.

I opened my eyes. I decided that I was okay to die, that dying at 28 would be really respectable and my cousin in Washington would post on my Facebook timeline ‘Wow, miss you, love u, what a tragedy.’

I craned my neck to look around and at my feet.

I am standing on a dirty sidewalk, I am dry. For the first time in 500 days, my feet are dry.

The high desert winter sun is blaring on my chest.

I am standing outside of a nice looking movie theater in Flagstaff, Arizona.

My phone buzzes. A text message from Him:
“You are a light I never expected on this trip. Let’s run into each other again.”