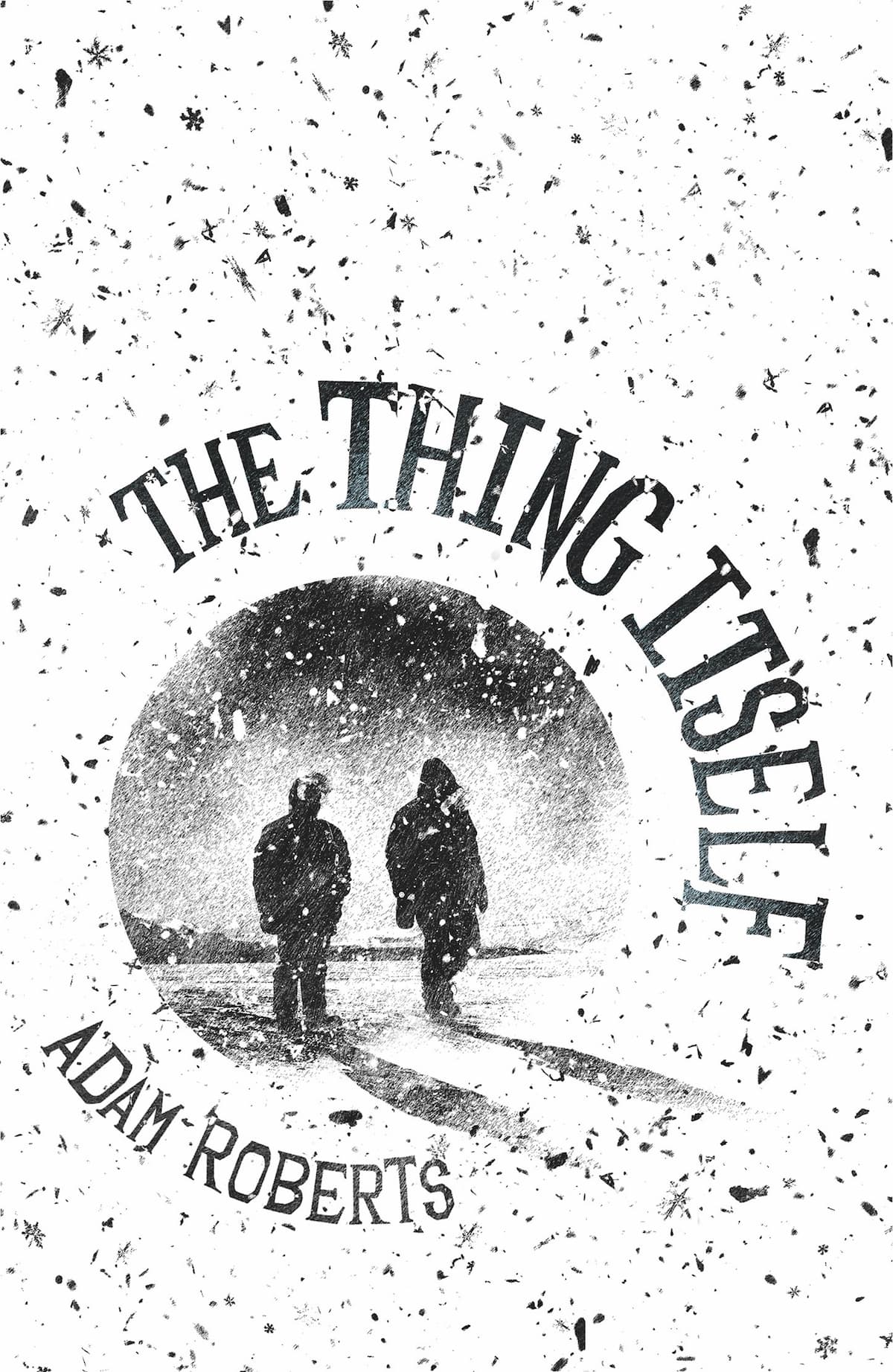 The Thing Itself | a Review

In the acknowledgements at the end of The Thing Itself, Adam Roberts admits that the novel shoehorned him into something of an awkward role: “an atheist writing a novel about why you should believe in God.” While that statement might raise flags for some, Roberts does not simply jettison his good sense or skepticism. Rather, he draws a wide and gracious line around the limits of human knowledge, and by the end simply concedes the possibility of a numinous reality beyond the fringe of human experience.

The Thing Itself is collage of short stories, sci-fi tropes, and philosophical conjecture. Put most simply, it is an exploration of a classic Kantian idea through a science fiction parable. Immanuel Kant, the giant of Western philosophy, wrote in 1781’s Critique of Pure Reason of the Ding in sich, or “the Thing itself.” The Thing, for Kant, represents the ultimate reality beyond what human beings can perceive. Kant theorized that the properties which we assume to be a part of the world—space, time, and matter—could in fact be constructions of our own consciousness. The Thing itself exists beyond our reflexive categories; it is a meta-reality that our consciousness mediates for us. Roberts does an excellent job of explicating Kant’s philosophy without too much jargon through conversations between his main protagonist, Charles, and his antagonist, Roy. Both men are scientists stationed in Antarctica, and both men despise each other.

The novel’s title and arctic setting may sound familiar to some. The first chapter in particular borrows heavily from John Carpenter’s 1982 horror classic, The Thing. The opening sequence reads like an introduction to Western Philosophy mixed with Carpenter’s taught storytelling: two men are alone in the arctic, and they are not alone. But the novel is not all parody, and Roberts’ narrative abandons convention by the third chapter, as he intersperses historically-located vignettes throughout Charles’ own harrowing journey. Individually, these vignettes read like short stories (many of them were published as such) describing instances of the Thing breaking into history through the experiences of figures living between 1600 and 2200. In this way, Roberts continues to do what he does best: taking classic sci-fi tropes and transforming them into the unrecognizable, much like the title’s eponymous monster.

Metaphysics factor heavily in The Thing Itself. This is, after all, a novel about why one ought to believe in God. Roberts’ central metaphysic is that of love, and if there is one element that blends his disparate narratives and philosophical conjecture together, it is this central human experience of desire and communion. These stories question gender identity, power, and intimacy to complexify our notions of what love is, and uses the paranormal to impart special significance to acts of love. In one instance, the orgasms of street girl warp the shape of the material reality around her. In another, a reverse-time traveler, increasingly unsubstantiated by his movement backwards through time, falls in love with a transgender youth of the early twenty-second century, culminating in bizarrely tender intercourse as the traveler slowly vanishes into a chain of unraveling relativities. One poignant chapter explores the final days of Immanuel Kant himself, describing his senile ruminations on his own failures to love honestly and fiercely. It is love which shreds—often literally—the fabric of reality that Charles is trying to overcome. This is, perhaps, because Roberts finds in love the closest analogue to the sheer reality of the Thing Itself. Charles’ failure to see beyond the veil to the Thing (Roberts will never call it God) that human consciousness refuses to engage is reflective of his own failure to love well, and indicative of his own tendency to despise the Other.

Roberts’ posture, then, is neither for or against God. Rather, he embraces—in Kantian terms—an openness to that which remains beyond our comprehension, to that which we will never disprove by our own lights. While this is no rationale for belief, it does demand that we move through reality as we know it with a certain measure of grace. It is on the value of love that the theist and atheist can both agree.

You can purchase ‘The Thing Itself’ at Amazon.