The Duplication Process Reflected in a Broken TV 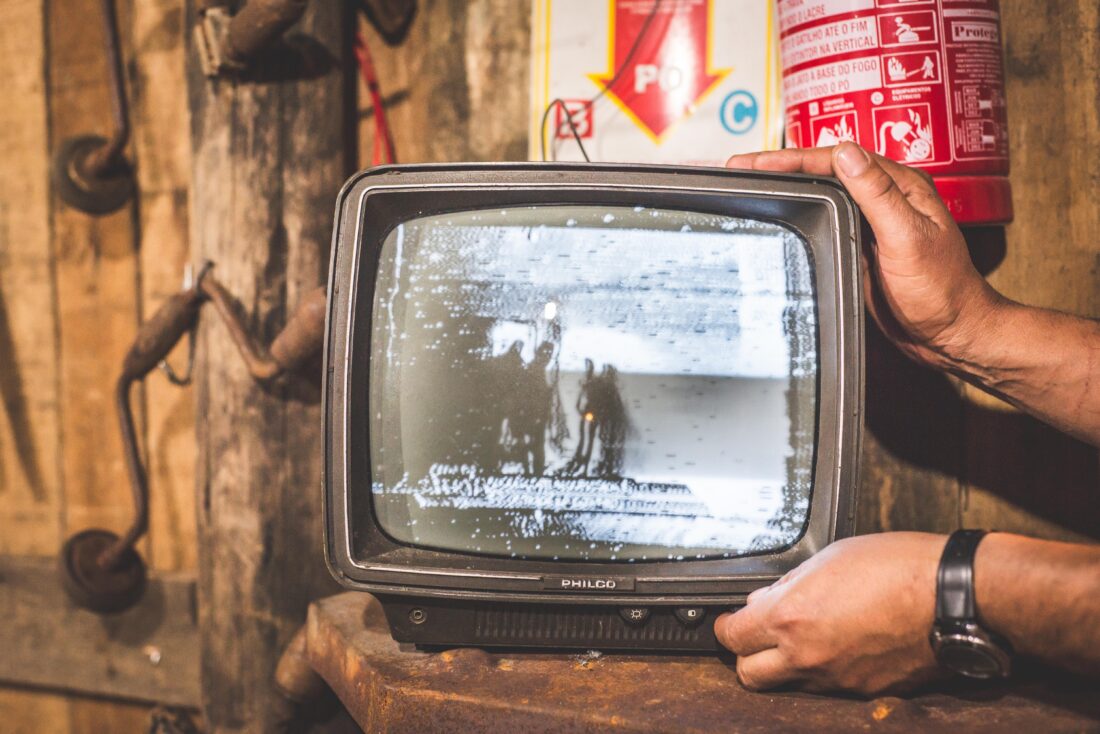 She awakes in a foreign land in a twin bed under its plaid gray duvet, surrounded by walls plastered with heavy metal posters. She’s far away from St. Louis. A memory interrupts the dream like a commercial. She’s climbing a gray, bunker-like structure in a playground in Ballwin, Missouri, surrounded by screaming children. The memory flickers away. She stumbles out of bed, realizing the rest of the home is familiar. It takes a moment for her to place it. Her body is different—heavier. It’s his home, that cheeky boy she once loved with all her heart and soul. He isn’t there. There is something strongly Soviet still about the furniture and décor of the apartment.

She thinks she is alone as she walks across the apartment, bathroom to the left of the front door out to the apartment building lobby.  Sleepily, she thinks, If I can make it through that door and overcome this heaviness, I can have all of Prague and live my life.

She wanders through the living room. There are two dark-haired women sitting on the navy sofa sipping from tiny coffee cups. She must find a mirror, so she can know why she feels so wobbly on her feet. The older woman stops her.

“You shouldn’t be up,” the woman says in his language, his accent. She doesn’t know the woman but recognizes her as his mother. She’s not sure how she understands his language so perfect. Her mouth doesn’t work, and she can’t explain her need to find a mirror to the women, nor why the way her body feels is so disturbing.

I must know what is wrong with my body. She thinks.

“There is nothing wrong with your body,” the older woman says, reading her thoughts. “Go back to bed.”

The other woman, who is around the American girl’s age, but a few years older—she recognizes her as his sister—steps toward her and takes her by the shoulders. “Come with me. I’ll help you back.”

She finds herself locked in his room, reflected in the giant TV screen stacked precariously on top of his wardrobe and wedged between several peeling, water-damaged vinyl jackets. She stares at her translucent, round reflection being consumed by the darkness of the TV screen. She realizes she’s huge with someone else’s small life. His. She doesn’t remember how it came to be, or when she left the Midwest. She hasn’t seen him in four years.

“This is the way it has been for a while,” a creaky voice from one of his ancestors echoes in her head.

She remembers waiting a long time before that in his bed, asleep like she had been pricked by an enchanted spindle. She doesn’t know when he’ll be back. She hasn’t lost faith yet. She remembers his mother repeating a mantra daily, a twisted smile and empty eyes, “You’ll give me another boy to replace him. All will be good again.”