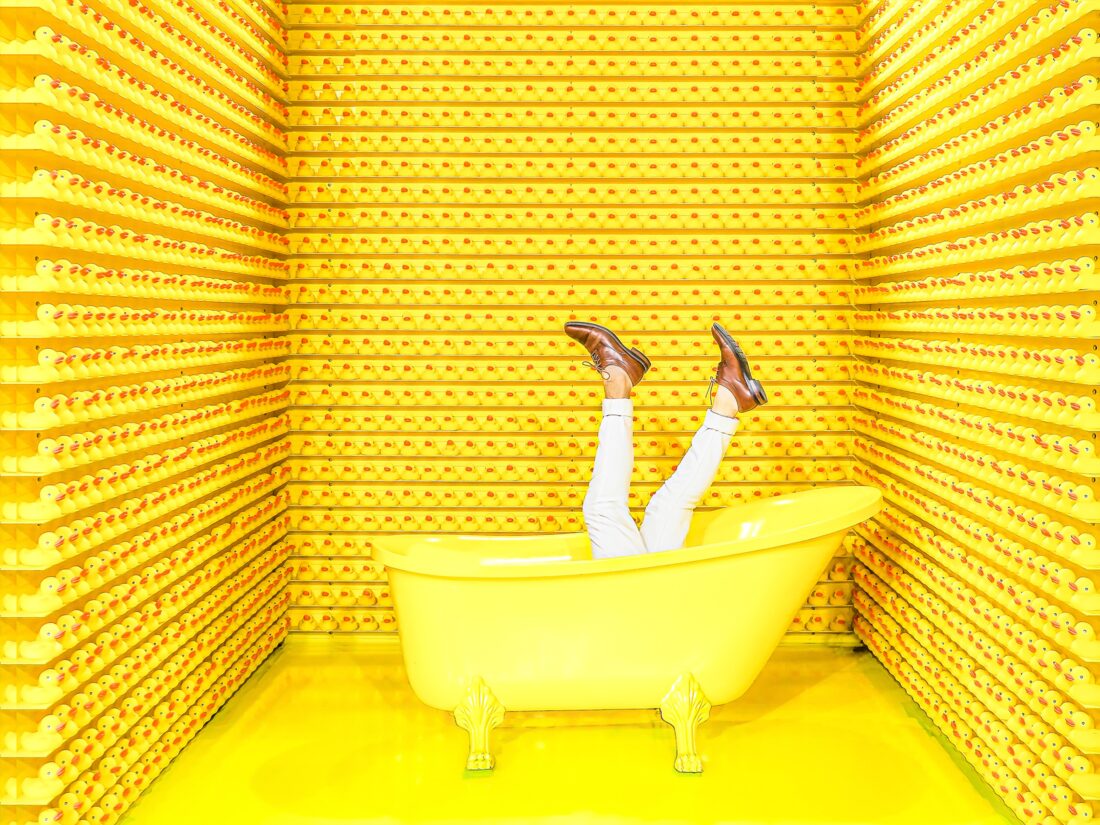 Mike Brady soaks in his new hot tub, thinking of his old wife. He’s trying to place her — the color of her hair, the shape of her eyes, and especially the sound of her voice. But it’s only the boiling water all around him. Her name far off. Sometimes, when he does this, the only thing that seems to indicate she ever existed is the dark void of the camera lens, always pointed to him, panning right and left like a slowly shaking head, as if to say I’m sorry for your loss.

During breakfast, the script had arrived on his doorstep.

Mike’s lost track of when this started to replace the paper. Likely sometime around the loss of his wife, he speculates. It calls for a series of cyclical situations written in ink so dark it’s purple if held close enough to squinted eyes. The story would go like this. He continually tries to enjoy his new hot tub, but keeps bumping into interruptions from the din and chaos of his offspring and stepchildren.

What isn’t on the script is that two of the young actors are making out on the roof above him, passing a joint between each other’s knuckles. Supposed to be playing brother and sister too. The camera tries to catch it but only produces a view of the gutter, so they’re uninclined to stop. Mike Brady sits in wide-eyed disbelief of the hijinks.

After accosting them to get down from there, he returns to his hot tub. Long enough to begin to fall asleep as he hears a laugh track combined with cheering, the kind of good-for-you-buddy hollering that rattles in his head whenever he gives the newest Mrs. Brady a tight-lipped kiss. In his sleep, there’s a hand. It’s pressing against his chest. Sleight and familiar. Then impossibly heavy, hotter than the water all around him.

He opens his eyes to see he’s under the surface. Voices overhead, his kids arguing about what to do with the dog that’s wandered into their yard. He rips out of the tub to weigh in on the increasingly raucous altercation. They stop the instant his steaming form steps into the middle of it all, dripping hot chlorine.

A teenaged Marsha finger points to his chest, “What the hell did you even do, Mike?”

He recoils, runs his hand over the area, winces with pain. A spiral-shaped bruise stretched across his skin.