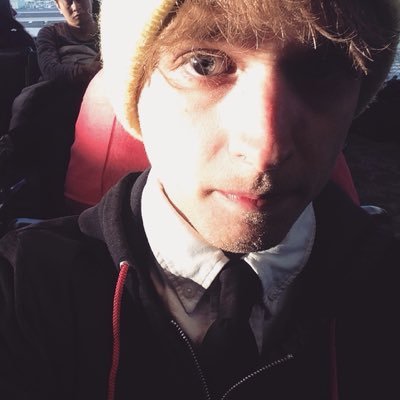 The Internet & Mindfulness with Steve Roggenbuck

Steve Roggenbuck is a poet and video artist who has published six collections of writing, as well as accumulated 1.5 million views for his internationally renown video work. He can be found online at steveroggenbuck.com.

You first started uploading videos of you performing your poetry five years ago (time is scary I know). Looking back, what did you actually expect to happen? Your poetry and your videos in tune have had a cultural impact, changing the way that people approach poetry and the current generation of writers. What do you think of that?

honestly i had a lot of self-confidence in 2011, so i did expect to make some kind of impact with my poetry, i knew i had something to offer. but i didn’t know that video would be my main medium, i thought i would mainly do written poetry. i thought of the videos as a side thing, an experiment, and something to promote the main (written) poetry, but the videos turned into the main thing, and some people even view me as a “youtuber” primarily now. luckily i am okay with that. video is awesome! i really like that people can watch hours of my work for free, and share it with their friends in a really easy, fun way. i am really grateful for peoples response to my work. it adds a lot of meaning to my life

What would you consider the strongest change to your poetry over the years?

maybe the biggest fluctuation has been in how i feel about what other people want from my work. when you primarily build your audience online, you get a lot of feedback in terms of views, shares, followers, comments, and then longer messages people send, too. so i’ve been very aware of what other people think of my work, positive and negative. for certain periods, i would cater my work more to what gets the best response, because i wanted to reach a bigger audience. it was interesting to learn what is “shareable” online, for example, and how to get my stuff circulated more widely online. then at other times, i would push back against that, posting stuff i knew would be unpopular, because i wanted to assert my freedom to do whatever i want as an artist! for most of 2014-15, for example, i didn’t post hardly any “appreciating the world” type messages (with a couple exceptions), because i felt like i created too much of a box for myself in the previous years, and so people came to always expect the same from me. now in 2016 i feel more balanced, like i can follow my heart authentically, and appreciate my relationship with my audience, too, serving them with my work while also being true to myself. i’m sure it will keep shifting, but i feel good about all this right now.

The influence the internet has had on your writing is obvious. Considering this, if hypothetically the internet did not exist in its current form or you had not been introduced to it in the same way, how do you feel your writing would differ? Do you consider this relationship between your poetry and the internet a strength?

my writing would be different in ways i can’t even imagine. and even more than how my written work would be different, i probably wouldn’t have ever made videos. video production and distribution was very different before the internet. youtube has made it way less intimidating to just make goofy videos and share them. i think my videos are “internet videos” specifically; if it wasn’t for the internet, i don’t think my videos would exist.

You have an Australian tour coming up, which cities are you most excited about reading in? Also why Australia?

i’m really excited for sydney, melbourne, adelaide, and brisbane, mainly because of cool internet people i know in all those cities. i will be meeting a lot of people who i’ve known online for years, and it should be cool! i’ve always had a lot of australian supporters, so it makes sense that i would tour there, but the airfare always seemed too expensive. this spring i researched how to get the cheapest flights to australia, and i got a really good deal, so it’s happening now!!

Who are the most underrated writers?

@postcrunk is an amazing writer who has a lot of twitter followers, but most of the literary world doesn’t know about his work or consider it as literature. they should! follow his tweets at twitter.com/postcrunk!!! also this may sound self-serving, but i would recommend checking out the Boost House catalog. we’ve published a number of writers, most of whom are relatively unknown, and they’re all my personal favorites! the books by laura theobald and raul alvarez that we published in 2015 especially deserve more attention than they’ve gotten.

If you could talk to yourself at age fifteen, what advice or warnings would you give?

i grew up in a rural area of michigan that is 95% white, and almost all my close friends as a teenager were cis white boys, so i would tell myself to seek out different perspectives on the world. i would tell myself to listen to women and girls talk about their experiences, listen to people of color, and recognize how much your experience of life has been influenced by these aspects of your identity. i would tell myself to question everything i’m taught in U.S. History class in high school, and everything my male friends told me about how relationships and sex are supposed to work. i would essentially tell myself to read noam chomsky and bell hooks, lol! i think having more perspective on that stuff as a teenager would’ve really helped me to be better for others during those years.

i’ve been getting really into Acceptance & Commitment Therapy (ACT), via Russ Harris’s books, and it’s kind of changing my life! so my thought would definitely be something about that. it might be too self-help-y for some people, but i would recommend looking into it if you struggle with overwhelming amounts of fear, stress, self-hate, unhealthy urges, or other overwhelming thoughts and feelings that push you into downward spirals of thought and action. ACT is often used by therapists to treat depression, addiction, and other mental health issues, but anyone can read about it and practice it alone, too. i have really become a fan-boy for it, lol. it integrates mindfulness training and commitment to living your values, both of which i believe in so much. probably the best place to get an overview of ACT would be Russ Harris’s book The Happiness Trap.